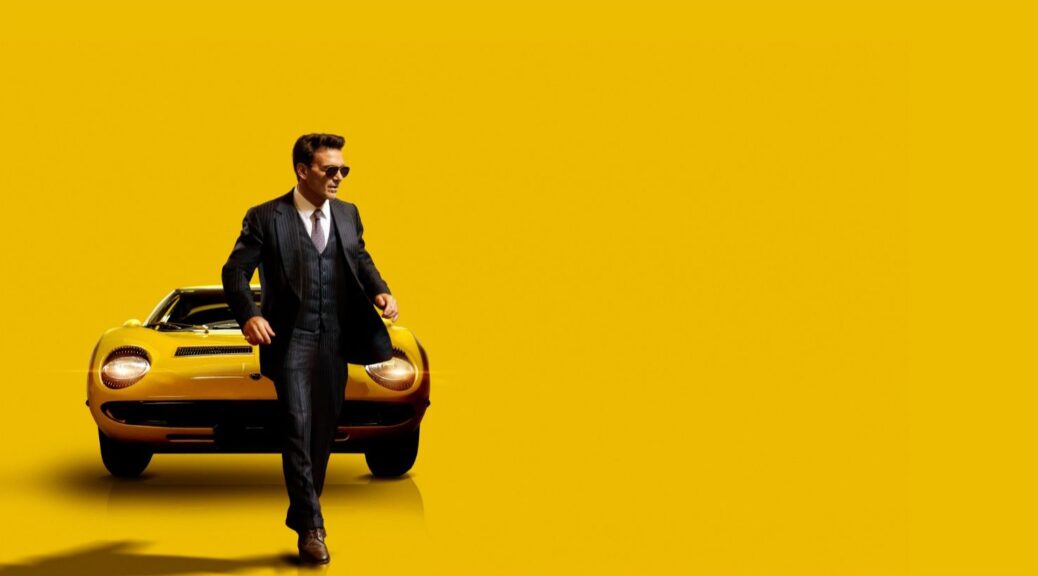 Lamborghini: The Man Behind the Legend

The name “Lamborghini” probably brings to mind some beautiful, expensive cars that go very fast. In fact, they can reach speeds that are recommended only for the most skillful drivers.

That’s very much like the approach of Lamborghini: The Man Behind the Legend, writer/director Bobby Moresco’s drive-by telling of Ferruccio Lamborghini’s rise from the vineyards to the showrooms and the race tracks.

It is great to watch Frank Grillo dig into the lead role, though. He’s been a mainstay of action films for years, but here Grillo gets the chance to move beyond a reliance on brawn for a performance that shines with passion and charisma. He’s easily the best part of the film.

It’s also nice to see Oscar-winner Mira Sorvino as Ferrucchio’s loving-but-frustrated wife, Annita. But Moresco (who won his own Oscar for co-writing Crash with Paul Haggis) is simply content to check off the boxes of Ferrucchio’s journey, never giving any of them the depth or consideration required to resonate.

Moresco frames the biography around a late-night drag race between Lamborghini and rival Enzo Ferrari (Gabriel Byrne in a glorified cameo once pegged for Alec Baldwin). As the men trade steely glares and steady gear-shifting, Moresco quickly moves the flashbacks through Ferrucchio’s return from war, the launch of the company, personal and professional strife, success, and the constant drive for perfection.

The rush to get a car ready for the 1964 Geneva auto show instantly recalls James Mangold’s Ford v Ferrari, which is not a comparison that works in Lamborghini‘s favor. While Mangold wisely chose to limit his film’s scope so we could become invested in the lives and the details of a particular mission, Moresco is just reciting all these things that happened in a famous man’s life and hoping we might care as much as he does.

That’s rarely a winning formula. The film’s constant lack of authenticity undercuts any attempt to deconstruct Ferruchio’s need for recognition as more than a poor farmer, and Lamborghini: The Man Behind the Legend just can’t deliver the horses, or the power.