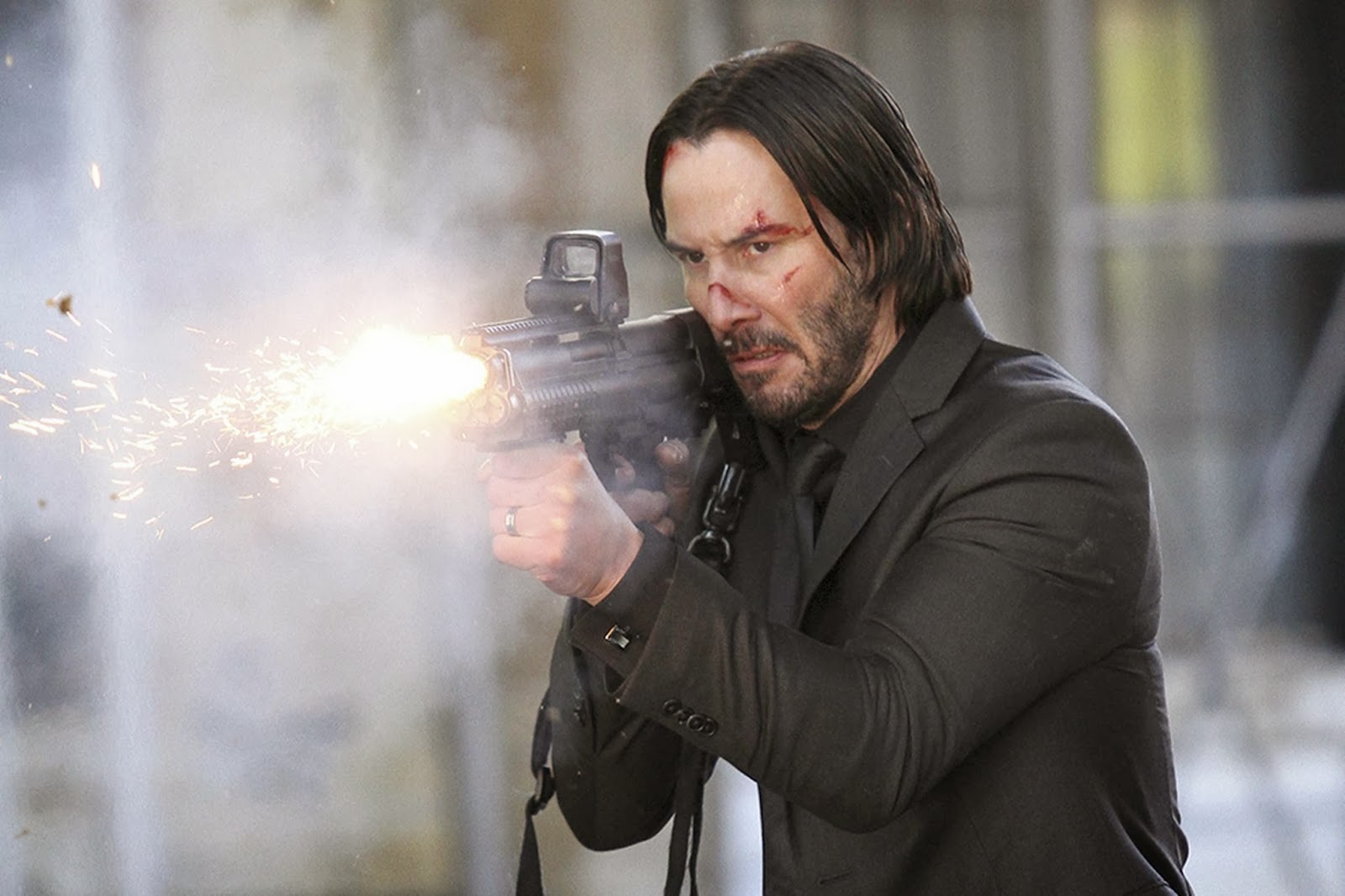 Who’s ready for an ultra-violent tale of a highly trained killer brought out of hibernation to extract bloody revenge from Russian mobsters?

It’s been a good four or five weeks since The Equalizer, so strap in for John Wick, the story of a highly trained…well, you know.

Mr. Wick (Keanu Reeves) just wants to be left alone, but when a crime lord’s son wrongs him in a big way, Wick returns to the way of the gun, and the knife, and whatever else it takes to even the score.

A film like this relies of two things:  the charisma of the lead actor and the presentation of the action. While The Equalizer scored high in both areas, John Wick only manages modest success with the latter.

Denzel Washington gave The Equalizer effective layers of humanity to offset the mayhem, and while it may not be fair to expect Denzel charm from Reeves, he should bring more to the party than just the ability to navigate the fight choreography. He doesn’t, and any attempt to peek into his anti-hero’s psyche is DOA.

Directors David Leitch and Chad Stahelski are veteran stuntmen behind the camera for the first time, and they do their best to bring new flash to the action genre, with a few visual sequences that are truly hypnotic. More often, though, the fights scenes follow a similar progression, and are backed by a brooding (but good) Marilyn Manson track to create the unmistakable aura of video game inspiration.

Including an actual scene of video game shoot-em-up doesn’t help.

The film isn’t awful, and in fact a spinoff focusing on the hotel that caters to Wick and his assassin compatriots might be a fine idea. But most everything else in John Wick gets tedious pretty quickly, and can never fully recover.