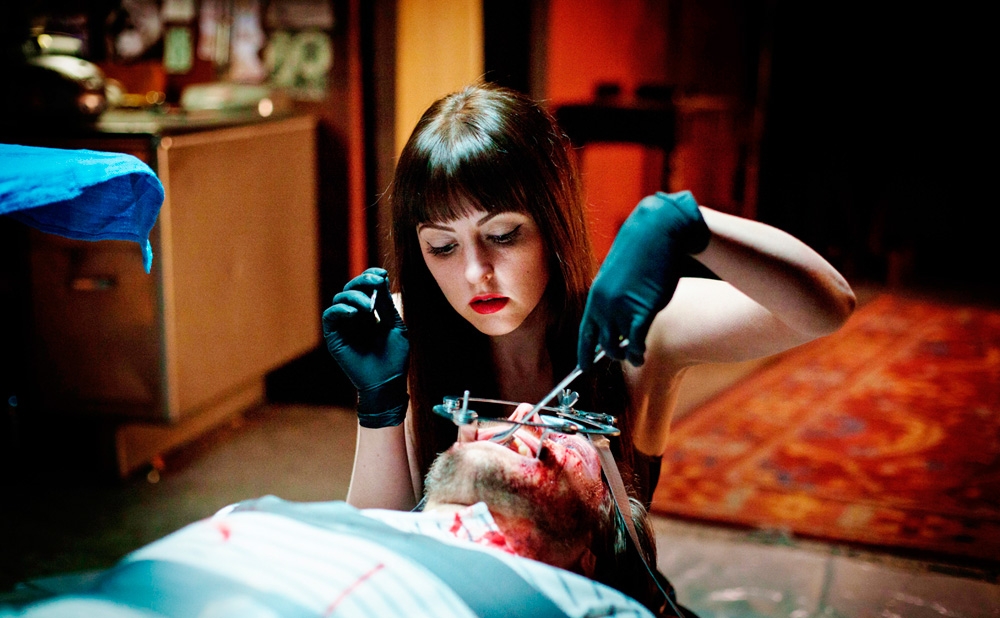 Rex Reed said of American Mary, “The acting is uniformly dreadful. The level of incompetence in both writing and direction is a scream.”

Rex Reed is high. You should see American Mary.

Isabelle is masterful, performing without judgment and creating a multi-dimensional central figure. As the film opens, Mary is a character on the verge. The Soska sisters deftly explore that moment, full of anxiety and thrill, where anything could happen. This being horror, though, it doesn’t all go quite as well as Mary originally hoped.

The Soskas’ screenplay is as savvy as they come, clean and unpretentious but informed by gender politics and changing paradigms. They also prove skilled at drawing strong performances across the board. Antonio Cupo, in particular, impresses as the unexpectedly layered yet certainly creepy strip club owner.

Were it not for all those amputations and mutilations, this wouldn’t be a horror film at all. It’s a bit like a noir turned inside out, where we share the point of view of the raven haired dame who’s nothin’ but trouble. It’s a unique and refreshing approach that  pays off.

The images are bright, crisp and classy and at the same time so very wrong – just like Mary. Like fellow Canadian David Cronenberg, the Soskas care not for traditional scares, preferring unsettling images and nightmarish circumstances. And though the film owes a debt to Cronenberg – particularly his magnificent corporeal nightmare Dead Ringers – it certainly carves out its own niche in the bodily horror genre.

The film is an accomplished effort from the relative newcomers. Stylish and fresh, smart and creepy, it’s an excellent addition to any Halloween viewing.