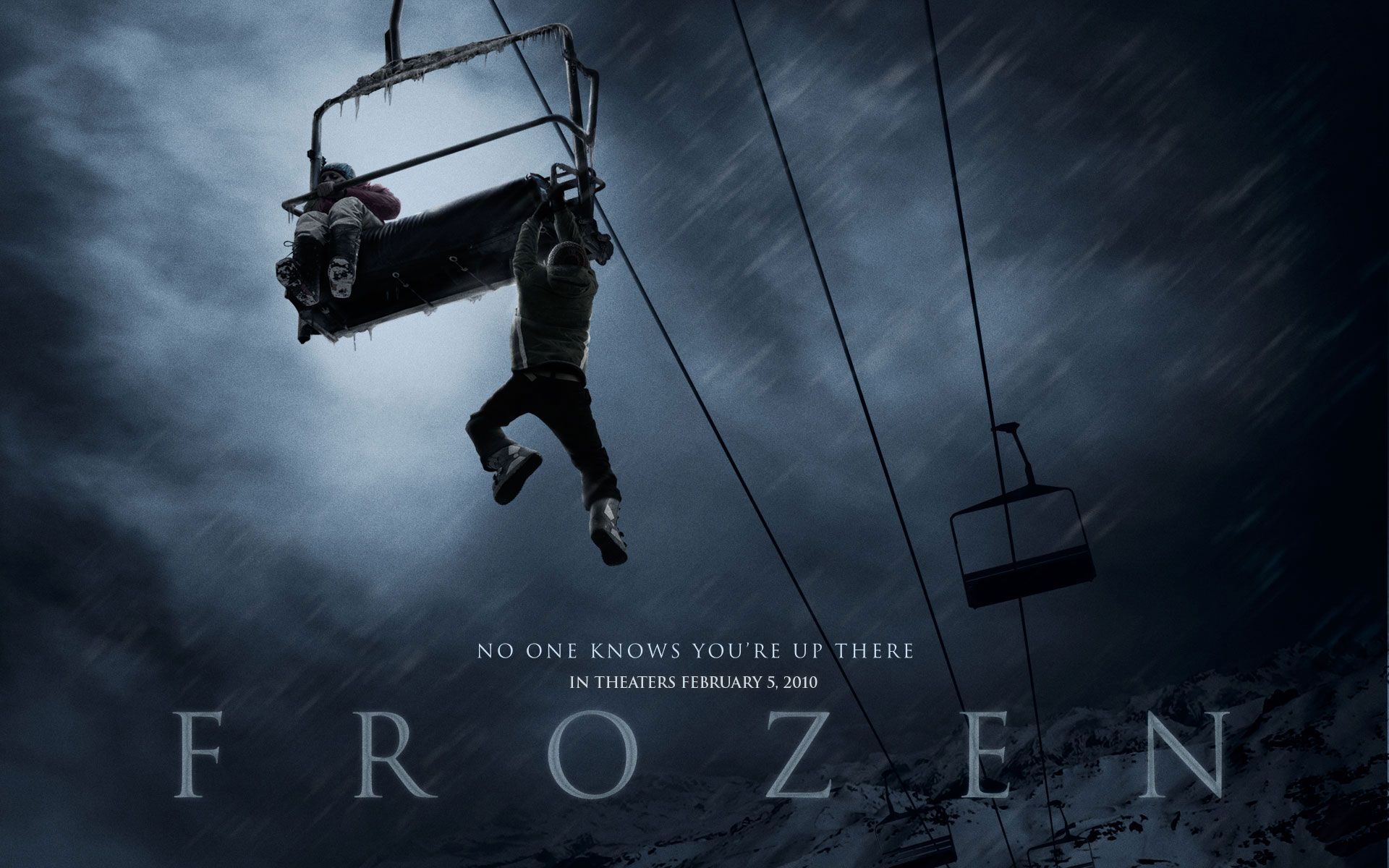 Writer/director Adam Green has made a name  in the industry with a series of unwatchably bad boogeyman slashers brimming with genre has-beens in wink-and-nod cameos. But sandwiched somewhere between the sloppy, insider splatter comedies Hatchet and Hatchet II sits a chilly tale worth finding: Frozen.

Three friends – a girl, her boyfriend and his best friend – go skiing one Sunday afternoon. They con their way onto the lift for one last run up the hill. But they didn’t really have a ticket to ride, you see, and the guy who let them take that last lift gets called away and asks a less reliable colleague to take over. That colleague has to pee. One thing leads to another.

So, three college kids get left on a ski lift. It’s Sunday night, and the resort won’t reopen until Friday.

I give Green, who also wrote, credit for crafting a brisk and usually believable flick. Sure, it’s Open Water at a ski resort, but that doesn’t mean it doesn’t work. Green and company avoid a lot of the pitfalls you might expect, not only from this type of film, but from Green’s cannon. The characters are not hateful or contemptible; their actions rarely seem idiotic. In fact, they cave in and try something dangerous at just about the point you’re thinking to yourself: “Hey, why don’t they try shimmying across those cables?”

The most effective scene, in fact, comes just after Joe (Shawn Ashmore) begins his perilous shimmying. He stops suddenly, looks all around, and starts quickly back to the chair. At first you think he’s just an enormous wussy who couldn’t even make it five feet without retreating.

There are some unrealistic prosthetics, but otherwise, Green can be pretty proud of this tense, freaky thriller. Just don’t get it mixed up with the one your kids like to watch. Irreparable damage might follow.