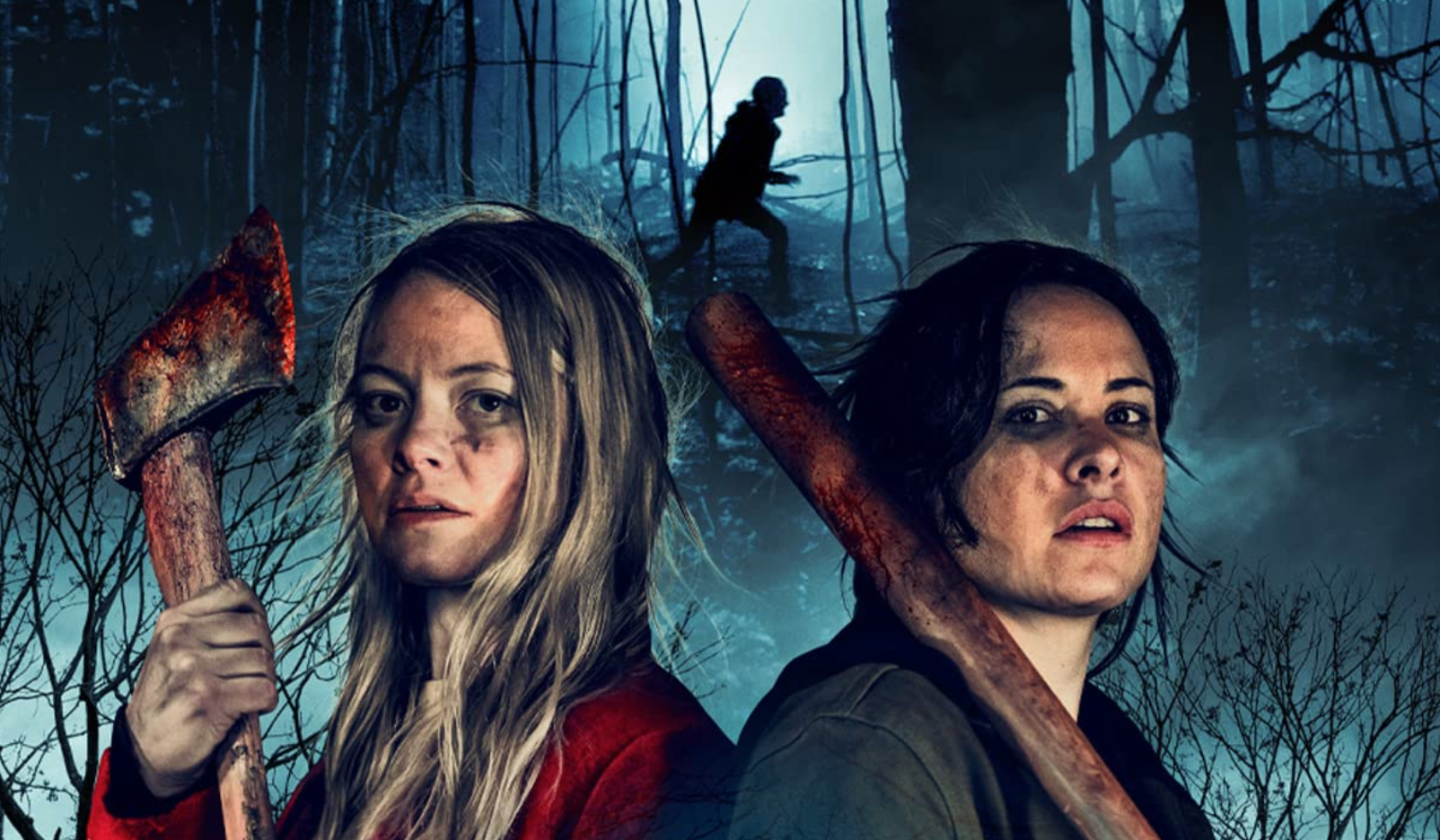 Does it matter that The Retreat is a “gay” horror film?

Renee (Tommie-Amber Pirie) and Valerie (Sarah Allen) are on the verge of making their relationship permanent, but feel like some time away would do them good. The plan is to meet Val’s friends Scott (Turbo Kid‘s Munro Chambers) and Connor (Chad Connell) at a picturesque “gay BnB” for some quiet time in the Canadian countryside.

Or let’s just call it what it is: a cabin in the woods.

Right, things escalate quickly. Scott and Connor are nowhere to be seen, and with just a touch of contrivance, the girls soon realize they’re being hunted by some sadistic Rambros (Aaron Ashmore, Rossif Sutherland).

From the minute Renee and Val stop for gas, director Pat Mills builds an air of dread and tension minus the usual gimmickry. And once the women are truly fighting for their lives, Mills keeps the adrenaline pumping with a quick pace and crisp editing that helps you forget the distractingly dark tones of the cinematography.

Writer Alyson Richards pens a lean, mean, bloody survival thriller that boasts some welcome surprises and a smart social conscience. Realized via strong performances from Pirie and Allen, Renee and Val’s relationship feels perfectly authentic, with a sexuality that’s never exploited by a leering camera. And while you may be reminded of 2018’s What Keeps You Alive, there is a critical difference.

A big part of that satisfaction is from the blunt force trauma being reserved for the action, not the message. And for those who might be ready to accuse the film of doing some undue stereotyping of its own, take a breath.

A nifty little coup de grace proves The Retreat has seen you coming all along.