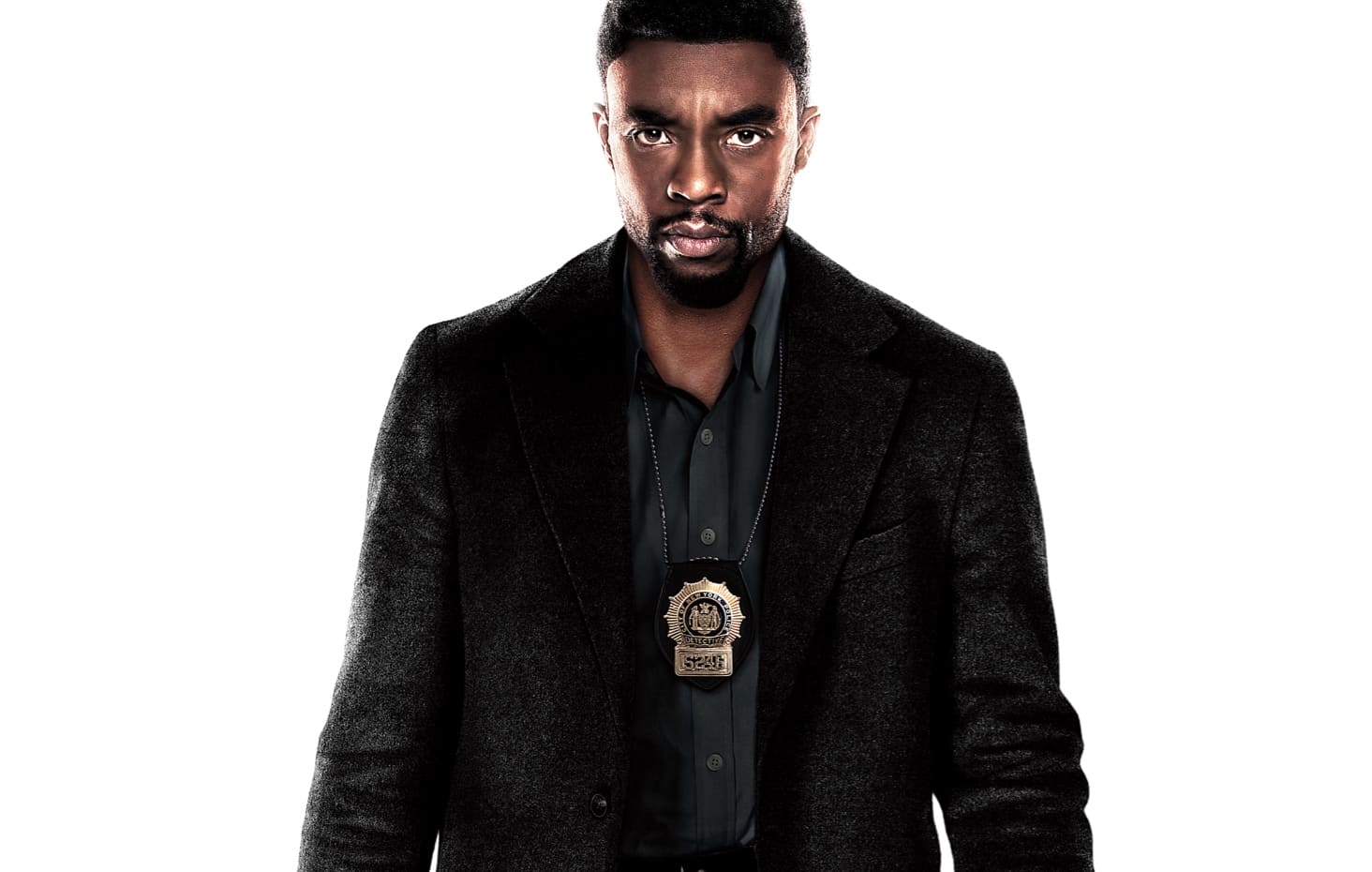 Sometimes, your team comes in the underdog. They run the same old plays we’ve seen so many times, it’s not hard to figure out the game plan. But stack that team with enough talent, and it just might succeed anyway.

Chadwick Boseman stars as Andre Davis, a NYC detective with “cop in his DNA” since his father was gunned down on duty years ago. Andre has a reputation for being quick with the trigger, which is why Captain McKenna (J.K. Simmons) is happy to see him at a bloody Brooklyn crime scene.

Eight of McKenna’s cops are dead, after surprising two drug runners (Stephan James, Taylor Kitsch) during a botched cocaine robbery. McKenna is confident Andre will enforce their right to remain dead, but the Mayor’s (“he eats pizza with a fork!” – nice) flunkies make it clear hizzoner wants the perps alive for a campaign-friendly show trial.

But first, they have to find the two cop killers. Forced to accept help from narcotics officer Frankie (“fight me or use me”) Burns (Sienna Miller), Andre is granted a five hour window to shut down every possible avenue out of Manhattan, flood the island with blue, and get his men.

Director Brian Kirk, a TV vet helming his second feature, has clearly seen a crime thriller or two. The aerial shots of the city and shaky cam pursuits are standard moves, but Kirk manages to add his own layers of grit and intensity without ever letting the pace bog down.

One half of the writing team, Matthew Michael Carnahan, has some impressive credits, and about half the time, it shows. But even when the dialogue reeks of recycled cop drama, the talent of this cast manages to put a shine on it.

Simmons adds his usual mastery to a role that could have easily been one-note, and Miller again proves how good she is at morphing into completely different looks and personalities.

But this is Boseman’s film to carry, a nice break from his run of biopics and superheroics. The film’s success at exploring the paradoxes of a life in law enforcement is due mainly to Boseman. He finds a mix of outrage and conscience for Andre that feels true, often when the story around him doesn’t quite keep up.

There’s not much freshness to be found in 21 Bridges, just the visceral satisfaction and forgettable fun of talent winning out.