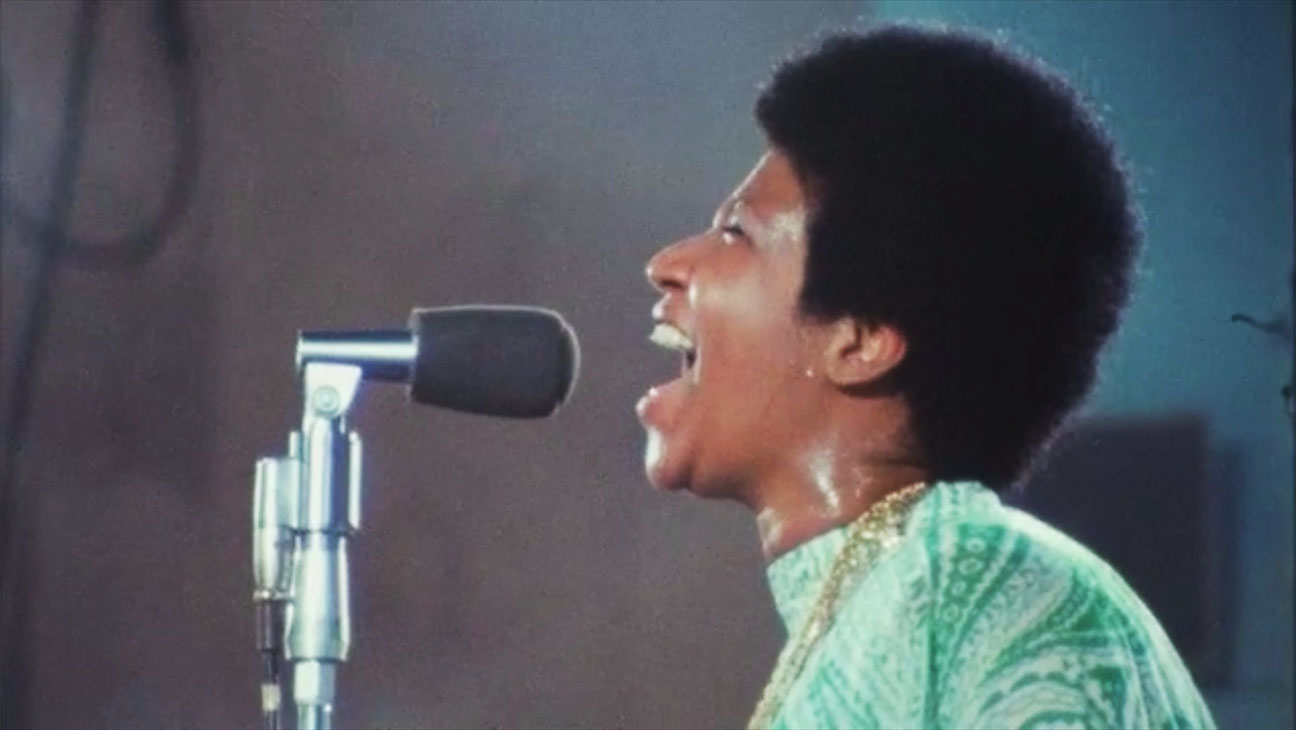 These days, singers made from technology feel more like the rule than the exception. How cosmically right, then, that is it because of improved technology we can finally witness one of the world’s greatest singers at home with her genius.

Starting out by accompanying herself on piano, Aretha dives into gospel standards and modern medleys with a transfixing joy. As Rev. Cleveland (and later, Aretha’s father, the Rev, C.L. Franklin) sing her praises between songs, the Queen seems shy, almost embarrassed by the attention.

But when the music starts again, her eyes close and the beads of sweat dot her face, Aretha seems to be giving thanks for her gift, singing straight to the heavens with a soul-stirring euphoria that moves in brilliant unison with choir director Alexander Hamilton’s sublime ensemble.

To see her here is to see her at the absolute apex of her powers. taking that voice-of-a-lifetime wherever she pleases with an ease that simply astounds. Even with the recording session stop/starts that Elliot includes for proper context, Aretha’s hold on the congregations (which include the Stones’ Mick Jagger and Charlie Watts) is a come-to-Jesus revelation.