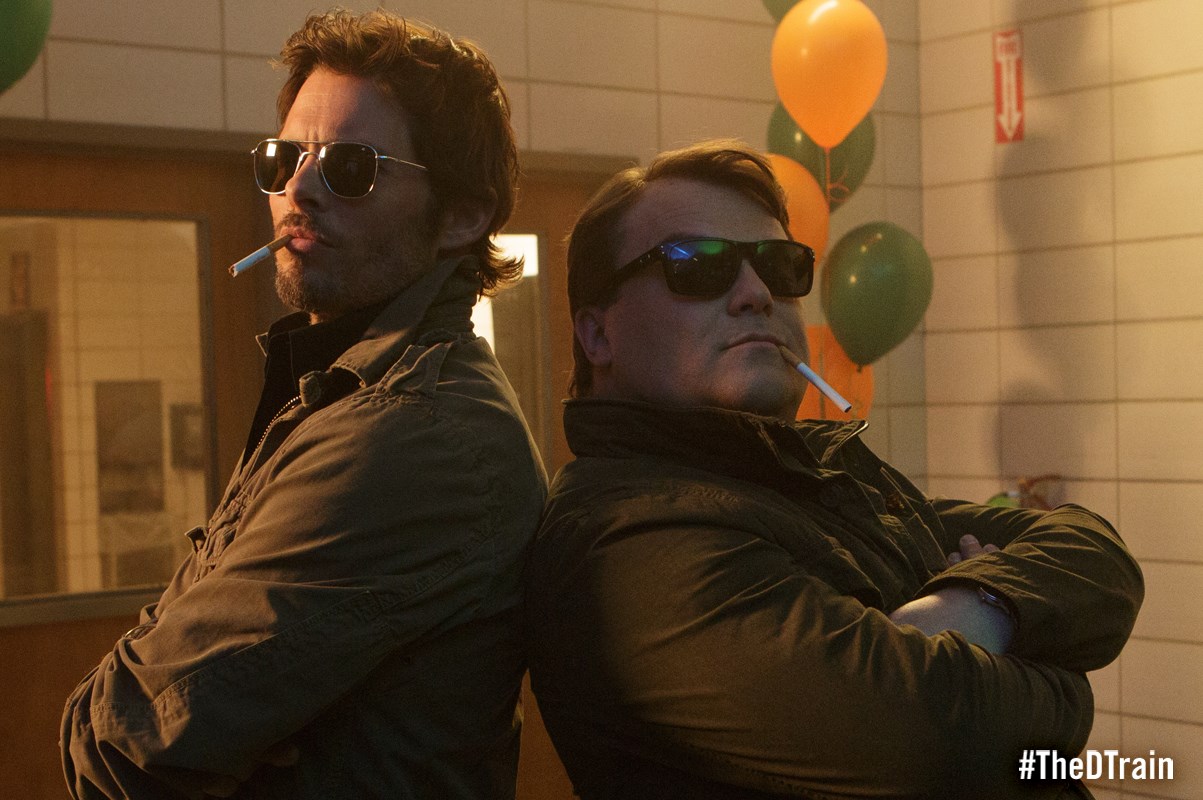 Funny thing about The D Train…it’s not really funny.

In fact, if Jack Black wasn’t the lead, you’d be hard pressed to describe it as a comedy in the first place. It’s awkward, uncomfortable in spots, slightly amusing in others and carries exactly one big laugh out loud moment. But it also has a big heart, an unexpected social conscience, thoughtful writing and fine performances that make it worth a look.

Black stars as Dan, a socially challenged guy in Pittsburgh who keeps inventing nicknames for himself in hopes that one of them will stick. Think George Costanza and his quest to be called T-Bone, but less abrasive.

Dan remains stoic and upbeat, taking his position as chairman of his 20th high school class reunion committee very seriously…even if none of the other members will include him in their after meeting get-togethers. The RSVPs for the reunion are pretty sparse, but then Dan sees old classmate Oliver Lawless (James Marsden) in a TV commercial for sunscreen and has an epiphany.

He’ll come up with a bogus reason for an L.A. business trip, track Oliver down and convince the homegrown Hollywood star to come back for the reunion. With that, attendance will skyrocket and Dan will finally be the BMOC of his dreams!

It will come as no surprise that things don’t quite go as planned. What is surprising is how the film turns away from comedic high jinks to embrace a little introspection in today’s complicated times. Writers Andrew Mogul and Jarrad Paul (Yes Man) also make their directing debut with The D Train, displaying a commendable, if not completely successful ambition to bring a classic genre some fresh perspective.

While they cast the always funny Kathryn Hahn as Dan’s wife Stacey, she is asked to do nothing at all comedic. Talent wasted? Maybe. Or maybe her sympathetic turn is another way the film keeps you guessing and consistently entertained despite the lack of hilarity.

Both Black and Marsden are perfect, crafting a nice chemistry as they gradually give Dan and Oliver some layers of insecurity and misconception that may look pretty familiar.

You won’t be quoting many lines from The D Train at your next party, but you won’t be regretting the trip either.