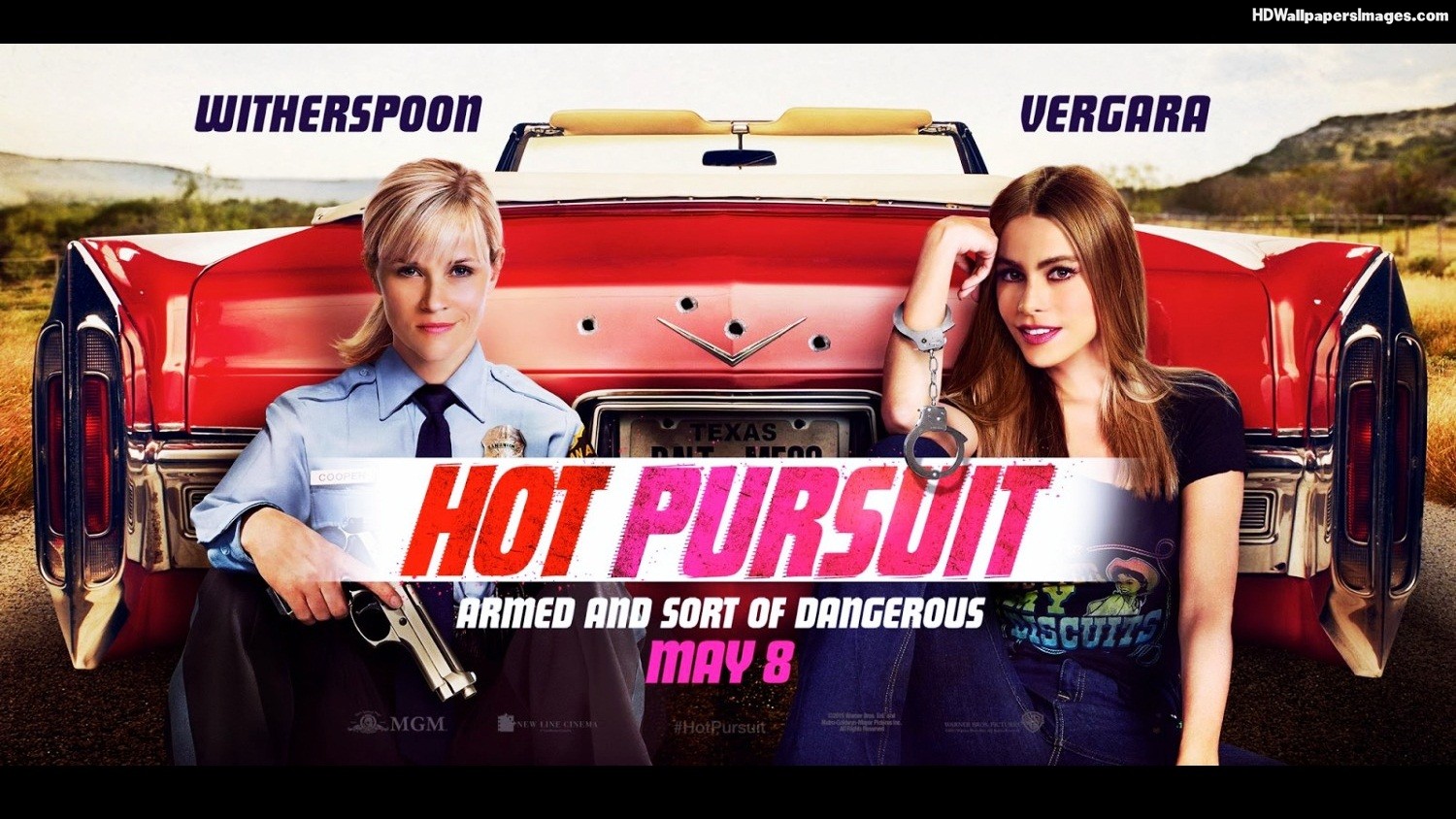 Remember Election – Alexander Payne’s 1999 movie about high school student body electoral process? Reese Witherspoon was funny. She was also truly funny in Legally Blonde, a film that had no business working at all and yet did, miraculously, because of Witherspoon.

While Sofia Vergara isn’t quite as proven on the big screen, four Emmy nominations suggest she has some comic talent as well. So, if we can’t blame them, why in the world is Hot Pursuit so, so awful?

Better yet, why in the hell did they sign up to do it?

Witherspoon plays Cooper, an uptight cop assigned to transport duty. She needs to get a recently widowed drug lord’s wife to Dallas to testify against her late husband’s boss.

Things go terribly wrong, obviously, and soon Hot Pursuit clarifies itself as a fish out of water buddy cop cliché of a road trip movie.

They have nothing in common, you see. Cooper’s uptight, small, intense, while Vergara’s Daniella is a steaming pile of racial stereotypes. Daniella has big boobs, but Cooper dresses like a boy. How can they ever make it to Dallas?

Anne Fletcher, who also helmed the abysmal road trip cliché The Guilt Trip, outdoes herself with this one. Not one joke lands, not one gag goes over, not a frame of the film feels anything other than stale and beneath the talent involved.

David Feeney and John Quaintance took a break from anemic TV sitcoms to pen this. Dan Fogelman wrote The Guilt Trip, which means that Fletcher intentionally chose two separate, awful road trip movies to bring to the screen. Why? Does she hate us?

Witherspoon and Vergara work hard to keep this thing afloat, and Witherspoon fares a little better because at least her character is not outright offensive. There’s almost chemistry between the two – something that might have translated into a fun onscreen bond if either one of them had a single funny line to deliver. Banter is really too much to hope for.