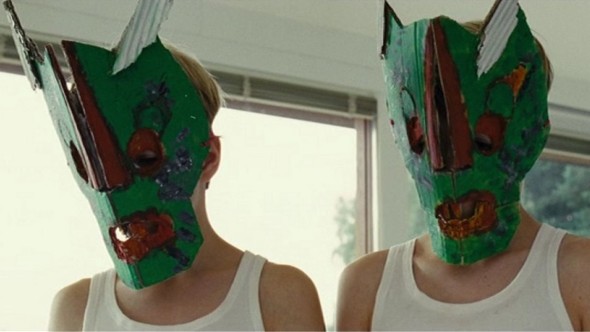 All the single ladies, all the single ladies – unfortunately, life does not always turn out as well for us as it does for Beyonce. Today we celebrate and fear the horror that can befall the single parent. Your kids may be monsters. Monsters may be after your kids. You may be the monster. Maybe it’s all three at once. Whatever the case, horror filmmakers have found a way to hit some very effective buttons when exploring the horror potential in a single parent home.

Let’s be honest, Rachel (Naomi Watts) is not much of a mother. Were it not for her sloppy parenting, her precocious son Aidan (adorable and creepy David Dorfman) might not even be in this mess. But she left her VHS tape laying around, paid no attention to what he was up to, and now Samara is coming for him.

Gore Verbinski one-upped Hideo Nakata’s 1998 Japanese original Ringu with this deeply creepy, well-executed nightmare, much of it centering on questionable parenting. Both Watts and Dorfman are excellent, each creating a character that is somehow rigid and distant, but you long for tenderness between them. Dorfman’s wise-beyond-his-years performance feels both chilly and vulnerable, and the relationship here creates an off-kilter foundation for the horrific mystery unfolding.

Everything about this film is done well – the images on the video tape, the looks on the faces of the victims, that horse bit on the boat, Brian Cox in the bathtub, Samara climbing out of the well! Verbinski strings together one nightmare image after another, but the tension of whether or not Rachel has the wherewithal to save the son she hasn’t paid enough attention to in the first place is what holds these together.

During one languid summer, twin brothers Lukas and Elias await their mother’s return from the hospital. But when their mom comes home, bandaged from the cosmetic surgery she underwent, the brothers fear more has changed than just her face.

The tale is set in Tehran circa 1988, at the height of the Iran/Iraq war and just a few years into the “Cultural Revolution” that enforced fundamentalist ideologies.

You’re exhausted – just bone-deep tired – and for the umpteenth night in a row your son refuses to sleep. You let him choose a book to read, and he hands you a pop-up you don’t recognize: The Babadook. Pretty soon, your son isn’t the only one afraid of what’s in the shadows.

Filmmaker Jennifer Kent’s film is expertly written and beautifully acted, boasting unnerving performances from not only a stellar lead in Essie Davis, but also the alarmingly spot-on young Noah Wiseman. Davis’s lovely, loving Amelia is so recognizably wearied by her only child’s erratic, sometimes violent behavior that you cannot help but pity her, and sometimes fear for her, and other times fear her.

← Hello, Stranger
Into the Mystic →
Scroll Up