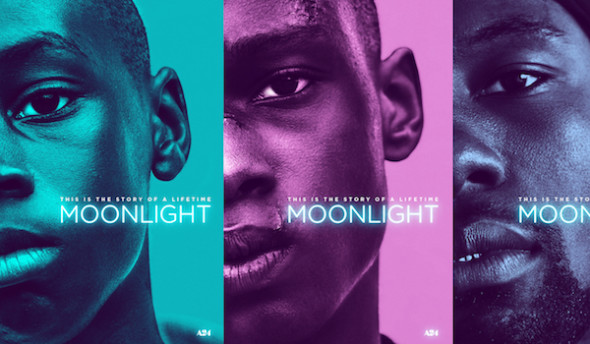 How long has it been since a film touched your very soul?

Chances are, it’s been a few superheroes ago.

Saving the world is great, so is finding love, or cracking the case, funnying the bone or haunting the house. But a movie that slowly awakens you to the human experience seems a little harder to find at the local multiplex.

You can find one in Moonlight, a minor miracle of filmmaking from writer/director Barry Jenkins. With just his second feature (after 2008’s Medicine for Melancholy), Jenkins presents a journey of self-discovery in three acts, each one leading us with graceful insight toward a finale as subtle as it is powerful.

Young Chiron (Alex R. Hibbert) is known as “Little” around his Miami neighborhood, and he’s picked on for being different. Juan, a local drug dealer (Mahershala Ali), finds Little hiding from bullies in an abandoned building, and begins spending more time with the boy, mentoring him while the boy’s own mother (Naomie Harris) is at work or on drugs. Juan and his girlfriend Teresa (Janelle Monae) eventually get the introverted Little to open up, and he asks what the word “faggot” means.

By the time he is a skinny teenager, Chiron (Ashton Sanders) has taken Teresa as a surrogate mother, and is struggling to keep one friend (Andre Holland) and navigate the expectations of masculinity.

As a grown man in Atlanta now known as “Black” (Trevante Rhodes), Chiron embodies them. He lives as a mix of chiseled muscle and silent, fearsome demeanor when two faces from the past stir up ghosts he cannot shake.

Jenkins adapts Tarell Alvin McCraney’s play “In Moonlight Black Boys Look Blue” with astonishing sensitivity and artful nuance. Simple shots such as closing doors or hands on a sandy beach scream with meaning, and the entire film is grounded in an ache and a longing you will feel in your bones. Jenkins places you in Chiron’s world and lets the important moments breathe, finding universal truth and beauty in the most intimate of questions.

The performances are impeccable, the craftsmanship precise, the insight blinding. You will be a better human for seeing Moonlight. It is a poignant reminder that movies still have that power.