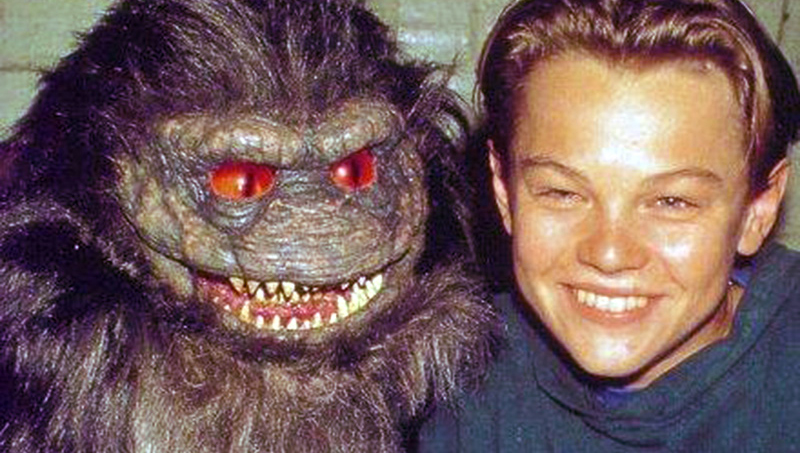 The Oscar nominations are out, and – as is the case every year – the nominees with horror movie skeletons in their closets are fully accounted for. We’ve discussed the great Mark Ruffalo’s not-so-great The Dentist in previous podcasts, so we’ll leave that one in the closet this week. Rooney Mara just missed the cut, as well, with only a cameo in her sister Kate’s Urban Legends: Bloody Mary. The only problem with Tom Hardy was basically determining which bad horror movie to choose (which basically means Tom Hardy is filling in for George “Oh So Many” Clooney this year.)

Who made the grade? Who might take home an Oscar regardless of this horrific offense in their background? Provocative!

Jennifer Lawrence starred in three films released in 2012 – The Hunger Games (maybe you’ve heard of it?), Silver Linings Playbook (winning her first Oscar), and House at the End of the Street. One of these is not like the others.

Lawrence plays Elissa, high school badass who moves into a secluded new house with her single, doctor mother (Elisabeth Shue). Legend has it, out in the woods behind the house roams the crazy-ass, murdering sister of the cute if damaged neighbor boy, Ryan (Max Thieriot).

House at the End of the Street is a smorgasbord of ideas stolen from better films and filmmakers, although it is not a god-awful mess. Whatever success it has is thanks to Lawrence, whose talent knows no bad screenplay, no clichéd character, and cannot be overshadowed by a tight, white tank top.

A Nazi scientist finds a Viking runestone on a West Virginia farm, where blood sacrifice turns him into an ageless monster, and a weird, runestoney ritual keeps him bound in the farmer’s basement. That guy – that Nazi zombie – is played by Michael Fassbender. Whose mind is blown?

Cavill comes into the picture when his character Evan reunites with long lost and presumed dead brother Victor (Dominic Purcell). Some crazy farmers have had him locked up all this time, taking his blood for god knows what purpose.

Truth be told, Cavill offers a fine turn full of longing and regret, and Fassbender is mesmerizing. The guy cannot turn in a bad performance. He’s completely feral, totally unhinged. It’s like he has no idea that the movie he’s in is so, so, so very bad.

The effects are terrible, the medieval Viking hocus pocus is beyond ludicrous, Purcell cannot act, and the script’s lack of logic actually makes you long for director Joel Schumacher’s better efforts, like Batman and Robin or 8MM.

Seriously, that’s how bad this is.

Long before Django Unchained, Titanic, or even What’s Eating Gilbert Grape, a barely pubescent Leo DiCaprio donned a day-glow t-shirt and a pre-teen scowl to battle Gremlin rip-offs in Critters 3.

They are furry, toothy, ravenous beasts from outer space and, until episode 3, they were content to terrify rural folk. But now they’re in the big city, and (in a clear rip off of the not-quite-as-terrible film Troll), they are pillaging a single apartment building and terrifying all those trapped inside. It’s a comedy, really, the kind with farting furballs and dunderheaded people. Which is to say, one that’s not particularly funny.

Serving up the same derivative comedy/horror pap you can find in one out of every three films made that decade, Critters 3 has a lot of hair in scrunchies, oversized blouses belted over colorful leggings, stereotypes, and actors on their careers’ last legs. And Leonardo DiCaprio, which will forever be the only reason this movie was released to DVD.

Oscar nominee Tom Hardy is truly one of the most talented actors working today, and I’m sure he’s proud of all his films. Except maybe this one.

The film plays like Jabba the Hutt’s palace set in Middle Earth, except in place of Jabba we have Candyman (Tony Todd, whose actual character name is Deucalion, but he’ll always be Candyman to us). Todd is king of the realm, and beneath his castle lives a Minotaur who requires a blood sacrifice. Periodically he rounds up youngsters from Theo’s (Hardy) village and drops them down below.

The sets are pretty terrible, as are the accents, props, costumes. Oh, and the Minotaur! He’s like an angry Muppet. But Hardy acquits himself reasonably then quickly goes on to better things.

You will, too, but why not indulge?

A distress signal from a research lab on the planet Fabon draws in maverick space cowboy Steve Krieger (Marc Singer, from such superior films as Beastmaster 3) and his cyborg shipmate Tinpan. Oscar nominee and billion-time Emmy winner Bryan Cranston plays an infected scientist more sympathetic to the creature he’s created than to the crew this merciless muppet feeds upon.

Jesus God this movie is bad.

The story is utterly nonsensical. No, not that scientists removed from earth have unwittingly created a monster. But why do they feel obligated to share all their secrets with some rando space ranger, why does he take charge of the vessel, why does everyone wear blue unitards underneath their lab coats, who on earth thought Laura Mae Tate could act – well the unanswerable conundrums are legion.

But Cranston tries. He tries to create a character, tries to generate chemistry with other actors, tries to be both villain and victim, tries not to look like a mannequin when the giant mutant tears his head clean off. He totally fails, don’t get us wrong, but damnit, he tries.