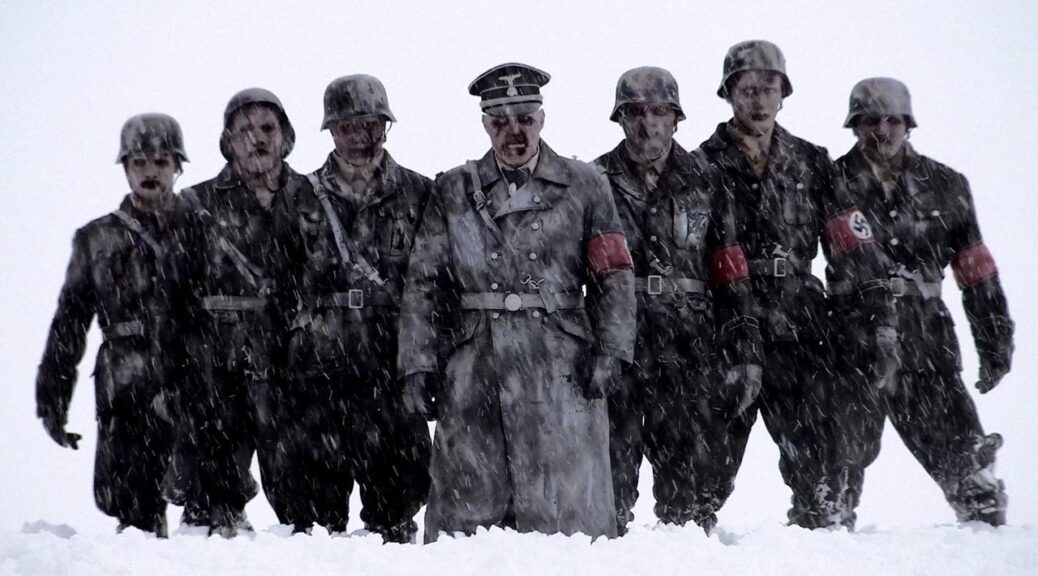 One of our favorite offshoots of the zombie genre revolves around the worst creatures there ever were: Nazis. Here we dip a toe in Zombie Lake (actually, that one doesn’t make the final list) and talk through our favorite undead SS.

In Joel Schumacher’s Blood Creek, a Nazi scientist finds a Viking runestone on a West Virginia farm, where blood sacrifice turns him into an ageless monster, and a weird, runestoney ritual keeps him bound in the farmer’s basement. That guy – that Nazi zombie – is played by Michael Fassbender. Whose mind is blown?

Cavill comes into the picture when his character Evan comes looking for a long-lost brother. He offers a fine turn full of longing and regret, and Fassbender is mesmerizing. The guy cannot turn in a bad performance. He’s completely feral, totally unhinged. It’s like he has no idea that the movie he’s in is just not good.

By 2008, the idea that the Nazis fiddled with occult ideologies in order to create a perfect killing machine was pretty played out in this subgenre. Steve Barker’s Outpost goes one further by embracing both that cliche and a tried-and-true action formula.

Is the result cookie shaped? It is, and yet the film benefits from an ensemble unafraid to exceed expectations and a cinematographer (Gavin Struthers, The Witcher series) who knows how to amplify claustrophobic tensions.

Ray Stevenson (Thor) stars as leaders of a group of mercs hired by a mysterious man to venture into the woods toward an old bunker. No reason to worry! Excellent support from Michael Smiley, Richard Brake and Julian Wadham round out a cast that works the hell out of this script.

Wait, Peter Cushing AND John Carradine? Plus Nazi zombies? What kind of gift is this?!

Cushing is the SS Commander holed up on a deserted island since the war. He’s not in hiding, necessarily. He’s moored himself there on purpose to save us all from…something worse than Nazis.

Maybe the first Nazi zombie film on record, Shock Waves deserves credit for not only pioneering the idea but also sidestepping what would eventually become cliche. The makeup effects are simultaneously terrible and awesome. And as dumb as much of the script is, director ken Wiederhorn (Return of the Living Dead) lenses some genuinely creepy segments of the troops.

Overlord drops us into enemy territory on D-Day. One rag-tag group of American soldiers needs to disable the radio tower the Nazis have set up on top of a rural French church, disabling Nazi communications and allowing our guys to land safely.

Like its character Erlend, Dead Snow loves horror movies. A self-referential “cabin in the woods” flick, Dead Snow follows a handsome, mixed-gender group of college students as they head to a remote cabin for Spring Break. A creepy old dude warns them off with a tale of local evil. They mock and ignore him at their peril.