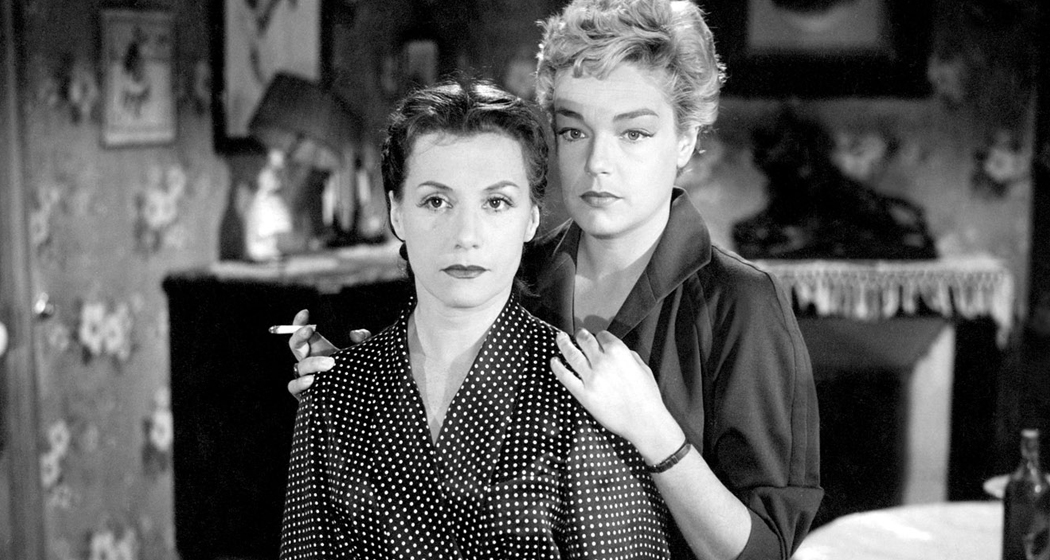 For some filmmaker and even audiences, a horror film can provide catharsis. It can be a way to channel one particularly horrifying experience into art. A crumbling marriage can inspire this kind of horror. Of course, it can also become the tidy underpinning of a mystery or a comedically evil revenge plot.

Here are our five favorite horror films about marital problems.

Candyman is a seduction film, like a vampire fable, and for it to work this film needed two things.

2) A seductive villain, which it delivered with a dreamy baritone in the form of Tony Todd.

No, he’s not classically handsome. In fact, on paper, Candyman is not that sexy of a villain. He has a hook for a hand, bees in his chest, that moldy velvet robe thing has to smell awful. But Todd’s voice is the push over the cliff. When he tells Helen, “Don’t fear the pain. The pain is exquisite,” you can’t help but want to believe.

Several of the shorts featured in the George Romero/Stephen King collaboration focused on troubles between husband and wife, but there was one particularly toxic marriage.

One might guess at the focus of his early attraction to Wilma (Adrienne Barbeau), but we’re introduced to the couple well into their worn out, unhappy pairing. Wilma’s a belligerent drunk, you see, and Henry’s friend needs a little help with this monster he’s unwittingly unleashed from a crate beneath the stairs back on campus…

Henry probably thought of Wilma as a tasty dish once before, too.

Pierre Boileau’s novel was such hot property that even Alfred Hitchcock pined to make it into a film. But Henri-Georges Clouzot got hold if it first. His psychological thriller with horror-ific undertones is crafty, spooky, jumpy and wonderful.

And it wouldn’t work if it weren’t for the weirdly lived-in relationship among Nicole (Simone Signoret) – a hard-edged boarding school teacher – and the married couple that runs the school. Christina (Vera Clouzot) is a fragile heiress; her husband Michel (Paul Meurisse) is the abusive, blowhard school headmaster. Michel and Nicole are sleeping together, Christine knows, both women are friends, both realize he’s a bastard. Wonder if there’s something they can do about it.

What unravels is a mystery with a supernatural flavor that never fails to surprise and entrance. All the performances are wonderful, the black and white cinematography creates a spectral atmosphere, and that bathtub scene can still make you jump.

Dr. Hal Ragland – the unsettlingly sultry Oliver Reed – is a psychiatrist leading the frontier in psychoplasmics. His patients work through their pent-up rage by turning it into physical manifestations. Some folks’ rage turns into ugly little pustules, for example. Or, for wide-eyed Nola Carveth (Samantha Eggar), rage might turn into bloodthirsty, puffy coated spawn. This is Cronenberg’s reimagining of procreation, and it is characteristically foul.

What’s she so mad about? Her divorce. So angry, indeed, that she’s gone mad – and begun neglecting, even endangering, her puffy coated actual daughter.

Cronenberg wrote the film during his own ugly divorce and custody battle. He created a fantasy nightmare rooted firmly in the rage, despair, and the betrayal that comes from watching someone who once loved you turn into someone who seems determined to harm you.

Cronenberg is the king of corporeal horror, and The Brood is among the best of the filmmaker’s early, strictly genre work. Reed and Eggar both are unseemly perfection in their respective roles. Eggar uses her huge eyes to emphasize both her former loveliness and her current dangerous insanity, while Reed is just weird in that patented Oliver Reed way.

Andrzej Zulawski – writer/director/Czech – created this wild ride with doppelgangers, private investigators, ominous government agencies, and curious sexual appetites. It’s more precisely fantasy than horror, but it strikes me as David Cronenberg meets David Lynch, which is a pairing I can get behind.

Sam Neill plays Mark. Mark has just left his job. He’s being offered a lot of money to stay, but he needs to go home. We don’t know why.

Back at home, he greets his genuinely adorable son Bob (Michael Hogben). I love that his name is Bob. Bob – it’s so normal, and yet feels so unusual for a small child. Mark’s wife Anna (Isabelle Adjani) is also at home with Bob. There’s nothing normal about Anna.

Mark and Anna’s relationship boasts an intentional artificiality- a queasying sexuality- that makes it hard to root for either of them as their marriage deteriorates. Anna, it seems, is in love with someone else. Is it the sexually open – really, really open – Heinrich? Is it a bloody, mollusk-like monster? Is Mark boning Anna’s mean friend with a cast on her leg? Does Bob’s kindergarten teacher bear an unreasonable resemblance to Anna? Is anyone caring properly for Bob?

These questions and more go basically unanswered in a deviant, summary-defying, fantastical bit of filmmaking. Surreal and unnerving as it is, Possession is maybe the bet cinematic nightmare interpretation of a crumbling marriage you will find.