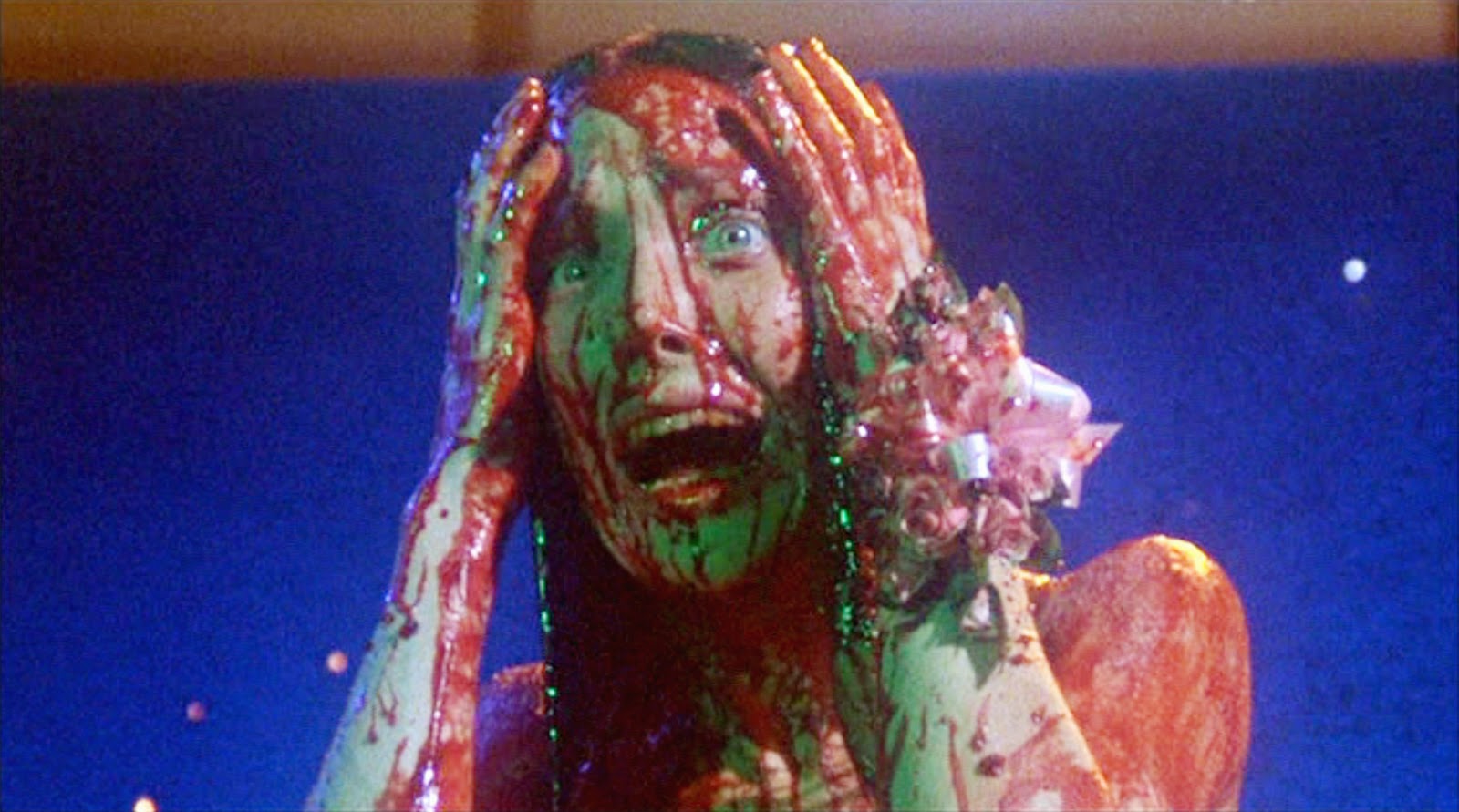 Love is in the air! And it smells a lot like prom. If you thought your own prom was a dud – crap DJ, your date was grounded, your date wore corduroy, unplanned pregnancy, what have you – well, here’s a list of five high school dances that made yours look like an absolute joy. You know what we’ve learned from looking into this topic? It’s always fun to see someone die on prom night.

Listen to our whole podcast HERE.

You’ll find red herrings and Seventies cop drama in a plot that, as Scream later points out, became the framework for countless films to follow. But Prom Night did it first. It did it really sloppily, but man did it bring its boogie shoes.

Who’s the killer? Is it the pervy janitor? The disfigured escaped mental patient? The vindictive ex and her hoodlum new boyfriend? It all builds to a bloodbath on prom night, so boogie down!

See it for the super-colossal dance-off. Go Jamie Lee and Jamie Lee’s thumbs, go! Is that Leslie Nielsen? Who brought that glitter?

Joss Whedon may have gotten more miles and more artistic satisfaction from the TV series, but what he did not have was Paul Reubens. Or Rutger Hauer, for that matter. How did he think that would work?

Back in ’92, Hauer and Reubens played vampires (thank you!) bent on draining a California town, but one superficial mean girl at the local high school happens to be the Chosen One, the Slayer, or so says Donald Sutherland, and it generally seems like a fine idea to listen to him. Kristy Swanson then flirts with Luke Perry while training to stake some bloodsuckers.

Swanson is joined by Ben Affleck and Hilary Swank as vacuous teens in a highly dated but no less fun horror comedy. The film may be too campy for Whedon’s taste, but anytime you crown Rutger Hauer prom king, you can count us in.

“Do you know what’s cooler than cool? Scouting!”

OK, maybe not, but Boy Scouts are exactly the people you need on your zombie survival team. Who doesn’t know that? They know how to tie knots properly, they can forage, find their way around in the woods, and they’re handy. They’re prepared. Duh.

Director Christopher Landon, working with a team of writers, puts this wickedly logical premise into action with his bloody horror comedy Scouts Guide to the Zombie Apocalypse.

This is not a family film, though – make no mistake. This is definitely an R-rated movie, but for all its juvenile preoccupations and vulgar body horror, a childlike sweetness runs through it that keeps it forever fun to watch.

Cleverly written, directed with a keen eye toward detail and pacing, brimming with laughs, gore, friendship, and dismembered appendages – but utterly lacking in cynicism or irony – it’s a blast of a film with a lot to offer.

One ugly trick at the prom involving a bucket of cow’s blood, and Carrie’s psycho switch is flipped. Spacek’s blood drenched Gloria Swanson on the stage conducting the carnage is perfectly over-the-top. And after all the mean kids get their comeuppance, Carrie returns home to the real horror show.

Writer/director/Tasmanian Sean Byrne upends high school clichés and deftly maneuvers between angsty, gritty drama and neon pink carnage in a story that borrows from other horror flicks but absolutely tells its own story.