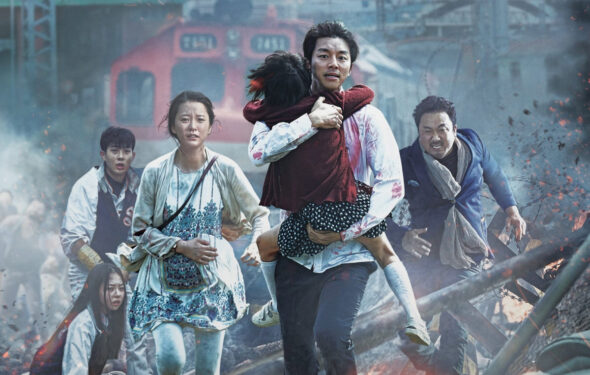 Familial relationships can be a killer – especially in the hands of horror filmmakers. This week we look at the fraught relationships between fathers and daughters in horror movies.

Dad himself isn’t even in this film, but what Dracula’s Daughter does well is to depict the hold parents can have on us – if taken to beautifully melodramatic and metaphorical extremes.

Gloria Holden is the hypnotic and almost despondent daughter, Countess Marya Zaleska. After Von Helsing (spelled with an “o” in this movie for some reason) kills the Count, the Countess travels to London to steal the body, hoping to perform a ritual that would cure her of her own awful thirst.

Holden is wonderful, as is Nan Grey as the Countess’s first victim. Lambert Hillyer’s film suggests lesbianism as the shameful curse that can’t be cured – as many a Dracula film has pointed toward homoeroticism as the true curse of vampirism. Thanks to Holden’s melancholy performance, though, instead of feeling like some unwholesome threat, Marya’s desire for women feels more like something her father and now society has made her believe is shameful.

We are always, always interested when a filmmaker can take the zombie genre in a new direction. Very often, that direction is fun, funny, political—but not necessarily scary. Co-writer/director Sang-ho Yeon combines the claustrophobia of Snakes on a Plane with the family drama of Host, then trusts young Su-An Kim to shoulder the responsibility of keeping us breathlessly involved. It works.

Kim plays Soo-an, a wee girl on a train with her overworked, under-attentive father (Gong Yoo). They are headed to her mother’s. The filmmaker will teach Dad what’s important in this life.

Sometimes funny, sometimes shocking, always exciting and at least once a heartbreaker, Train to Busan succeeds on every front.

A guy passes out after a hard night of drinking. It’s his daughter’s birthday, and that helps us see that this guy is a dick. He’s definitely not much of a father. He wakes up a prisoner in a weird, apartment-like cell. Here he stays for years and years.

Visionary director Bong Joon Ho’s film opens in a military lab hospital in 2000. A clearly insane American doctor, repulsed by the dust coating formaldehyde bottles, orders a Korean subordinate to empty it all into the sink. Soon the contents of hundreds of bottles of formaldehyde find its way through the Korean sewer system and into the Han River. This event – allegedly based on fact – eventually leads, not surprisingly, to some pretty gamey drinking water. And also a 25 foot cross between Alien and a giant squid.

Said monster – let’s call him Steve Buscemi (the beast’s actual on-set nickname) – exits the river one bright afternoon in 2006 to run amuck in a very impressive outdoor-chaos-and-bloodshed scene. A dimwitted food stand clerk (Joon Ho regular Kang-ho Song) witnesses his daughter’s abduction by the beast, and the stage is set.

What follows, rather than a military attack on a marauding Steve Buscemi, is actually one small, unhappy, bickering family’s quest to find and save the little girl. Their journey takes them to poorly organized quarantines, botched security checkpoints, misguided military/Red Cross posts, and through Seoul’s sewer system, all leading to a climactic battle even more impressive than the earlier scene of afternoon chaos.

If you have donated to our IGG fund, we thank you! If you have not and you care about horror movies (we know you do because you’re here!), women-led film and independent film, check out our awesome perks and give or share!

Subscribe in a reader
← Born Under a Bad Sign
Screening Room: Dear Evan Hansen, The Starling, Surge, Hudson →
Scroll Up