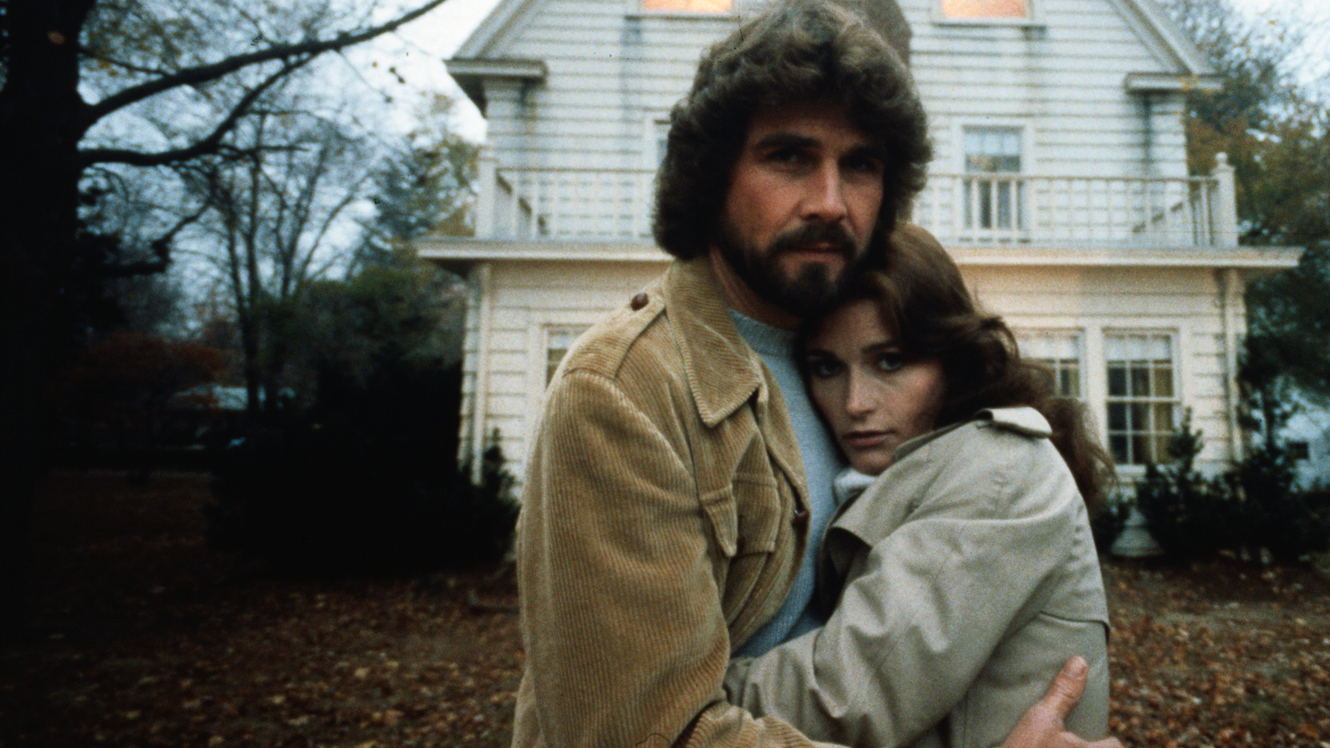 The evil stepmother has been a source of fear and dread for eons. The Grimm brothers knew it – they disliked stepmothers as much as they disliked wolves. Horror has picked that same scab again and again over the years, but it’s not just that mom-substitute that you need to worry over. As we discover this week, stepdads – especially the heavily bearded, axe-wielding variety – are just as problematic.

Years before Terry O’Quinn gained a following on Lost (or West Wing or Alias or Millennium), he crafted a memorable villain out of a weakly written toss-off of a horror flick, creating, in turn, a movie worth a second look.

With an idyllic suburb-turned-nightmare hellscape, the film opens like John Carpenter’s Halloween, the camera wading through the falling leaves and quiet street before stopping on the window of one particularly unpretentious little home. Inside, O’Quinn quickly and effectively establishes character. This is an actual character, not a cookie cutter psycho, and on the strength of his performance, this bloody confection of 80s family values works.

O’Quinn’s Jerry Blake marries into fatherless homes, ever seeking the perfect family. As soon as he sees the reality of familial bliss, he decides his family is a disappointment and slaughter ensues. As the film unspools, Jerry’s new brood, including Charlie’s Angel’s Shelley Hack, as well as Jill Schoelen, as her 16-year-old daughter, show signs of fatigue already.

Stepfather explores ideas of the exclusivity of the American dream and the inexplicable popularity of shaker knit sweaters. Mostly, though, it mines that same tension that worked so well for the Brothers Grimm: the fear inherent in taking on a step parent, in that they not only represent the finality of the loss of a beloved, but the possibility that the new household head to which you must submit will actually bring you danger.

Back in the Seventies, Long Island residents Kathy and George Lutz caused quite a stir with their tale of a diabolical house that nearly killed their whole family. The cultural hysteria they stirred led to a bestselling book, at least ten feature films and a documentary. The most famous of the cinematic efforts was the 1979 flick, a picture that followed the Lutzes as they took one step inside 112 Ocean Avenue and screamed, “Oh my God, this wallpaper is hideous!”

But, the house was really cheap, what with the former tenants having all been slain by their oldest son/brother Ronald DeFeo, so the Lutzes turned a blind eye to the hideous décor and moved right in.

James Brolin and his hair star as George Lutz, newly married to Kathy (Margot Kidder), new father to her three kids, serious wood cutter. George goes a little nuts, and who can blame him? There is obviously not a single decent barber in all of Long Island, and he’s sunk his life savings into a lovely home that sits atop the gateway to hell. (Honestly, though I always thought Tiffin, Ohio was the gateway to hell, the actual gateway lies beneath Columbus, OH. It’s true. Look it up.)

The film seems like low-level exploitation for director Stuart Rosenberg (Cool Hand Luke), whose approach is more melodramatic than horrific. He rode the cultural hysteria to big box office, but his effort feels a little silly now. Maybe it’s the red-eyed pig out the window?

Daniel Henshall cuts an unimpressive figure on screen – a round-faced, smiling schlub. But he brings Bunting an amiability and confrontational fearlessness that provides insight into what draws people to a sadistic madman. There’s not a false note in his chilling turn, nor in the atmosphere Kurzel creates of a population aching for a man – any adult male to care for them, protect them and tell them what to do.

A tight lipped father returns home with his daughter after her prolonged hospital stay. Her sister has missed her; her stepmother has not. Or so it all would seem, although jealousy, dream sequences, ghosts, a nonlinear timeframe, and confused identity keep you from ever fully articulating what is going on. The film takes on an unreliable point of view, subverting expectations and keeping the audience off balance. But that’s just one of the reasons it works.

Robert F. Mitchum. This may be the coolest guy there ever was, with an air of nonchalance about him that made him magnetic onscreen. His world-wizened baritone and moseying way gave him the appearance of a man who knew everything, could do anything, but couldn’t care less. And perhaps his greatest role in definitely his best film is as serial killer/preacher Harry Powell in the classic Night of the Hunter.

The iconic film noir sees Mitchum as a con man who cashed in on lonely widows’ fortunes before knocking them off. He’s set his sights on Willa Harper (Shelley Winters), whose bank robber husband had been a cell mate before his execution.

What unravels is a gorgeously filmed, tremendously tense story of Depression-era terror as Powell seduces the widow and her entire town, but not her stubborn son. Many of the performances have that stilted, pre-Method tinge to them, but both Winters and Mitchum bring something more authentic and unseemly to their roles. The conflict in styles actually enhances an off-kilter feel director Charles Laughton emphasizes with over-the-top shadows and staging. It gives the whole film a nightmarish quality that, along with Mitchum’s unforgettable performance, makes Night of the Hunter among the best films of its era.