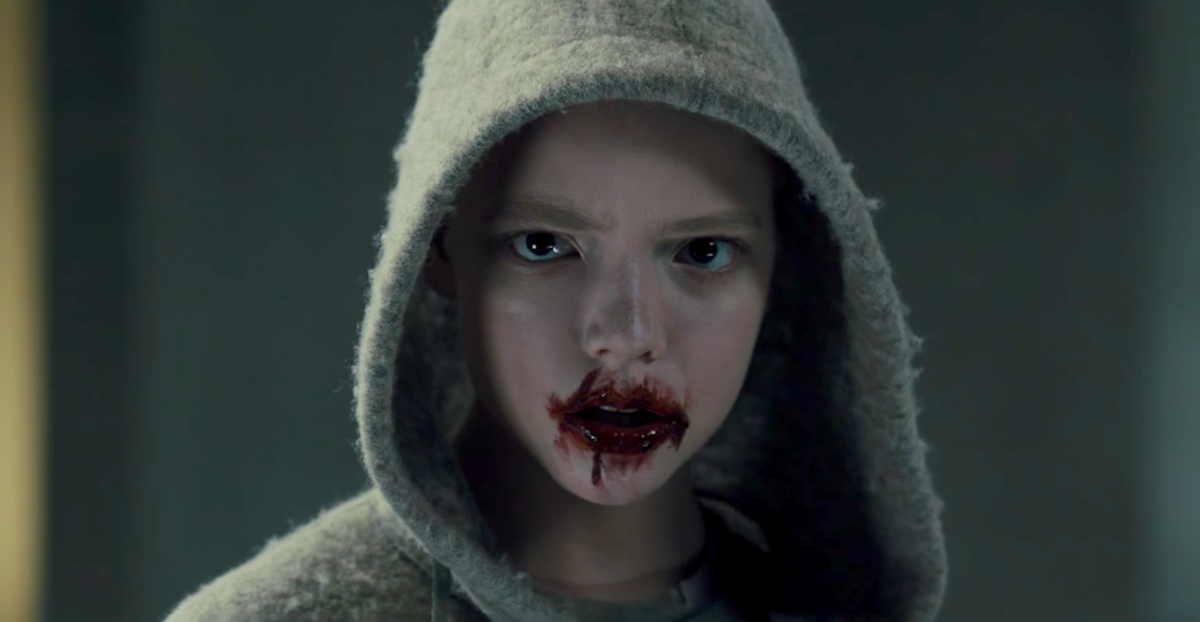 The weekend of wasted talent rolls on with Morgan, a derivative AI adventure that boasts an impressive cast and a lot of borrowed material.

Luke Scott’s feature directorial debut finds trouble with the L7 – an unnamed corporation’s newest attempt at artificial intelligence. There’s been an injury, and we don’t want a repeat of Helsinki, (it’s always Helsinki!) so Corporate sends the risk analyst (Kate Mara) to assess the situation.

The cast offers loads of reason for optimism. Joining Mara are Brian Cox, Jennifer Jason Leigh, Toby Jones and the great Paul Giamatti. That is a stacked ensemble. And even if every single one of them is underused, each brings something genuine and human – you know, the kind of thing that comes from deep and true talent – to the proceedings.

Highest hopes, though, are hung on the potentially dangerous cyborg herself, played by Anya Taylor-Joy. Hot off a brilliant lead in The Witch, Taylor-Joy again takes on a role in which her innocence is in question.

Like Witch helmsman Robert Eggers, Scott employs full screen close ups of Taylor-Joy’s face – her enormous, wide-set eyes and round, innocent features – to exacerbate a struggle to determine whether the character is good or evil.

And Scott clearly knows a good idea when he sees it because he borrows, grabs and plunders with glee.

His film is a mish-mash of Ex Machina, The Silence of the Lambs, Blade Runner and Terminator buoyed with decent performances and one vaguely fresh notion.

Every major character – every hero, villain, person of authority and character pivotal to the plot – is female. Every good decision, poor decision, and bit of badassery is made by a woman. And – get this – even when two of those women are soaking wet, their shirts are neither clingy nor sheer.

I’m not going to lie to you – any horror/action hybrid with a predominantly female cast that chooses not to stoop to titillation and exploitation gets an extra star.

There are subtle moments that toy with sexuality, and Scott wisely lets Taylor-Joy express these themes primarily through a nuanced physicality. That, decent pacing and performances better than the material demands elevate the film above the predictable off-season action vehicle that it is.