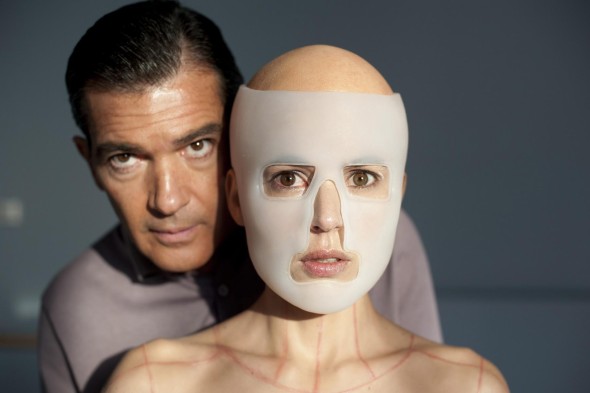 !Dios mio! There are so many exceptional Spanish language horror films, it was hard to choose just 5 – so we didn’t! Whether it’s a Mexican director working in Spain, a Cuban zombiepocalypse, or ghosts, zombies, mad doctors or madder clowns, we have you covered with our fuzzy math salute to el cine de los muertos.

By 2011, finding a zombie film with something new to say was pretty difficult, but writer/director/Cuban Alejandro Bruges managed to do just that with his bloody political satire Juan of the Dead.

First, what a kick ass title. Honestly, that’s a lot to live up to, begging the comparison of Dawn’s scathing social commentary and Shaun’s ingenious wit. Juan more than survives this comparison.

Breathtakingly and unapologetically Cuban, the film shadows Juan and his pals as they reconfigure their longtime survival instincts to make the most of Cuba’s zombie infestation. It’s a whole new approach to the zombiepocalypse and it’s entirely entertaining.

Guillermo del Toro’s The Devil’s Backbone unravels a spectral mystery during Spain’s civil war. The son of a fallen comrade finds himself in an isolated orphanage that has its own troubles to deal with, now that the war is coming to a close and the facility’s staff sympathized with the wrong side. That leaves few resources to help him with a bully, a sadistic handyman, or the ghost of a little boy he keeps seeing.

Backbone is a slow burn as interested in atmosphere and character development as it is in the tragedy of a generation of war orphans. This is ripe ground for a haunted tale, and del Toro’s achievement is both contextually beautiful – war, ghost stories, religion and communism being equally incomprehensible to a pack of lonely boys – and elegantly filmed.

Touching, political, brutal, savvy, and deeply spooky, Backbone separated del Toro from the pack of horror filmmakers and predicted his potential as a director of substance.

Not a frame is wasted, not a single visual is placed unconsciously. Dripping with symbolism, the film takes a pulpy and ridiculous story line and twists it into something marvelous to behold. Don’t dismiss this as a medical horror film. Pay attention – not just to catch the clues as the story unfolds, but more importantly, to catch the bigger picture Almodovar is creating.

Found footage horror at its best, [Rec] shares one cameraman’s film of the night he and a reporter tagged along with a local fire department. Bad, bad things will happen.

The squad gets a call from an urban apartment building where one elderly tenant keeps screaming. No sooner do the paramedics and news crew realize they’ve stepped into a dangerous situation than the building is sealed off and power is cut. Suddenly we’re trapped in the dark inside a building with about fifteen people, some of them ill, some of them bleeding, some of them biting.

The found footage approach never feels tired – at first, he’s documenting his story, then he’s using the only clear view in the darkened building. The point of view allows [Rec] a lean, mean funhouse experience.

Iglesia’s direction slides from sublime, black and white surrealist history to something else entirely. Acts 2 and 3 evolve into something gloriously grotesque – a sideshow that mixes political metaphor with carnival nightmare.

Sometimes a throwback is the most refreshing kind of film. Spain’s The Orphanage offers just that fresh breath with a haunted house tale that manages to be familiar and surprising and, most importantly, spooky.

Laura (Belén Rueda) and her husband reopen the orphanage where she grew up, with the goal of running a house for children with special needs – children like her adopted son, Simón, who is HIV positive. But Simón’s new imaginary friends worry Laura, and when he disappears it looks like she may be imagining things herself.

One of the film’s great successes is its ability to take seriously both the logical, real world story line, and the supernatural one. Rueda carries the film with a restrained urgency – hysterical only when necessary, focused at all times, and absolutely committed to this character, who may or may not be seeing ghosts.

Listen to the full conversation on our FRIGHT CLUB PODCAST.