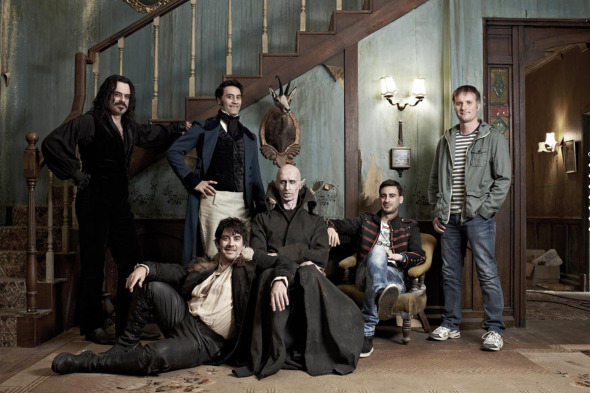 Sure, New Zealand is known for that delicious fuzzy little fruit, the kiwi, but there’s some fun horror to explore there as well, not all of it courtesy of Peter Jackson. Pre-LOTR, he established a legacy of particularly messy horror comedies that his countrymen have kept alive and well since his move to more mainstream efforts. From killer sheep to evil-awakening rock tunes and more, let’s dive into the top 5 horror exports from NZ!

First time writer/director Jonathan King uses the isolation of a New Zealand sheep farm and the greedy evil of pharmaceutical research to create horror. He does it with a lot of humor and buckets full of blood. It works pretty well.

New Zealand teenage outcast Brodie (Milo Cawthorne) knows he and his friends are losers, so of course they start a band to get loud and be cool!

But when their rocking involves playing an ancient piece of music known as the Black Hymn, they unwittingly summon an evil entity and the body count starts rising.

You’ll find plenty of laughs, some rom-com elements and winning performances from both Cawthorne and Kimberley Crossman as Medina, the school beauty who can also swing a pretty mean ax.

Lionel Cosgrove (Timothy Balme) secretly loves shopkeeper Paquita Maria Sanchez (Diana Penalver), but his overbearing sadist of a mother, does not take well to her son’s new outside-the-home interests. Mum follows the lovebirds to a date at the zoo, where she’s bitten (pretty hilariously) by a Sumatran rat-monkey (do not mistake this dangerous creature for a rabid Muppet or misshapen lump of clay).

Jemaine Clement is reliably hysterical as Vladislav, and the film benefits from the same silly, clever humor seen in his series Flight of the Conchords. The filmmakers know how to mine the absurd just as well as they handle the hum drum minutia. The balance generates easily the best mock doc since Christopher Guest. It’s also the first great comedy of 2015.

Listen to the whole conversation on our FRIGHT CLUB PODCAST!