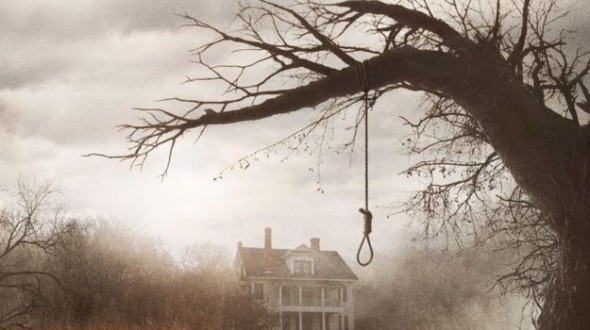 It’s official. Our flux capacitor is running out of power, our time travels are coming to a close. We’ve highlighted the best horror films of the 60s, 70s, 80s, 90s and the first decade of the 2000s, and now it’s time to bring things up to the present with the best in horror from 2010 – 2015. Who would have thought that list would be so hard to put together?

What do we wish we didn’t have to leave off? Indies like The Woman, Kill List, The Snowtown Murders; major releases like Evil Dead and The Woman in Black; foreign language gems like Big Bad Wolves, The Last Circus, We Are What We Are and A Girl Walks Home Alone at Night. All of this convinces us that we are in the midst of a horror movie rennaissance – hooray!

So what did make the cut? Here you go:

With Hollywood’s 2010 reboot of the near-perfect 2008 Swedish film, director Matt Reeves (Cloverfield) managed to retain the spirit of the source material, while finding ways to leave his own mark on the compelling story of an unlikely friendship.

Twelve year old Owen (Kodi Smit-McPhee) is a lonely boy who’s being bullied at school. When young Abby (Chloe Moretz) and her “dad” (Richard Jenkins) move in next door, Owen thinks he’s found a friend. As sudden acts of violence mar the snowy landscape, Owen and Abby grow closer, providing each other a comfort no one else can.

Moretz (Kick-Ass) and Smit-McPhee (The Road) are both terrific, and give the film a touching, vulnerable soul.

Reeves, also adapting the screenplay, ups the ante on the gore, and provides more action, scares and overall shock value. Incredibly, he even manages to build on the climactic “revenge” scene that was damn-near flawless the first time.

David Robert Mitchell invites you to the best American horror film in years. He’s crafted a coming of age tale that mines for primal terror. Moments after a sexual encounter with a new boyfriend, Jay discovers that she is cursed. He has passed on some kind of entity – a demonic menace that will follow her until it either kills her or she passes it on to someone else the same way she got it.

Yes, it’s the STD or horror movies, but don’t let that dissuade you. Mitchell understands the anxiety of adolescence and he has not simply crafted another cautionary tale about premarital sex. Mitchell has captured that fleeting yet dragging moment between childhood and adulthood and given the lurking dread of that time of life a powerful image. There is something that lies just beyond the innocence of youth. You feel it in every frame and begin to look out for it, walking toward you at a consistent pace, long before the characters have begun to check the periphery themselves.