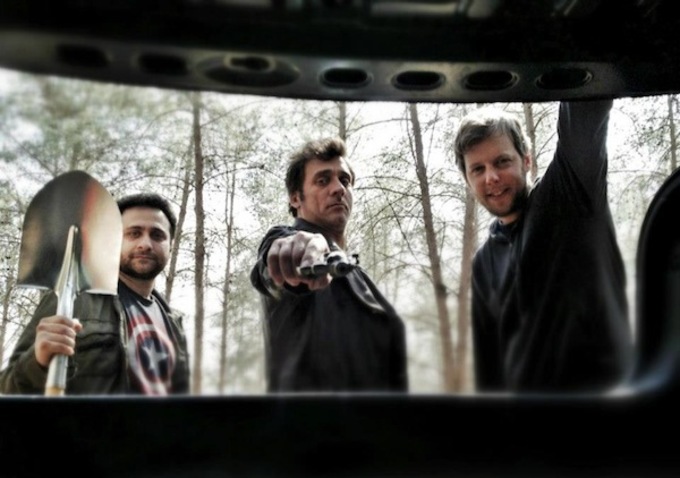 If you watched the film Prisoners and thought, wow, this could only be better if it were more graphic and a little funnier, then have I got the movie for you! (Also, get some psychiatric help.)

A mixture of disturbing fairy tale and ugly reality, Israel’s Big Bad Wolves takes you places you really don’t want to go, but damn if it doesn’t keep you mesmerized every minute.

The particularly vulgar slaughter of several little girls sets events in motion. One teacher is suspected. One cop is driven. One father suffers from grief-stricken mania. It’s going to get really ugly.

Filmmakers Aharon Keshales and Navot Papushado implicate everyone, audience included. They create intentional parallels among the three men, pointing to the hypocrisy of the chase and making accusations all around of a taste for the intoxicating bloodlust that comes from dominating a weaker person.

Their taut and twisty script keeps surprises coming, but it’s the humor that’s most unexpected. Handled with dark, dry grace by Lior Ashkenazi (the cop) and Tzahi Grad (the father) – not to mention Doval’e Glickman (the grandfather) – this script elicits shamefaced but magnetic interest. You cannot look away, even when the blowtorch comes out. And God help you, it’s hard not to laugh now and again.

The violence is not shot to amuse. It is jarring and awful. But the subdued lunacy of the perpetrators allows a complicated kind of respite from the ugliness in the basement. Complicated because it pulls you back over to the side of men torturing another who – for all we, the audience, know – is as innocent as he claims to be.

Clearly the filmmakers are interested in the toxic ineffectiveness of torture as a method of interrogation, but the film never feels preachy. The characters are too well drawn, the performances too compelling, and the writing too full of misdirection.

The duo abandon the dark and dreamy camerawork that gave the early reels its menacingly hypnotic feel, and while the straightforward grit of later material suits the content, it’s hard not to miss the Goth poetry of Act I. But these two know how to develop dread, punctuate the darkness with almost absurdly beautiful images, and deliver a punishing blow. Big Bad Wolves will haunt your sleep.

One thought on “Look Out, Little Red Riding Hood”