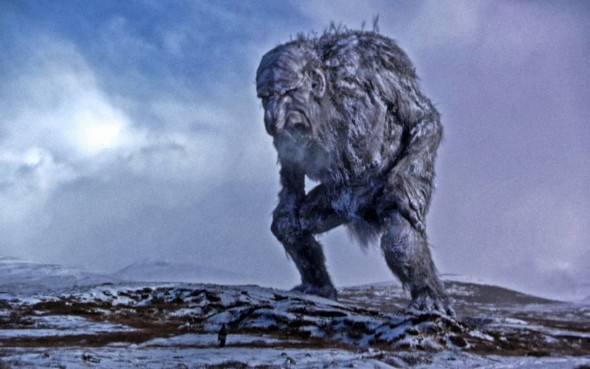 It is the most tired and tiresome of all horror film gimmicks, but are there worthwhile found footage movies to be celebrated? Or are they all simply the result of an inexpensive narrative device that allows for sloppy filmmaking and weak production values? Well, we did the research and found that there are many worthwhile offerings in this field. Yes, the bad outnumber the good 10 – 1, but there are good ones. Here are our five (OK – 6!) favorites.

All ancient cultures generated fairy tales. They passed on stories that wrapped the virtues most respected at the time inside common dangers to tell tales of heroism and humor. Norway’s fairy tales all involve trolls. Indeed, their entire national culture seems weirdly identified with trolls. Why is that? Well, writer/director Andre Ovredal’s Trollhunter suggests that maybe it’s because trolls are a real problem up there.

Ovredal’s approach is wry and silly – adjectives that rarely hang out together, but maybe we haven’t seen enough of Norway’s cinematic output. The FX are sometimes wonderful, and especially effective given the otherwise verite, documentary style. Ovredal makes droll use of both approaches.

Trollhunter is definitely more comedy than horror, as at no time does the film actually seek to scare you. It’s a wild ride into a foreign culture, though, and it makes you think twice about the Norway section of Epcot, I’ll tell you what.

Paranormal Activity, or The Little Ghost Story That Could, opened on a handful of screens in just a few cities around the country for midnight weekend shows only. All screenings promptly sold out. Powerful word-of-mouth and an aggressive marketing campaign propelled the modest flick into multiplexes worldwide. Why the hubbub? Well, for those patient enough to let it seep in – for those who do not require a jump, a slash, or a violent act in every fifth frame – Paranormal Activity is an effective, creepy little production.

A classic ghost story, the film evolves Blair Witch-style, as a couple pestered by something spectral begin cataloguing incidents with a night vision camera. The entire film consists solely of the video footage, tracking about three weeks’ worth of rising tension, most of it captured in the couple’s bedroom while they sleep.

The couple (Katie Featherston and Micah Sloat) is annoyingly believable in their pensions for doing the wrong thing simply to cater to each other’s insecurities. This, and the simplicity in the filmmaking – limited effects, incredibly limited cast and sets, minimal backstory – create an unnerving air of authenticity. The cam-corder timestamp rolls quickly forward, providing shorthand imaging of the couple sleeping, then slows to real time tracking just as something is about to happen. This repetitive gimmick proves so succinct and effective that dread begins to build while still fast forwarding. By the time the clock slows, half the audience is holding its breath.

There’s more than what appears on the surface of this cynical, black comedy. The film crew starts out as dispassionate observers of Ben’s crimes – which is certainly morally questionable to begin with. Eventually their commitment to the project, fear of retaliation, bloodlust, or sense of camaraderie pushes them toward aiding Ben, and then finally, to committing heinous crimes themselves.

It’s a bitter view of their chosen industry, and – much like The Last Horror Movie – a bit of a condemnation of the viewer as well. The fact that much of the decidedly grisly content is played for laughter makes it that much more unsettling.

[Rec] shares one cameraman’s footage of the night he and a reporter tagged along with a local fire department. The small news crew and two firefighters respond to a call from an urban apartment building. An elderly woman, locked inside her flat, has been screaming. Two officers are already on the scene. Bad, bad things will happen.

Filmmakers Jaume Balaguero and Paco Plaza make excellent use of their found footage approach, first by way of the news report, then because of the need to use the camera to see once power’s been cut. They play the claustrophobic nature of the quarantine to excellent effect, creating a kind of funhouse of horror that refuses to let you relax. The American reboot Quarantine is another excellent choice, but our vote has to go with the original.

BW is, of course, the now famous instigator of the found footage movement. Yes, Cannibal Holocaust was the first film to use the found footage conceit, but a) it sucked, and b) it didn’t show the audience this footage exclusively. Cannibal Holocaust built a narrative around the film canisters, and then looked at them. One of several truly genius ideas behind Blair Witch is that the filmmakers made the audience believe that the film they were watching was nothing more than the unearthed footage left behind by three disappeared young people.

Between the novelty of the found footage approach and the also novel use of viral marketing, the film drew a huge audience of people who believed they were seeing a snuff film. Nice.

And those two cutting edge techniques buoyed this minimalistic, naturalistic home movie about three bickering buddies who venture into the Maryland woods to document the urban legend of The Blair Witch. Twig dolls, late night noises, jumpy cameras, unknown actors, and not much else blended into an honestly frightening flick that played upon primal fears.

← Masterful Restraint
Hey, What’s That Z About? →
Scroll Up