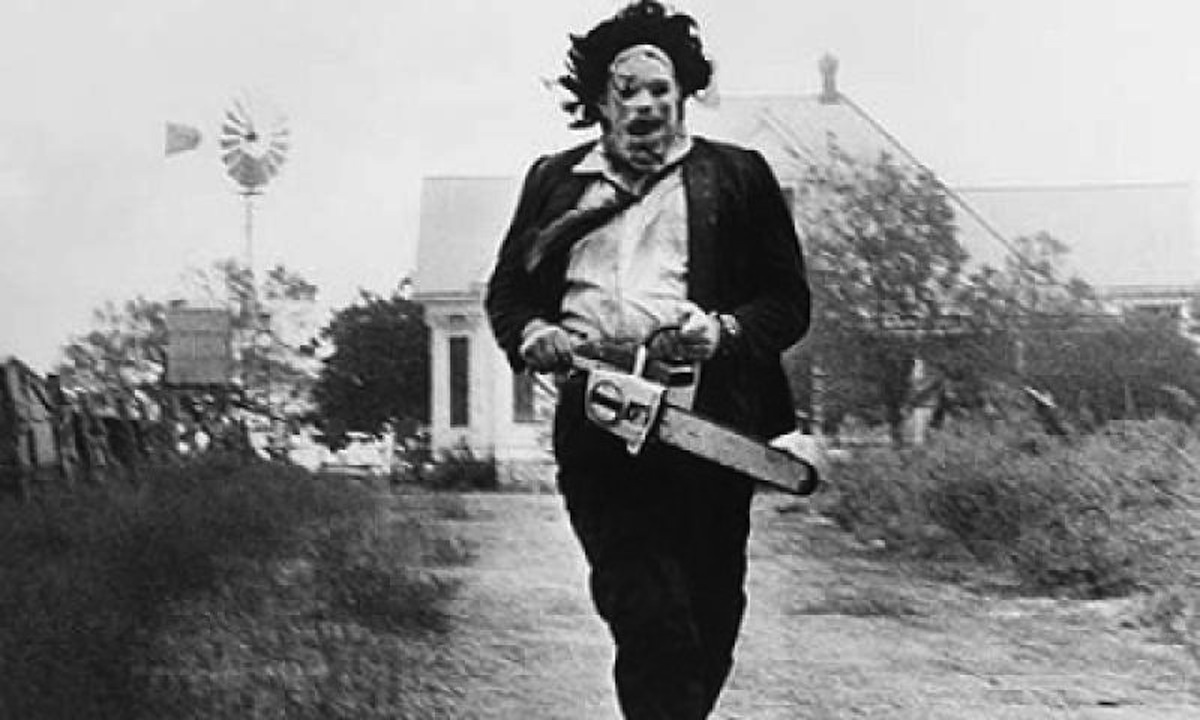 Who’s idea was this? Because this was super fun. Horror filmmaker can get positively inspired by what they find in a tool box or garden shed.

But where to even start? Every Friday the 13th movie, every Sleepaway Camp – basically, every camping movie.

Plus, some films really give it away with their title: Driller Killer, Toolbox Murders (both), Saw (all of them), The Texas Chainsaw Massacre (all of them).

It’s a good beginning. To narrow down the list of best horror scenes using tools, we started by categorizing. Here’s what we came up with.

Saws are big in horror. Lots to choose from:

Winner: Texas Chainsaw Massacre (1974)
– You hated Franklin, admit it. You should probably feel bad about that, but the point is that he is the only one who actually takes the chainsaw in TCM.

Again, a power drill is an excellent go-to for onscreen carnage. It’s like being at the dentist, only far bloodier. Several films made great use of it.

Lola (Robin McLeavy) and her dad make some effective use of several household items, but it’s the moving father/daughter bonding over the power drill that really makes an impression.

Winner: Misery (1990)
Yes, it’s a mallet, but that’s in the hammer family, and no scene made 1990 movie audiences more uncomfortable than this. Poor James Caan. You know he’ll badass his way out of this situation at some point – but homey ol’ Annie (the BRILLIANT Kathy Bates) will have her way for a while.

Fewer options here, and most of them goofy.

Winner: Dead Alive (1992)
This is the scene that made us realize we needed this countdown. Not just because it is an utterly inspired piece of splatter gore, but because it’s really the turning point for poor, sweet, milquetoast-y Lional Cosgrove.

Winner: Antichrist (2009)
If you haven’t seen Lars von Trier’s one all out horror show or the scene in question, we’re not going to tell. We’re not going to show you, either. We want you to be as effected by the act as MaddWolf writer Christie Robb was. We lent her the screener and she watched it while she was on a treadmill. She fell off and did herself an injury.

Not as bad as the injury in the film though, thank God.