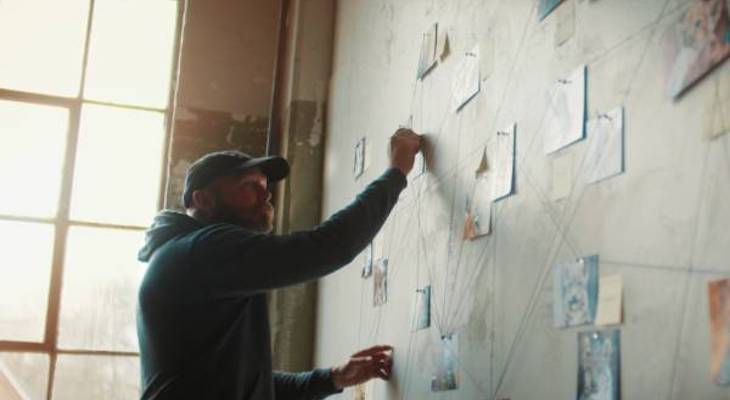 The runaway train wreck that was The Tiger King made Joe Exotic and Carole Baskin into instant celebrities, and overnight, it seemed everyone in America was taking sides.

Retired Ohio cop Tim Harrison kept his focus on the cats, and The Conservation Game takes us inside his relentless but cool-headed mission to expose the shadowy dealings of the animal exploitation trade.

Harrison grew up enthralled by Marlon Perkins on Wild Kingdom, and then by Jack Hanna’s animal exploits on TV. For a time, Harrison even wanted to follow in Hanna’s footsteps. But he was already growing disenchanted with “reality TV mindset” of the talk show animal segments when a visit to an exotic animals auction changed the course of his life.

Wisely, director Michael Webber takes an approach that is the polar opposite of The Tiger King. Though the Baskins make an appearance and Joe Exotic’s threats to Carole’s life are referenced, Webber makes all that mess a logical and organic part of a bigger picture that is well-reasoned and far from sensationalized.

Harrison and his passionate team set out to expose the dirty secrets of the animal expert personalities, and the hidden network of breeders keeping them supplied with cute baby “ambassador cats.”

But what happens when the babies grow up? Where are these “sanctuaries” the hosts talk about on TV?

Harrison puts those questions to wildlife personalities including Jerod Miller, Dave Salmoni, Boone Smith and Grant Kemmerer, and their answers are peppered with evasion, condescension and and even veiled threats.

“Just because you haven’t found them doesn’t mean they disappeared,” one of them argues. “It means you need to learn how to find them better.”

Webber makes a quick cut to the online sleuth of Harrison’s team who deadpans, “Challenge accepted.”

Outside of a few re-enactments of Harrison’s youth, the film trades style for a more guerrilla approach. But the hidden-camera footage rivals both Blackfish and The Cove for sheer bullseye effectiveness. It’s gut-wrenching, heartbreaking and downright infuriating, with Webber employing well-placed edits that call out apparent lies with speed and precision.

I’ve lived in Columbus, Ohio for almost forty years, and much like Harrison, I’ve always regarded our zoo as a national treasure and Hanna as a local hero. Full disclosure: I’ve been to events that enabled me to take photos with these types of ambassador cats.

And because Hanna is the biggest name involved here, the charges against him and the Columbus Zoo land with the most shocking and disappointing force.

Webber is able to include the news of Hanna’s retirement and dementia diagnosis, as well as the Columbus Zoo’s recent decision to reverse course and formally endorse passage of the Big Cat Public Safety Act championed by Harrison, Baskin, and scores of other zoos and animal rights activists.

What prompted that specific change is left up to us to decide, but Harrison is much more direct about the changes needed to end the exploitation of ambassador animals.

Webber uses the journey of one committed man to make the message relatable, relying on the power of what he finds to become universal. Will this film fuel the outrage that arose after the revelations in Blackfish and The Cove?

That’s up to us as well. The Conversation Game may be a little more rough around the edges, but its case is nearly as closed.