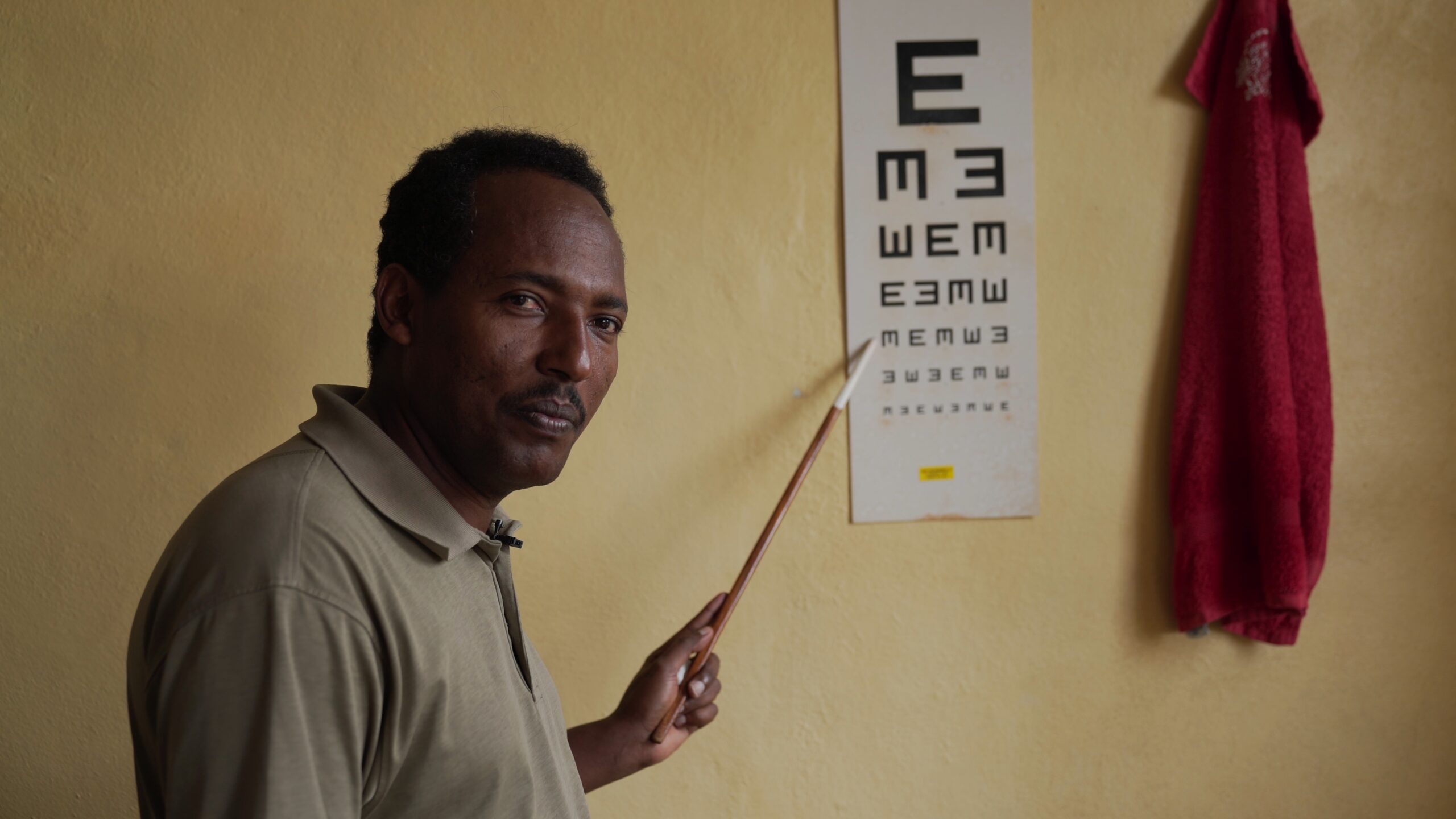 The End of Blindness

In Ethiopia, 1.6% of the population is blind, 80% of them with curable ailments. But for the nation’s poorest, care is beyond their reach.

In director A.J. Martinson’s documentary, The End of Blindness, we follow Dr. Samuel Bora, the only ophthalmologist for a population of more than 3 million, as he works to treat as many people as he can.

With the help of the non-profit organization, Tropical Health Alliance Foundation (THAF), Dr. Bora operates primarily in the nation’s capital, Addis Ababa. However, he spends two weeks out of every month traveling the country to visit the nation’s poorest villages.

Though focusing primarily on Dr. Bora, the documentary takes time to follow a few of those who seek treatment: a young mother who has never seen the face of her four-month-old baby; an older woman out of work for two years because of her blindness; a nine-year-old boy suffering traumatic cataracts after an injury.

By allowing us to spend time with a few of the people who desperately need treatment, Martinson gives these startling numbers a human face. For those of us so far removed from the idea of a five-minute, $50 surgery being unattainable, this is a reminder of the importance of access to quality medical care. In some ways, this gives the film the feel of one of those depressing commercials that hopes to elicit donations.

Further contributing to this impression is the deep timber of the film’s narrator. The crisis is laid out in simple terms with the narrator’s occasional input. The documentary’s score makes sure we recognize the importance of Dr. Bora’s work.

Yet, it’s impossible not to be moved when a patient has their bandages removed and the blank expression on their face gives way to a radiant smile that tells us the operation was successful. Dr. Bora’s work is crucial for a country where so many are devastated by blindness. It’s a crisis worthy of the attention the documentary draws to it.

For the squeamish, a few close-ups of eye surgery may have you turning away, but the images underscore the ease of the surgery Dr. Bora performs. It’s a stark reminder that this quick surgery is only possible because of the dedication of one man – who sometimes performs 60 surgeries in one day.

His dedication is a reminder that one person can make a difference. His story is worth telling.