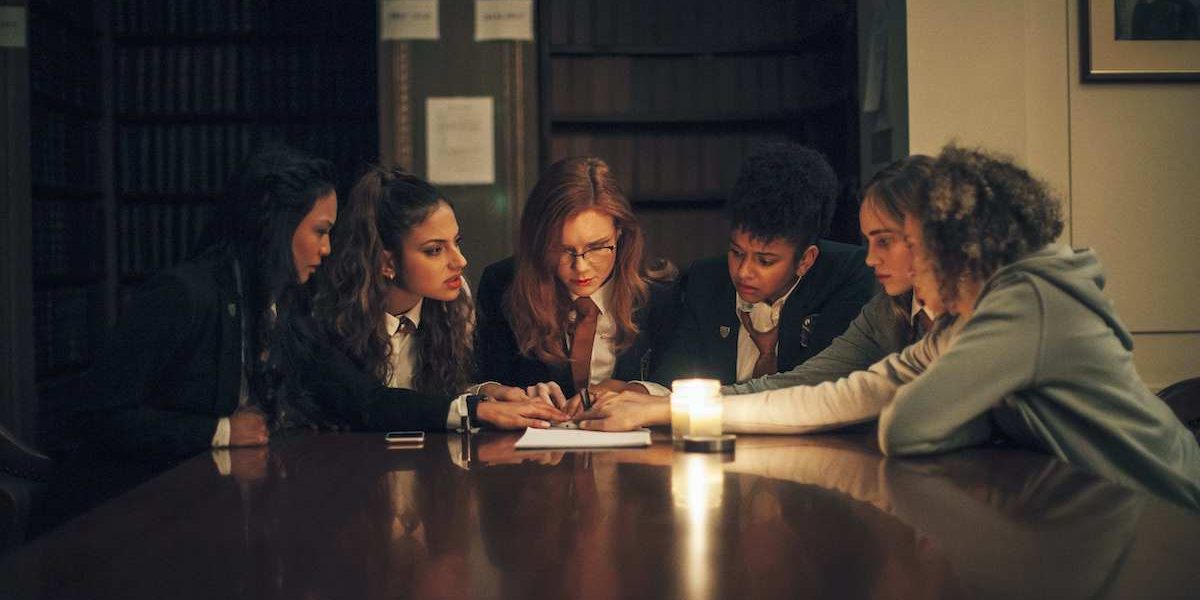 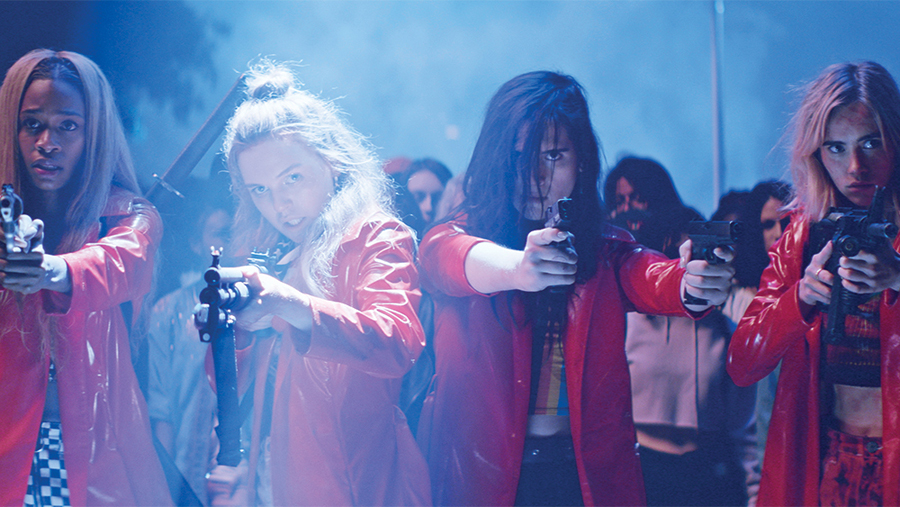 What if a rich white man reclaimed Salem, Mass for ostracized and victimized women by creating an outrageous, violent yarn about our out-of-control, whatever world?

In the case of Sam (son of Barry) Levinson’s latest, a cross between Tragedy Girls and The Purge, the result is the self-conscious, self-righteous and sloppy Assassination Nation.

A cautionary tale about online living, social media saturation, toxic masculinity, mob mentality, rape culture…I’m sorry—where was I? A lot. Levinson’s film is mad about a lot of stuff. And it will empower young women, mainly by filming them braless and wearing shorts that are bound to cause a yeast infection.

Four high school besties (Odessa Young, Hari Nef, Suki Waterhouse, Abra) find themselves unsure if they will survive the night once a hacker shares half the town’s digital secrets with the world. What follows is a vibrant, kinetic spectacle that deserves note if only for its raucous attention to basically anything and everything that might make a teenage girl feel violently self-righteous.

All of it’s empty, of course: lurid and stylish, pseudo-feminist and pretend-woke. Like the opening sequence “trigger warning,” the film promises something it lacks the spine to deliver.

Here’s the point, if there is one: the perils of high school are more horrifying than they were a generation ago. Hell, they’re probably twice as bad as they were two years ago. But high school kids are just as idiotic, self-absorbed, naïve and insecure as they ever were, so things are going badly.

But rather than empathize or provide insight, Assassination Nation offers exploitation and voyeurism. It’s one of those things you can try to get away with by passing it off as culturally relevant, zeitgeist embracing irony. That’s a tactic that might work if you aren’t just cribbing from two more clever and socially aware films where characters wear bras.