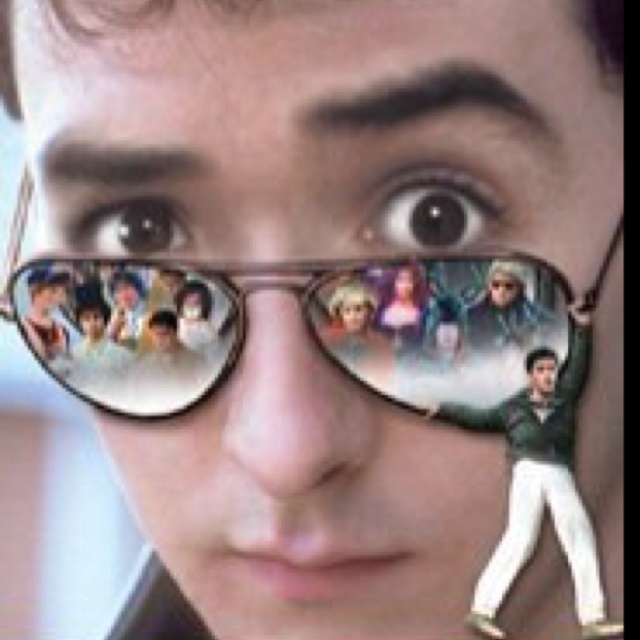 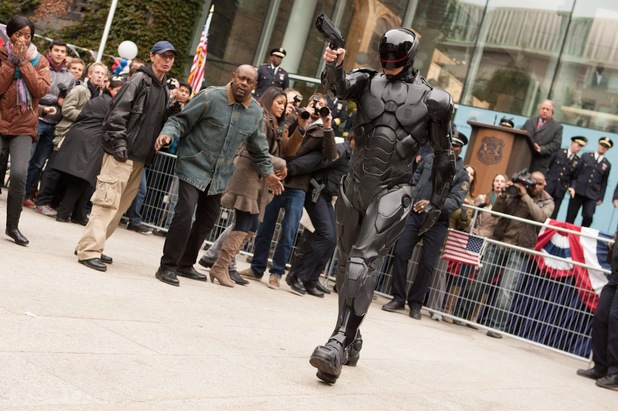 Rebooting 1987’s RoboCop seems like such an obvious idea, you may wonder why it took this long. No matter, the new RoboCop is here now, ready to clean up the streets and pump some fun (along with a decent amount of lead) into your Valentine’s date plans.

We’re back in crime-ridden Detroit with honest cop Alex Murphy (Joel Kinnamen) but beyond that, the backstory is rightly, and effectively, re-imagined for a new audience.

Robot drones built by global conglomerate OmniCorp have become commonplace in American military action overseas. OmniCorp would like to expand but Congress, bowing to public sentiment against these “soulless” enforcers in our own backyards, has blocked any attempt to put the same robots to work in law enforcement here at home.

That’s a problem for OmniCorp honcho Raymond Sellars (Michael Keaton), and for uber-outraged TV host Pat Novak (Samuel L. Jackson, just as hilariously over-the-top in his Bill O’Reilly sendup as you would expect).

The chance to turn the public tide their way comes when Murphy is blown nearly to bits by the local crime lord. OmniCorp scientist Dr. Dennet Norton (Gary Oldman) and his team spring into action, meticulously bringing Murphy back to ass-kicking life via the super suit!

Director Jose Padiha (a Brazilian film veteran making his English language debut) has no trouble delivering the frenetic action and impressive visuals, so much so that any motion- sensitive viewers might want to skip the IMAX print. Otherwise, strap in and enjoy the ride! It’s one that Padiha paces well, hitting the gas just when events start to bog down in melodrama.

Screenwriter Joshua Zetumer dials back the misanthropy of the original to provide more thoughtful inner conflict, as Murphy/RoboCop fights to overcome the engineering which allows him only the “illusion of free will.” Less subtle, but still worthwhile, are the nods to the ongoing debate about liberty versus security.

What’s missed in this new version is the knowing approach the original brought to the entire cop genre. Murphy’s fight to bring down the crime boss and his cronies is stitched together with nothing but well-worn cliche, and just doesn’t mesh next to the satirical layers that bubble up elsewhere.

No, RoboCop 2014 ain’t perfect, but it’s sleek and exciting enough to make the inevitable sequels feel much more promising.