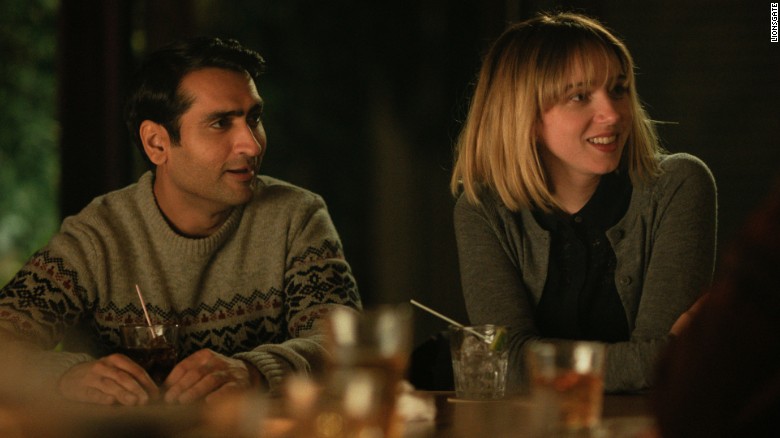 The Big Sick is that rare breed seldom seen in the wilds of the multiplex. It’s a smart and incisive romantic comedy that has something new and vital to say while it’s being both romantic and comedic.

It also feels incredibly authentic, probably because co-writers Emily V. Gordon and Kumail Nanjiani are telling much of their own story.

Kumail (Nanjiani) is a struggling standup comedian in Chicago who can’t bring himself to tell his traditional Pakistani family about his new girlfriend Emily (Zoe Kazan). Family pressures eventually lead to a breakup, not long before Emily becomes hospitalized with a mysterious infection that becomes life-threatening.

Emily’s parents (Holly Hunter and Ray Romano) know all about Kumail, and they aren’t exactly thrilled with his insistence on hanging around the hospital with a visitor’s badge.

Director Michael Showalter (Wet Hot American Summer, Hello My Name is Doris), is blessed with a uniformly wonderful ensemble cast, and he guides the actors through alternating levels of humor and societal insight that feel effortlessly organic.

We see a Muslim family portrayed much as any other movie family might be (imagine!), with generational conflicts that are plenty familiar, even if they manifest in unfamiliar ways. Bonus points for cleverly educating about Pakistani culture while also finding the funny in culture clash and persistent stereotypes.

Almost all the humor – be it scatalogical, corny, or suddenly dark – finds a mark, and is paired with a constant undercurrent of relatable humanity that draws us into these characters and becomes truly touching.

At times hilarious, sweet,  emotional and even heartbreaking, The Big Sick has a case of charming that will follow you home.