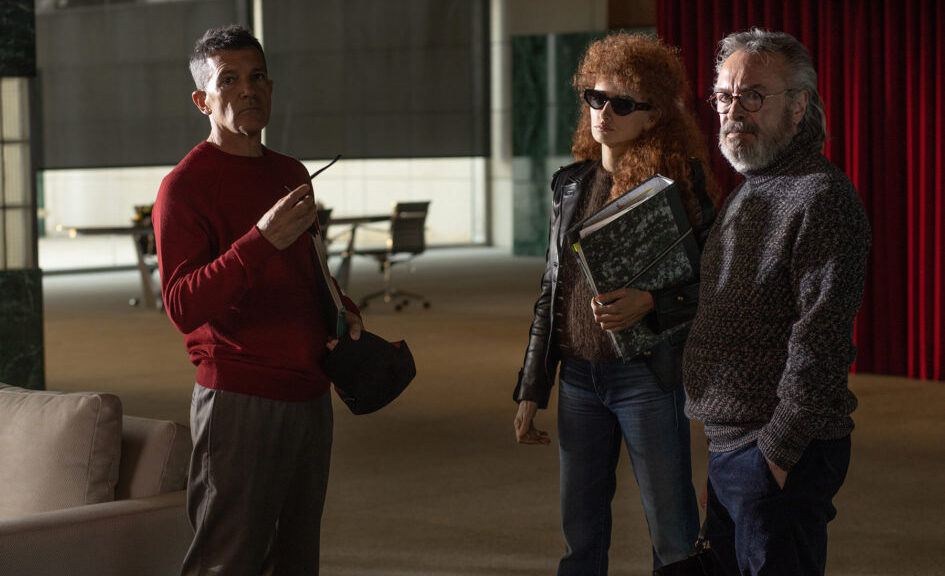 Who’s more full of it: The cinema snob who dismisses whatever’s popular, or the escapist fan wary of any whiff of highbrow? Awards shows, or those who protest them too much? Film festival agenda twisters, or film festival attention whores?

Official Competition is here to nominate them all. Co-directors Mariano Cohn and Gastón Duprat (both also co-write with Andrés Duprat) come armed with plenty of knives, and their mischievous and wonderfully witty satire has them out for pretty much everyone involved in movie making.

When an 80 year-old millionaire (José Luis Gómez) decides his legacy should involve producing the film version of a Nobel prize-winning novel, critic’s darling Lola Cuevas (Penélope Cruz) gets the call to direct. But Lola insists on adapting “La Rivalidad” with a unique vision, one that starts with casting polar opposites in the lead roles.

Félix Rivero (Antonio Banderas) is the worldwide box office star, while Iván Torres (Oscar Martinez) is the legendary thespian. They will play warring brothers, while their own philosophical clashes grow more volatile – and more dryly hilarious – by the day.

And don’t bother looking to Lola for cool-headed problem-solving. She’d rather provoke the tension with a variety of creative exercises – such as wrapping her two stars in restraints and threatening to destroy their most prized awards right in front of their panic-stricken faces.

Subtle it ain’t, but funny it is.

And even when a joke or two lingers a beat past its expiration, this sublime trio of actors makes nearly every frenzied interaction a joy to behold.

Is Lola a motivational genius or a complete fraud? Does Félix have the chops to go toe-to-toe with the prestigious Iván? And does Iván secretly admire Félix’s success? Cruz, Banderas and Martinez are clearly having as much fun acting it out as we are trying to sort it out.

And like much of the best satire, Official Competition is talking about one thing, but saying something else. Its barbs aimed at the movie business may be silly, acerbic and insightful, but none can hide the respect this film has for the entirely mad nature of the creative process.

Call it a love letter, with a completely entertaining ‘smidge of hate.