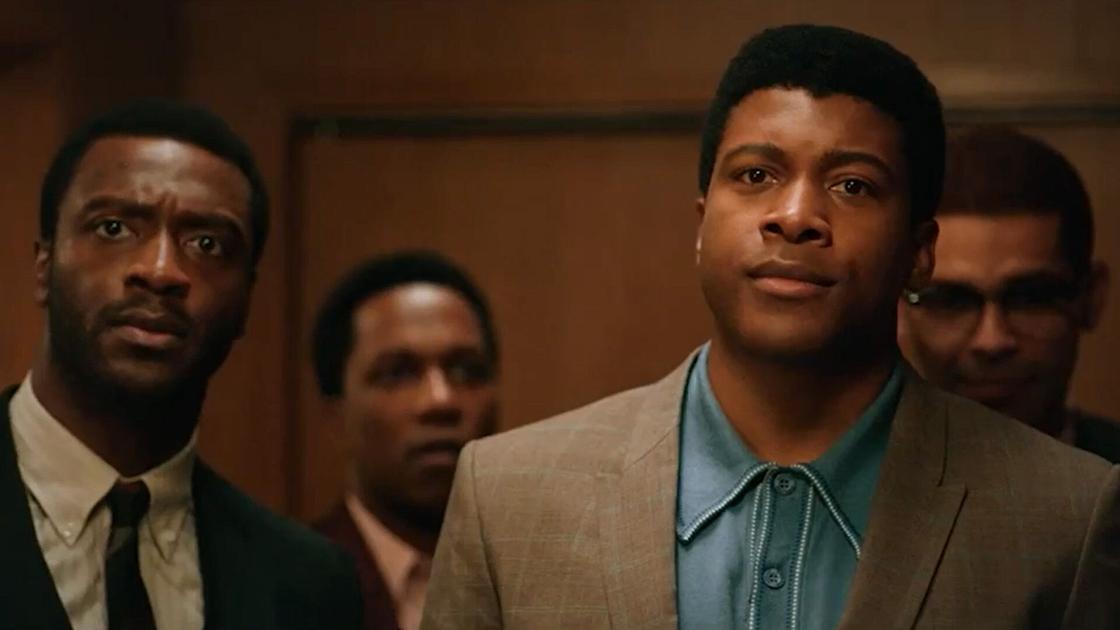 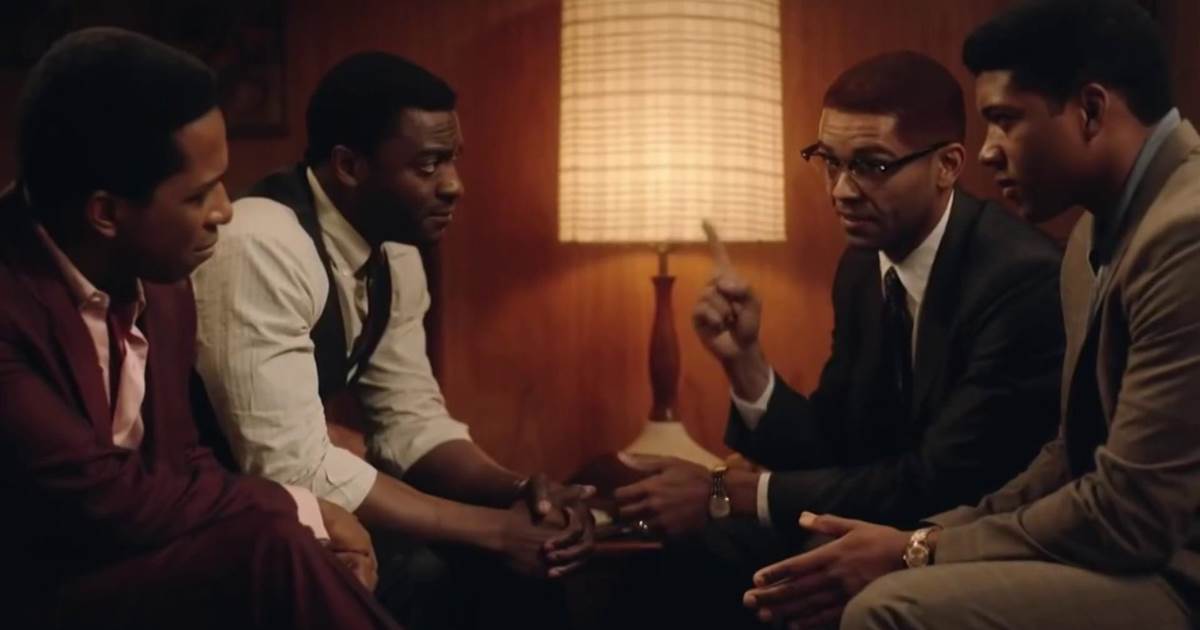 One Night in Miami

The room where it really happened was in Miami’s Hampton House. After a young Cassius Clay won the Heavyweight title from Sonny Liston on Feb. 25, 1964, he joined his long time mentor Malcolm X, NFL legend Jim Brown and soul sensation Sam Cooke at the South Florida hotel.

Writer Kemp Powers first imagined how that meeting of legendary minds might have played out, and now Regina King – who already has an acting Oscar – jumps into the race for Best Director with a wise and wonderful adaptation of Powers’s stage play. Propelled by a bold, vital script from Powers himself, King invites us into a frank discussion about the steps in the civil rights movement of the 1960s, and about each man’s role in the struggle.

Though existing mainly inside that single hotel room, One Night in Miami is in a constant state of motion, as four talented actors serve and volley through a ballet of insight and intellect.

Portraying a bigger-than life-personality such as Clay without a hint of caricature is no easy feat, but Eli Goree handles it with smooth charisma.

Clay’s braggadocio is as playful and charming as you remember, but Goree also finds authentic shades of apprehension about the societal role Clay (who would publicly join the Nation of Islam and announce his name change to Muhammed Ali just weeks after the meeting) was about to accept.

Kingsley Ben-Adir’s Malcom X is a measured voice of wisdom, but the film finds its gravitational pull in the forces of Aldis Hodge and Leslie Odom, Jr.

As Brown, Hodge is beautifully restrained power, a man of incredible strength still able to be staggered by sudden blows of racism. Brown’s path as a leader of the civil rights movement contrasts sharply with Cooke’s, and Odom, Jr. gives the singer surprising and resonant layers that include anger at the thought that he’s not all in for the cause.

The characters continually challenge each other, as King and Powers challenge us with a profundity that comes from their refusal to settle for easy answers. Each question the film raises connects past to present with committed grace, and One Night in Miami finds a beautiful dignity that shines in the face of bigotry.