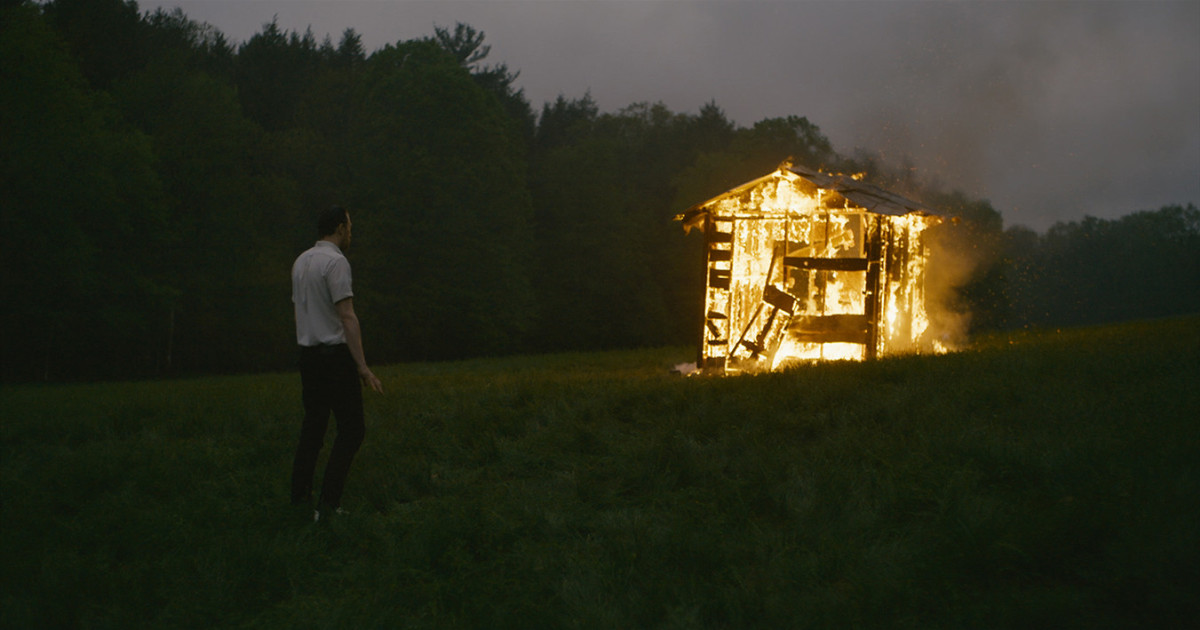 The opening minutes of Go/Don’t Go hint at a burgeoning relationship drama. Shy boy meets an outgoing girl. Girl draws the boy out of his shell. Hints of electricity crackle as they find themselves engrossed in conversation. The parts are all there, but as the scene comes to a close, Go/Don’t Go crosses into something a little more…sinister.

Set in a not-so-distant future, Adam (writer/director Alex Knapp) spends his days completing routine tasks. He cleans, prepares meals and works on repairing a car. When not doing his day-to-day, Adam wanders the countryside, checks homes and marks areas on a map as “Go/Don’t Go.” Adam appears to be the only person left.

Isolation and loneliness exist in the periphery of every post-apocalyptic type movie. In Go/Don’t Go, the isolation is front and center. Adam doesn’t spend the entire running time evading cannibalistic marauders or dispatching shuffling zombies. No, Adam’s conflict exists in the haunted memories of a past love, K (Olivia Luccardi, It Follows).

Looked at as a typical horror/thriller, Go/Don’t Go could be a frustrating watch for many. There’s a purposeful aloofness to the narrative that builds a lot of mystery, but also never shows much interest in resolving said mysteries. Adam’s flashbacks fill in interesting character gaps instead of explaining how Adam found himself in his current situation.

The film’s most interesting angle is how it plays with metaphor. Is the landscape in which Adam lives even real? Every house he enters has running water and electricity. The market he goes to is always stocked full of fresh products. Maybe Adam’s shyness, hinted at in those opening minutes, has consumed him after the ending of a relationship. Of course, nothing is definitive and most of this is left to the viewer to decide.

Knapp’s handling of familiar territory is a breath of fresh air. Despite the lack of momentum in the narrative, Knapp taps into a sense of urgency through clever editing. This allows layers of character to be peeled back piece by piece. It’s enough to keep us interested and invested in a story that moves at more of a sporadic pace.

By focusing on character and theme, Go/Don’t Go manages to stand out in a sea of post-apocalyptic tales. 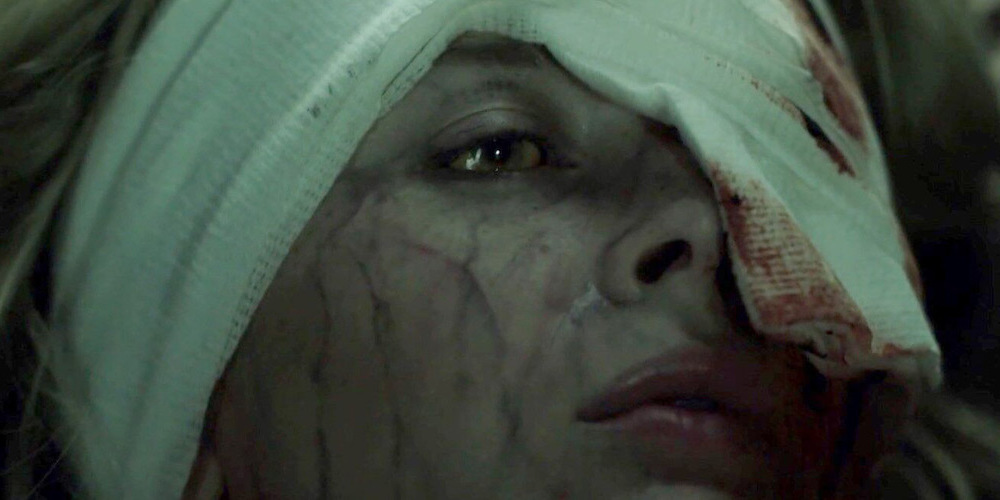 Here’s the thing about Feral. It’s a decent movie: well-paced, competently directed, solidly performed. And there is not a single interesting, novel, surprising or inspired moment in it.

Maybe one, but it’s not reason enough to make this movie.

Three handsome couples head into the woods. They get a little lost, decide to pitch tents and find the lake in the morning.

They hear a noise.

One of them goes out to pee.

There’s something dangerous in the woods.

Co-writer/director Mark Young follows up half a dozen low budget, middling-to-poor horror and action films with this adequate take on a monster-in-the-woods tale.

The sole reason the film stands out in any way is that Young’s hero, Alice (Scout Taylor-Compton) is a lesbian. Equally refreshing, males are as likely as females to fall prey to the hungry forest beast.

Bravo the nonchalance with which this is depicted, as the film does not strain to call attention to the novelty of this final girl and hero twist.

Yes, it’s about time. And yet, maybe Feral needed at least one other thing to set it apart? Because as it is, it’s simply a checklist of cabin-in-the-woods horror tropes, faithfully rendered, right up to the waning moments of its running time.

Taylor-Compton offers a perfectly serviceable performance, as do most of the actors around her. Olivia Luccardi, Renee Olstead and Landry Allbright all work to provide something close to a second dimension to underwritten, throwaway characters.

Lew Temple is an always welcome sight as the—wait for it—hermit whose assistance in this situation is suspect.

Together, cast and director generate scares by relying less on imagination and more on your familiarity with the genre itself. Therefore, assuming you have ever seen a horror movie in your life, you will not be scared.

You’ll just be reminded for the thousandth time that camping is an undeniably stupid thing to do. That’s what I got out of it, anyway.