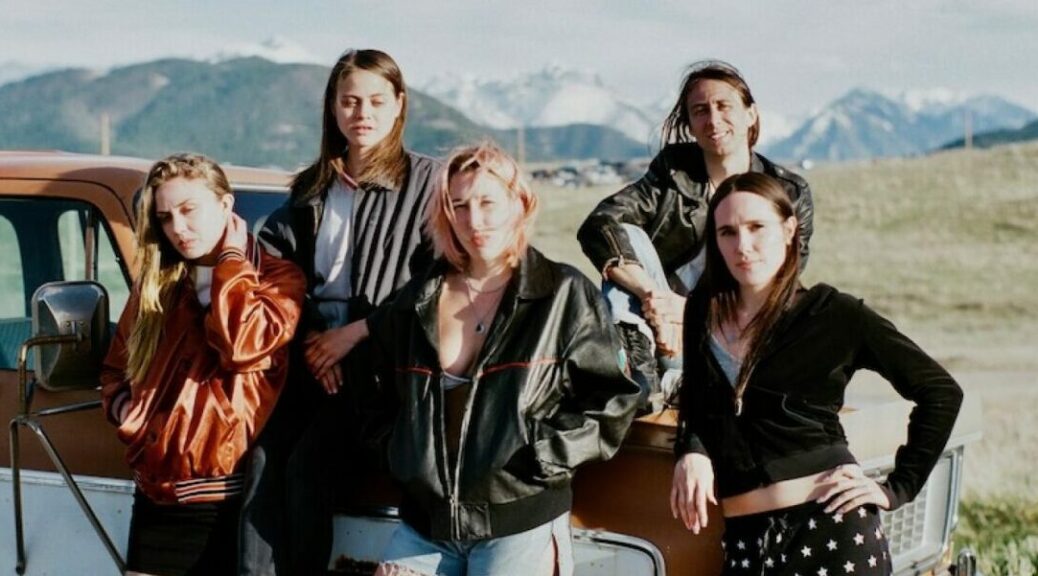 Candy Land is a surprise, and it’s not for everyone. This is grim stuff, but writer/director John Swab’s truck stop horror also delivers an unusual story hiding inside some same old, same old.

Remy (Olivia Luccardi) catches the eye of Sadie (Sam Quartin), one of the “lot lizards” selling their carnal wares at a bible belt truck stop. Remy’s part of a religious group here to help Sadie, Riley (Eden Brolin), Liv (Virginia Rand) and Levi (Owen Campbell) find salvation. Instead, Remy – cast out from the cult – finds Sadie, eventually deciding to learn the trade in exchange for a place to live.

Hard-right evangelicals rarely make a positive impression in a horror movie, and sex workers tend to become either heart-tugging martyrs or naked corpses (often both). To his credit, Swab has something else in mind, and while you would not call it pleasant, it’s almost refreshing.

Candy Land avoids preachiness, finding depth and humanity without condescension, both for the evangelicals and the lot lizards. There’s a sense of camaraderie among those on the job, and the naturalistic, terribly human performances sell that.

Campbell (X, My Heart Can’t Beat Unless You Tell It To), in particular, shines with a turn so full of tenderness, playfulness and optimism that you hold your breath every time he’s onscreen- lest something awful happens to him.

It does. In fact, at the risk of spoiling anything but in favor of helping viewers avoid triggers, Campbell’s Levi is subjected to an especially brutal and troubling rape sequence that’s part and parcel of a film loaded with graphic sexuality and violence, often side by side. But never once is the victimization filmed to titillate, if that helps.

For its many successes, the film often feels like a rather superficial exercise in brutality if only because none of the characters have real arcs. Things end for each character essentially where they began. A provocative but undercooked B-story involving a perversely paternal police officer (William Baldwin, with his most interesting performance in years) doesn’t help.

Candy Land is a tough film to recommend for a number of reasons, but it’s worthwhile viewing if only because Swab upends every expectation, instead taking us inside a horror grounded in something surprisingly human.