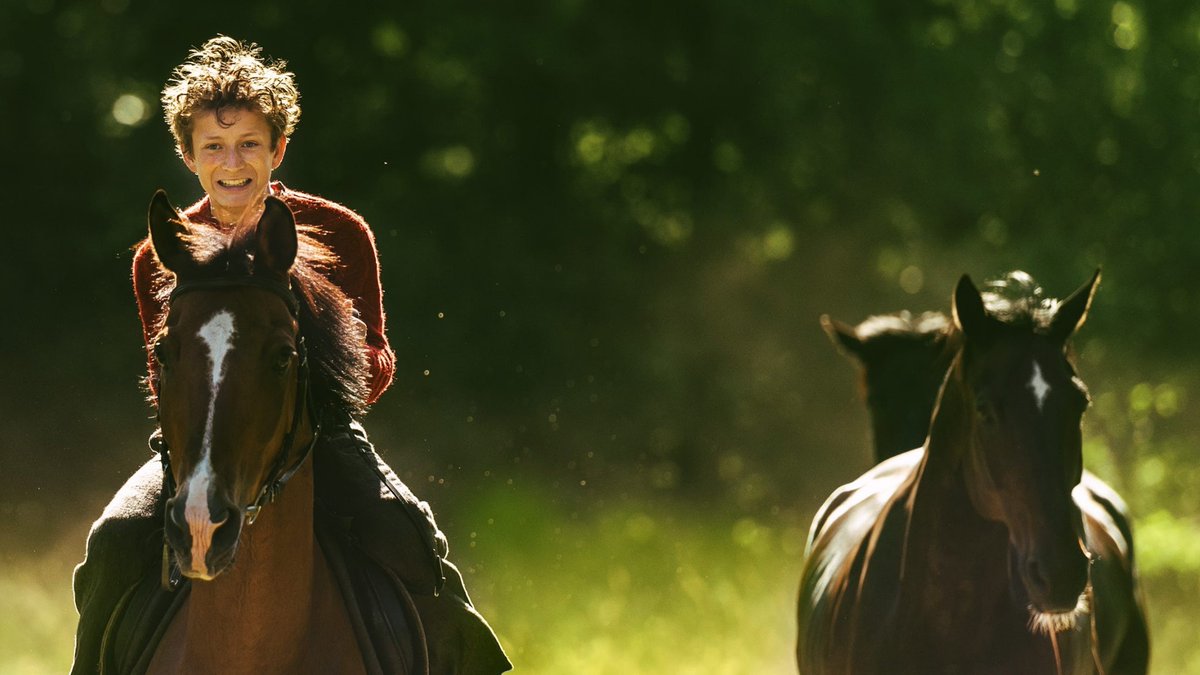 A surprising, gorgeously filmed prologue creates a mood: a little girl, bundled in a red coat, follows her shotgun-toting father across a frozen pond into the snowy woods. She looks periodically through the ice at the fish moving beneath the ice. In the quiet woods, the two spy a deer. The girl holds her breath, staring silently at the animal while her father prepares to shoot.

The film never again rises to the exquisite, icy tension of its opening scene, but it does work your nerves and keep you guessing. As we follow that little girl, Thelma (Eili Harboe), through the uncomfortable, lonely first weeks of college we gather that her parents are very Christian and very over-protective.

As familiar as many of the conflicts feel, Trier never lets you forget that something’s not entirely right about Thelma. She seems normal, maybe just sheltered, but that opening scene nags at you.

Like Julia Ducournau’s magnificent coming-of-age horror Raw, Thelma dives into the issues swirling around post-adolescent freedoms and taboos in daring and insightful ways. Trier also fills the screen with metaphorical dangers of indulgence and self-acceptance, although his protagonist’s inner conflicts lead to different results. Where Raw’s horror is corporeal, Thelma’s is psychological.