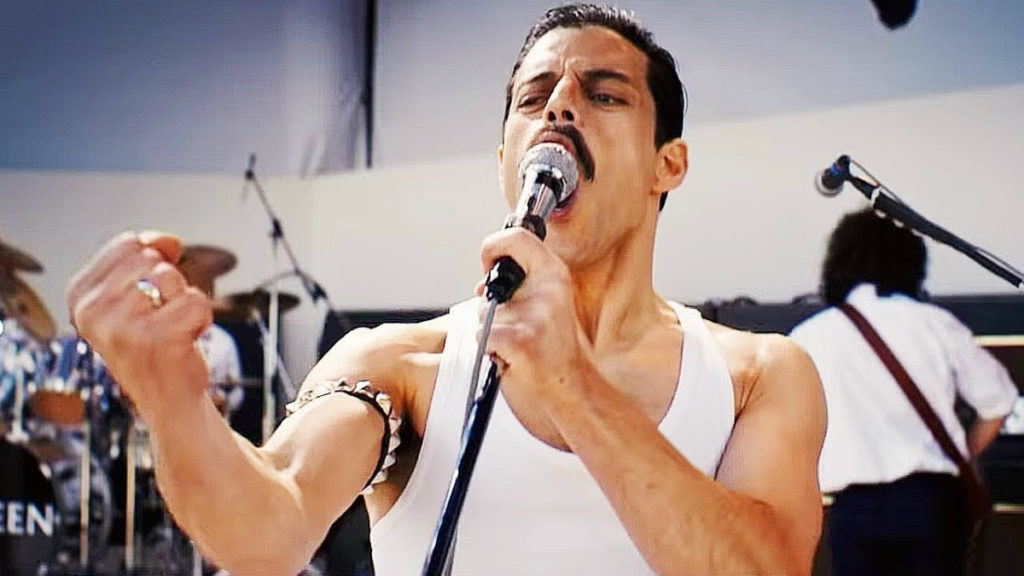 After several false stars and a midstream director change, the long-awaited Queen/Freddie Mercury biopic lands as a celebration of one legendary band and one bravura performance.

Rami Malek is a certified powerhouse as Mercury, the former Farrokh Buisara, the uniquely gifted performer and iconic presence who became of rock’s most enduring frontmen.

Mercury’s extravagant persona lent itself to caricature, but Malek has none of it. His is a true characterization, eerily mirroring the singer’s appearance, elegance, movements and, with help from both original Queen music and Mercury soundalike Marc Martel, his incredible voice.

Malek’s performance stands out all the more from the void left by Queen’s surviving band members. As executive producers, they’ve whitewashed themselves into more reaction shots and less actual human beings.

It’s one of several ways the film plays it safe and settles for a crowd-pleasing greatest hits package. Directors Bryan Singer and an uncredited Dexter Fletcher work wonders with the performance pieces (the thrilling recreation of Live Aid is worth paying for IMAX), but soften the sharp edges of rock hedonism enough for a PG-13 rating. And rock and roll ain’t PG-13.

The biggest missed chance comes in the relationship between Mercury and his muse for the song “Love of My Life,” Mary Austin (Lucy Boynton). From their first scenes together, Malek and Boynton fuel the emotional core of the film, creating an absence felt whenever screenwriter Anthony McCarten (Darkest Hours) broadens the focus, which is often.

Factual liberties are taken, timelines are sometimes carelessly misrepresented (“We Will Rock You” was not written in the 80s), and there’s a totally needless gag from Mike Myers, but whenever Bohemian Rhapsody is most unsteady, Queen’s music is there for a bailout.

It’s still great. And so is Malek.