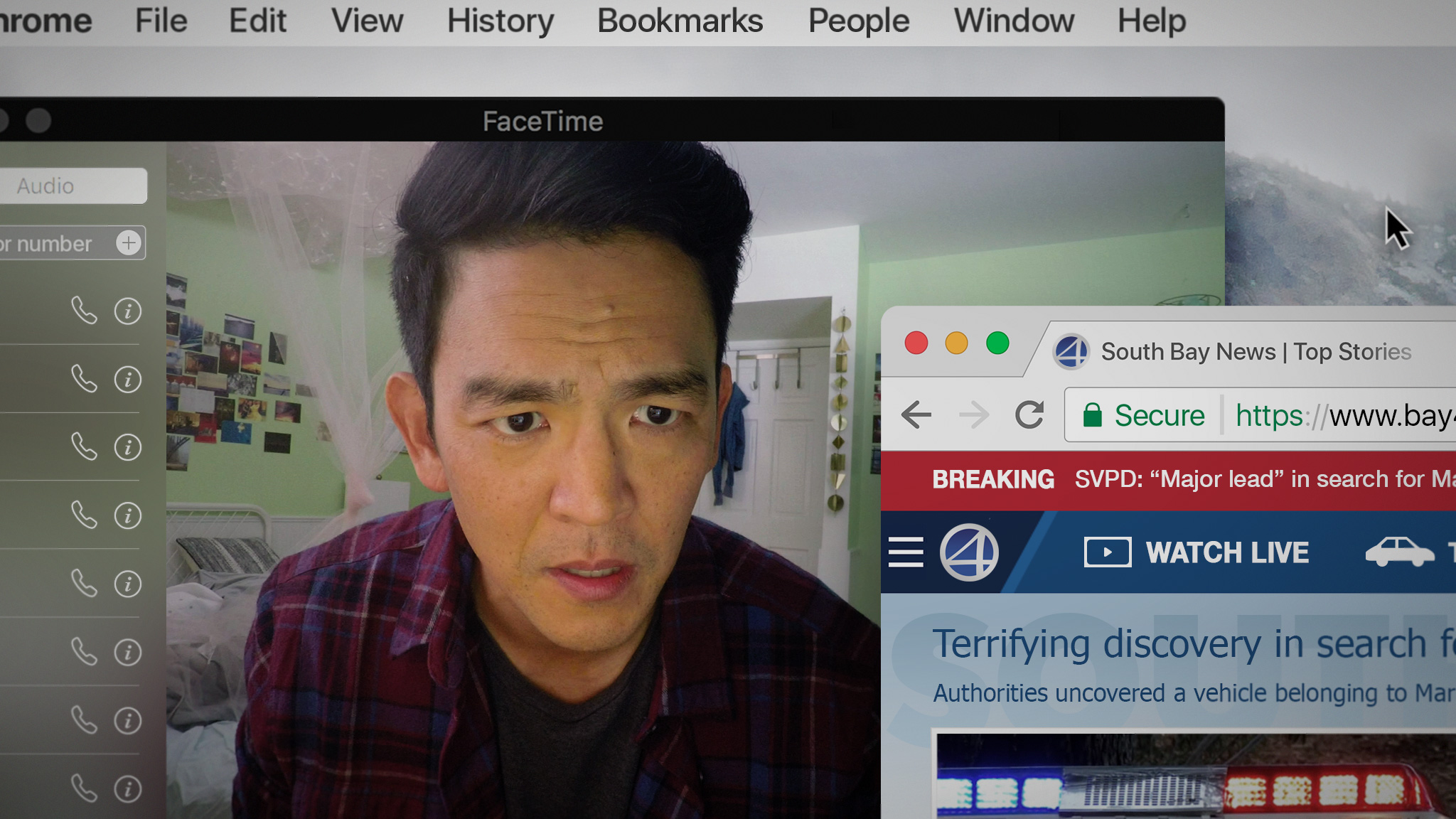 Much like early 80s music video directors adjusting to the possibilities afforded by the power of MTV, it’s taken current filmmakers some time to craft nuanced statements on the rise of social media.

But then, we’ve yet to see evidence that ZZ Top’s “Legs” swung an election, so clearly, we’re all still adjusting.

Searching is the latest reminder that for social media-themed movies, at least, things are looking up.

In his debut feature, director/co-writer Aneesh Chaganty crafts a smart, fast-moving internet mystery that plays out on the screens of various platforms. Dropping sly clues among its plot twist head fakes, the film becomes a surprisingly satisfying B-movie potboiler, a terrifically tense race against time that reminds us how tech-entrenched we are without resorting to any heavy-handed judgments.

Detective Vick (Debra Messing, effectively understated and against type) is on the case, and as David follows her advice to scour Margot’s online history for clues, we learn along with Dad that Margot had secrets.

Right from a nifty opening montage that serves to bond us with the Kim family while it wistfully reminds us how our own connections to technology have grown, Chaganty establishes a commitment to narrative momentum that rarely lets up. Very little time feels wasted because, natch, there’s no time to waste.

The integrity of the “real-time computer screen” device is richly detailed, organically sound and beautifully constructed, drawing a strange contrast in authenticity with the TV news segments covering Margot’s disappearance.

Did Changanty not bother sweating those details, or is it his nod to “old media” being out of step? I’m guessing the latter.

At least one plot twist seems a bit of a reach, and the final reveal stops just south of Scooby Doo inspired explanation, but Searching has brains and heart enough to rise above.

Though Chaganty assembles the film with the latest in frame wizardry, he surrounds it with familiar thriller elements that bring a subtle throwback feel to the astute look at how we live now.

Ultimately, Searching is a mystery with as much to say about parenting as posting, and a remarkably in-the-moment statement.