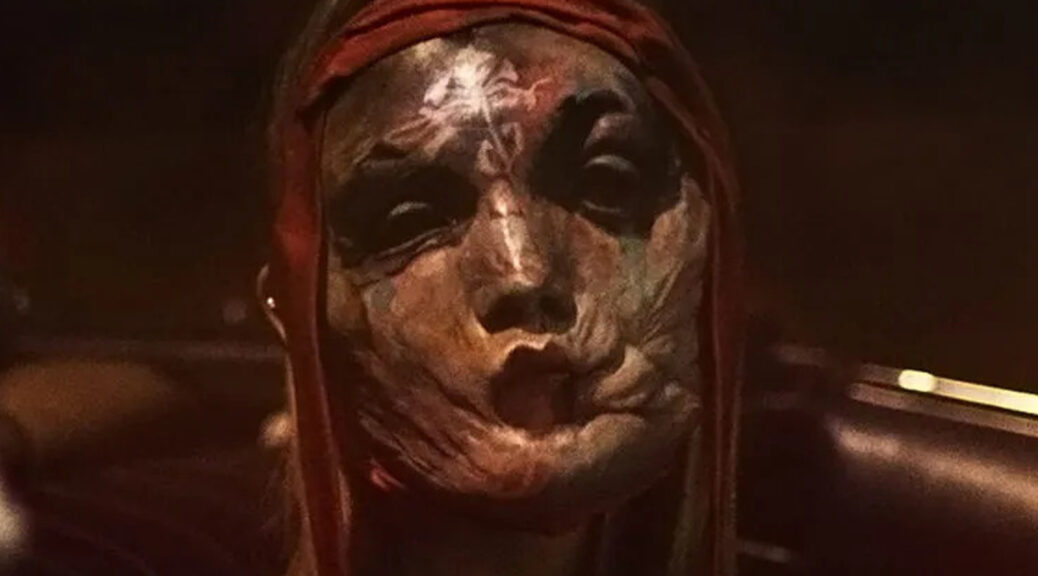 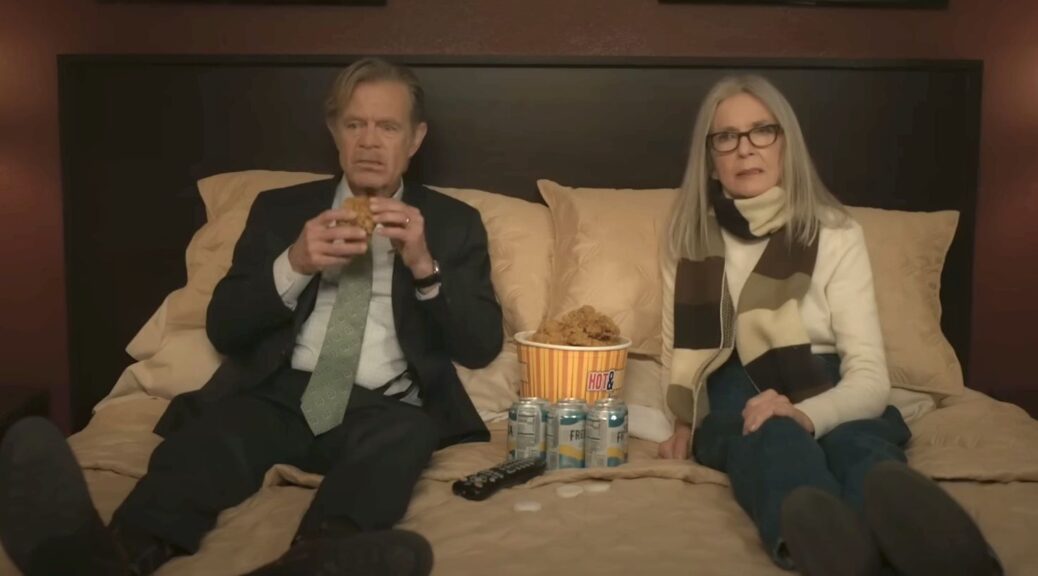 Writer/director Michael Jacobs is best known for producing TV shows that speak to teens: My Two Dads, Boy Meets World, and Girl Meets World. But just seconds after what feels like the longest pre-film credits in the history of cinema, his feature film Maybe I Do makes certain we know this is not that.

The romantic dramedy enlists four truly great veteran talents to take a peek at romance, love, and existential angst in your sixties.

Grace (Diane Keaton, who executive produces) can’t help but notice Sam (William H. Macy), who’s sobbing at a foreign film as he dumps M&Ms into his popcorn tub. She reaches out to him because he “seems distressed.” He assumes that, as she is also alone at a movie, she, too, is distressed.

She admits she is, but honestly, there’s nothing wrong with going alone to the movies. I’m saying that, not Diane.

So, the film offers three different vignettes of couples talking, arguing, and ruminating about love until worlds collide in the most obvious and contrived way possible. The sheer volume of cliches at work here could drown out almost anything of value, but how do you dismiss a film starring Macy, Keaton, Sarandon and Gere? Even the tritest dollops of wisdom sound charming and/or wizened coming from one of these four.

Gere and Macy together are a particularly tender treat, and while I applaud the actors and the opportunity the film allows, this scene best articulates the movie’s most nagging weakness. The whole film is sad for successful men who are dissatisfied with how their lives turned out. No one on earth is less pitiable than a successful middle-aged white man and his angst over what he hasn’t accomplished. But Gere and Macy almost make it work.

The second biggest problem is that the film hits traditional romance so hard. The act that has Michelle rethinking her relationship with Allen should be a red flag, an end to the relationship. Instead, it becomes a “marry me or it’s over” ultimatum. No. No! And then the whole film, one brimming with wildly unhappy marrieds, intends to prove to us all that you just have to go ahead and take the leap with someone who publically humiliated you to make sure they didn’t have to commit to you.

Maybe I Do is unabashedly romantic, deeply traditional, well-meaning and tired. So tired. But at least you get to see four tremendous actors riff off each other for 90 minutes.