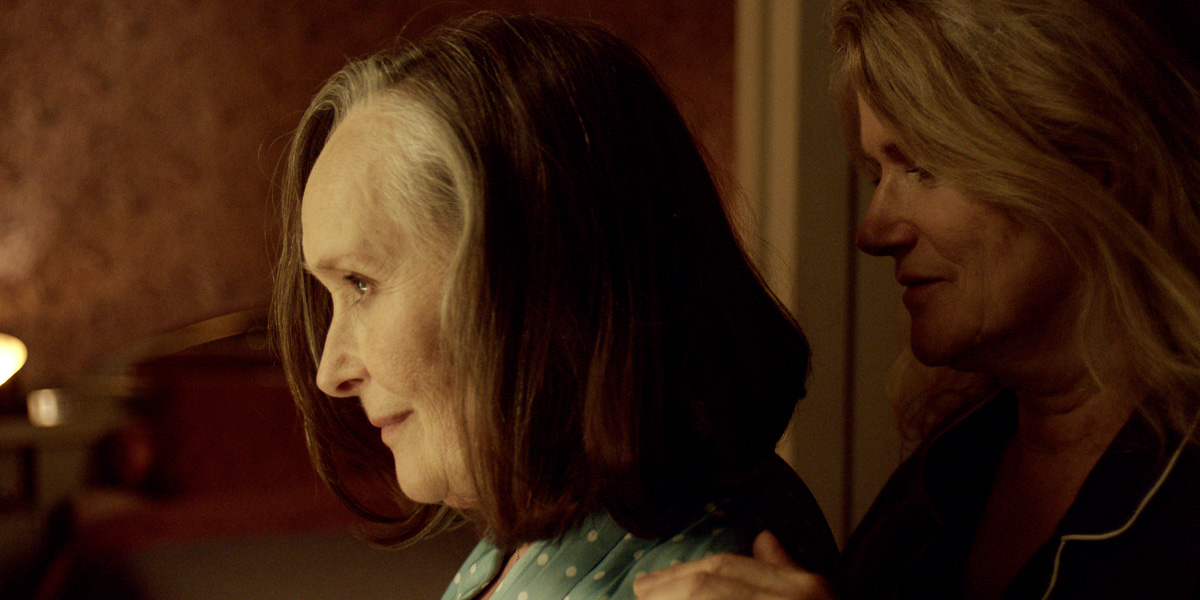 The plan was to sell each of their neighboring French flats and move to Rome. After decades of living in secret, Nina and Madeleine (“Mado”) would enjoy their twilight years loving each other without hiding.

But after promising to finally come out to her grown son and daughter, Mado (Martine Chevallier) hesitates. Nina (Barbara Sukowa) is furious, and the entire plan is up in the air when fate intervenes.

A sudden stroke leaves Mado unable to speak, which makes Nina an outsider in the world of her longtime love.

The debut feature from director/co-writer Filippo Meneghetti, Two of Us cuts deep with its quiet, well-constructed observations. As Mado’s family and a hired caregiver populate Mado’s apartment, Meneghetti returns often to a tiny peephole in the door, silently amplifying the distance separating the lovers, along with Nina’s yearning to conquer it.

The two leads – no doubt relishing the chance to craft complex, aging females – are simply wonderful. When we meet them, Nina is the proud free spirit, and Mado the reserved, closeted mother and grandmother. The stroke reverses their roles, giving each actor room to redefine their characters, and deepen our connection to them.

Though restrained by silence, you can practically hear Mado screaming for Nina, and Meneghetti’s frequent tight shots give Chevallier to chance to break our hearts without saying a word.

Sukowa’s arc is even better, and she makes Nina’s desperation not only palpable, but the understandable product of a love that is simply part of her very being. It is Nina who now must learn to lie, as her only hope for getting close to Mado becomes making up stories that might placate Mado’s slightly suspicious daughter (Léa Drucker).

One of those schemes runs Nina afoul of the caregiver’s adult son, leading to a well-worn and utterly predictable plot device that brings a surprise dent to Meneghetti’s gentle tone.

But by the time Nina and Mado are framed in the sweetest of final shots, all is forgiven. More than a welcome reminder that love is love at any age, Two of Us is a touching testament to how much stronger togetherness can make us.