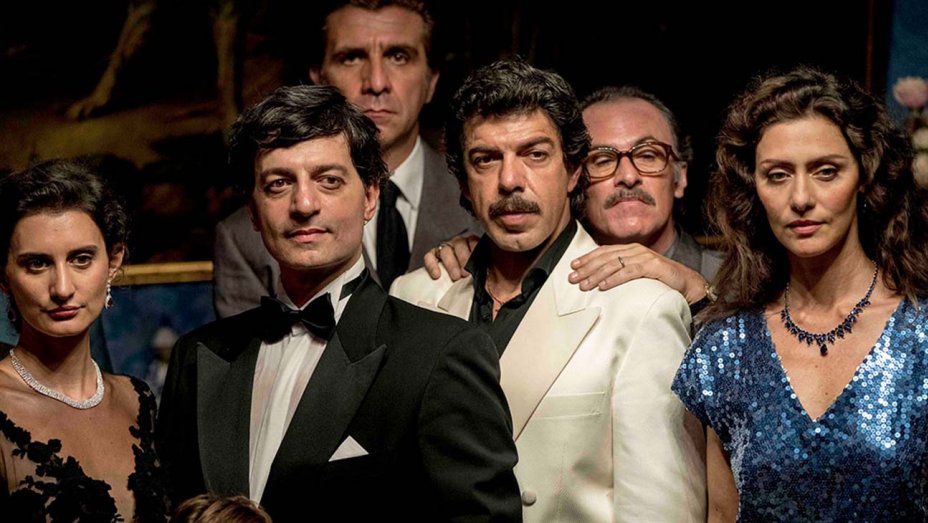 If you think Scorsese set the bar for three and a half hour mob epics, well, you may have a point.

But, although it clocks in at one hour south of The Irishman, Marco Bellocchio’s The Traitor also uses one man’s true-life experience to frame an expansive reflection on a life in the mob.

Tommaso Buscetta, the youngest of 17 children in a poverty-stricken Sicilian family, found his ticket out through organized crime. Rising to the rank of “Don Masino” in Sicily’s Costa Nostra, he eventually lost many family members and allies to the mafia wars. Disillusioned, Buscetta became one of the very first to break the mob’s strict code of silence and turn “pentito,” or informant.

Pierfrancisco Favino, who probably gets women pregnant just from introducing himself, is tremendous as the “Boss of Two Worlds.” Unlike DeNiro’s Frank Sheeran, Buscetta is looking back with defiance, secure in his standing as the only man “honorable” enough to call out the less honorable. Favino brings a quiet intensity to this inner strength that comes to define Buscetta after personal loss drives him to the depths of despair.

The moral complexities of honor among killers is Bellocchio’s strongest play. Early in the film, he sets the stakes effectively through sustained tension and stylish violence (a set piece inside a window factory is especially impressive) offset with familiar loyalties. Bellocchio invites our sympathies for a career criminal, and Favino rewards them.

But once Buscetta starts singing to anti-Mafia judge Giovanni Falcone (Fausto Russo Alesi), the film gets bogged down in the minutiae of courtroom testimony. Though American audiences may be intrigued by some of the differences in Italian trial procedure, Bellocchio’s prolonged attention to these details makes us long for the pace of the film’s first two acts.

The scope of Buscetta’s story is grand and Bellocchio’s ambitions noteworthy, but even at 145 minutes the film ultimately feels like a finely-crafted overview. Favino has the goods to give us the The Traitor‘s soul, but not the freedom.

Maybe another hour or so would have done it.