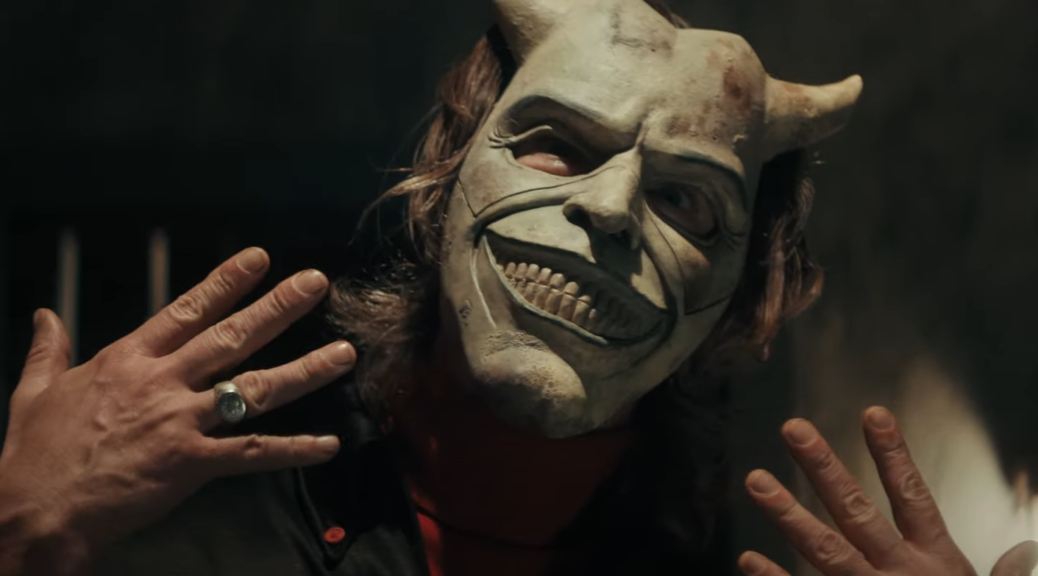 It can be tough to turn a short story into a feature-length film. Filmmakers wind up padding, adding needless plotlines, losing the pointed nature of the short. And Joe Hill’s story The Black Phone is short and to the point. It’s vivid and spooky, and it plays on that line between the grotesque and the entertaining that marks children’s lives.

The first thing he does is change up the villain, which is generally a terrible idea. It works out well here, though, because Ethan Hawke and his terrifying assortment of masks are the stuff of nightmares.

Hawke plays The Grabber. With his top hat, black balloons and big black van, he’s managed to lure and snatch a number of young boys from a small Colorado town. Finney (Mason Thames) is his latest victim, and for most of the film Finney waits for his punishment down a locked cement basement.

Not much else down there besides a filthy mattress and an old, disconnected rotary phone.

Derrickson does stretch the tale with the kind of secondary plot you might find in one of Hill’s dad Stephen King’s books. Back at home, wearing a yellow slicker and rain boots, Finney’s little sister Gwen (Madeleine McGraw) dreams of the missing boys. Her dreams are so accurate they draw the interest of local police.

This is not the film’s strongest element, but it doesn’t play too poorly, either. Derrickson understands that a film’s hero needs some backstory, some arc to make their journey meaningful. He gets heavy-handed with Finney’s family drama, but he doesn’t overwhelm the primary creepiness with it. And he links the two storylines together smoothly with a shared bit of the supernatural.