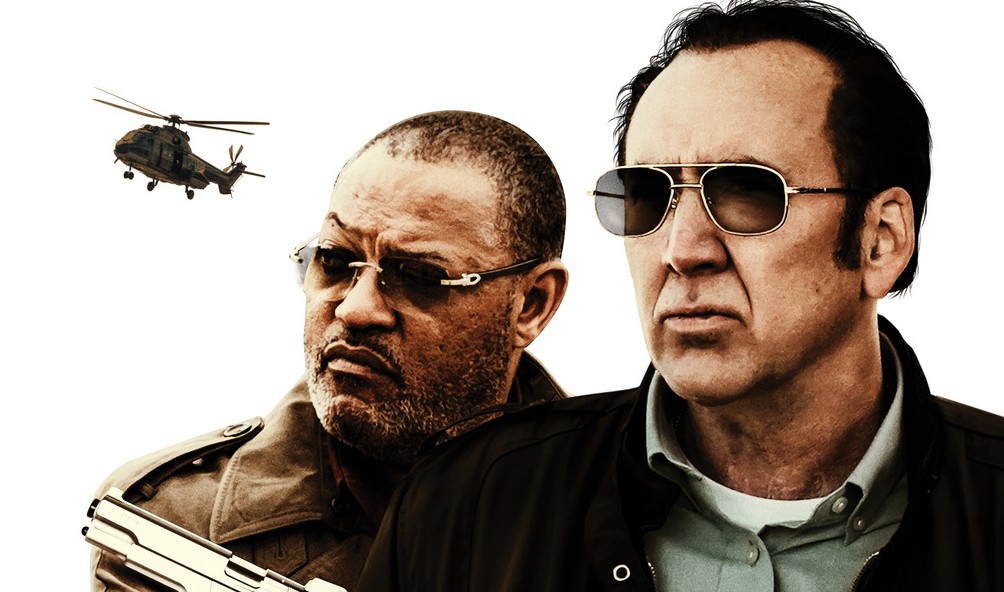 Running with the Devil

A tale told in bathrooms, Running with the Devil travels with The Cook (Nicolas Cage), a high ranking jefe in an international cocaine cartel.

He’s a jefe, but he’s not El Jefe. That’s Barry Pepper, as The Boss, and he has other pressing concerns. El Jefe needs The Cook to travel with his product from the farm where it’s produced through the forests, mountains, backstreets, highways and checkpoints to the hands of the dealers who sell it, so he can determine just where the other problem lies.

So while The Agent in Charge (Leslie Bibb) and Number One (Peter Facinelli) investigate suspicious OD’s stateside, The Cook heads south for his own form of investigation.

A word about character names. Writer/director Jason Cabell offers labels as opposed to your traditional Paul or Paulas. That would be interesting if the labels were fun or even on-the-nose, but The Cook? This isn’t meth. He actually just owns a restaurant on the side, which has nothing to do with anything, but I guess Cartel Middle Manager didn’t have the right zing.

Another word about Number One (Facinelli). This guy. He’s the trusted back up to The Agent in Charge. He’s the guy who gets stuck heading to the border to wait for the shipment. And he is the single most conspicuous person on earth. He’s like a Tom of Finland illustration come to life and dressed in JC Penney’s best.

Anyway, Cabell structures his film to draw tension and excitement from the inevitable collision between The Cook (Cage) and The Man (Lawrence Fishburne).

They may be borderline-geriatric badasses, but both have certainly cut interesting cinematic figures. What can they do together?

Well, in this case, they can disappoint. You can’t lay this on Fishburne’s portrayal. His commitment to the pursuit of cocaine and prostitutes impresses.

Unfortunately, this is one of those Nic Cage movies where he doesn’t cut loose—doesn’t go all Nic Cage on you. This means he has to act, but he more or less chooses not to. You get a flash here, a flutter there, but the naked truth is that Nicolas Cage has no idea how to behave like a regular person. The Cook is too ordinary a man for Nicolas Cage to properly portray.

And without the needed distraction of a Full On Cage, it’s tough not to notice the narrative inconsistencies, trite dialog, stupid character names.

I mean, Facinelli does what he can with that mustache to keep your attention, but when it comes to the school of Glorious Explosive Train Wreck Acting, he’s no Nic Cage.