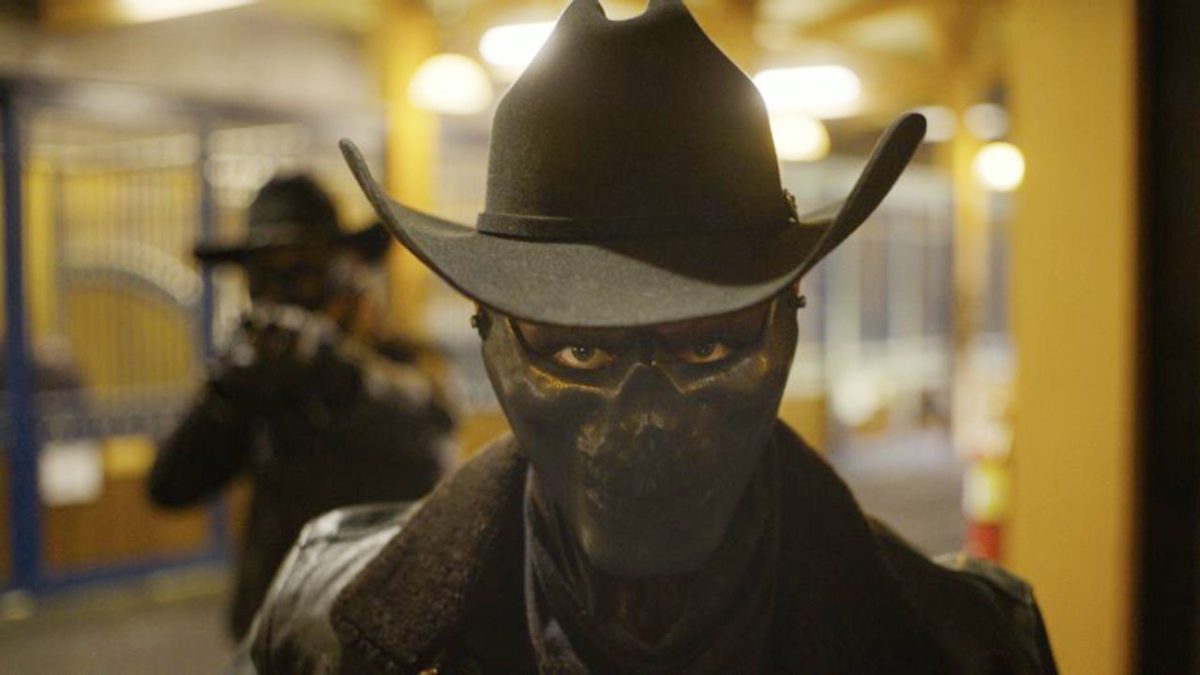 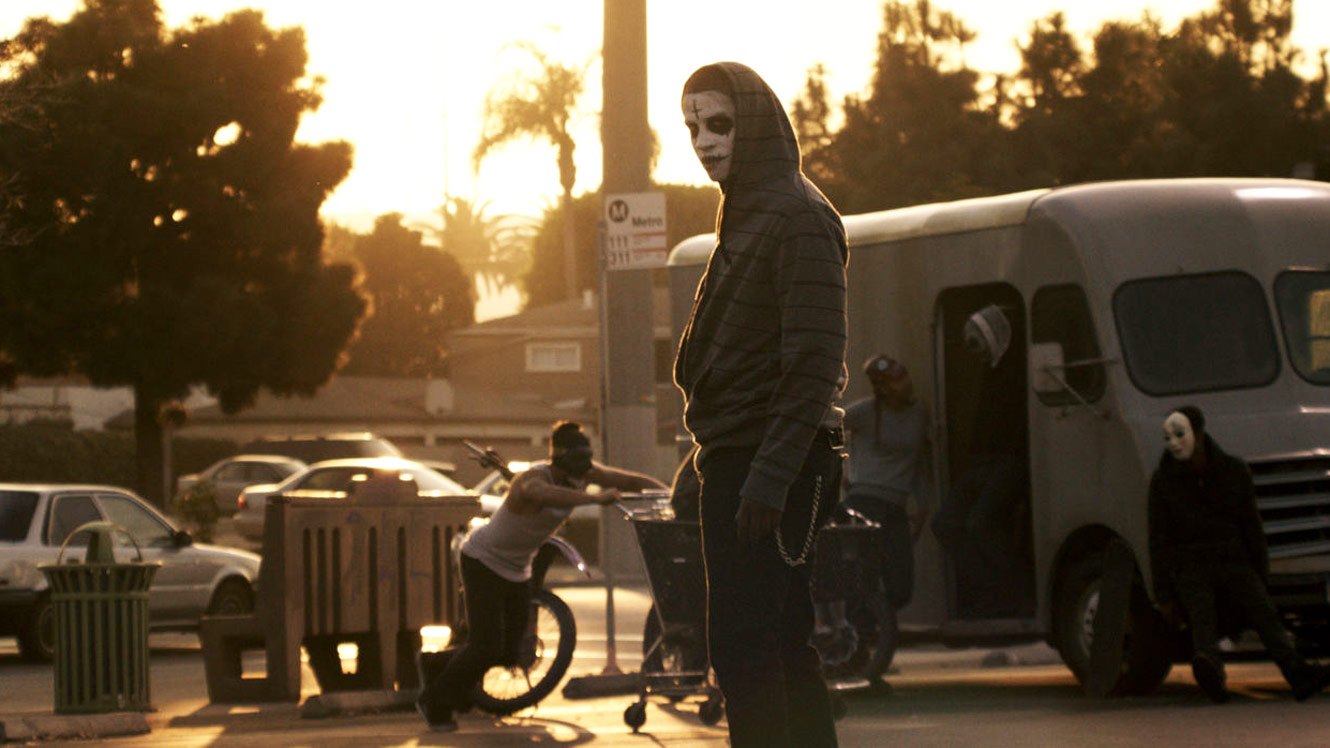 In case anyone didn’t catch last year’s not-so-subtle message in The Purge, writer/director James DeMonaco is back with The Purge:  Anarchy, this time wielding his class warfare sermon like a blunt instrument.

DeMonaco’s original premise – an American society that celebrates a yearly night of complete lawlessness – remains a solid one. And while the first chapter borrowed heavily from from various films (as does Anarchy), it offered enough visual style to offset the lack of nuance in the presentation.

Following the usual playbook for a sequel, it’s more of everything in round two.

The sirens that signal the start of the purge sound quickly, and we focus in on a group of five citizens who are out after dark for very different reasons. A mother and daughter (Carmen Ejogo and Zoë Soul) are being hunted, a young couple (Zach Gilford and Kiele Sanchez)  are on the run after suspicious car trouble, and one lone badass (Frank Grillo) is armed to the teeth with revenge on his mind.

DeMonaco again demonstrates his flair with a camera, offering several striking images of what the purge hath wrought – a bloody young woman’s desperate gaze or a flaming semi passing quickly in the background. Too often, though, his direction becomes obvious, muting any effect from a sudden scare or even a cloying red herring.

His script is worse, hammering home the plutocracy theme again and again until it is preached via a “bad guy to wounded guy” speech for the benefit of any audience members with a taste for Scooby-Dooings.

That’s not to imply DeMonaco’s grievances aren’t valid, they are, and there might even be a solid film buried in here somewhere, but success of The Purge lingers as a doubled-edge sword.

The path DeMonaco takes for Anarchy may seem the logical one, but it flirts with camp so often you wonder how much better it might have been with an outright satirical approach a la God Bless America.

By the time the morning sun brings this latest purge to a close, what began as a decent B-movie horror show becomes a sad imitation of The Running Man.