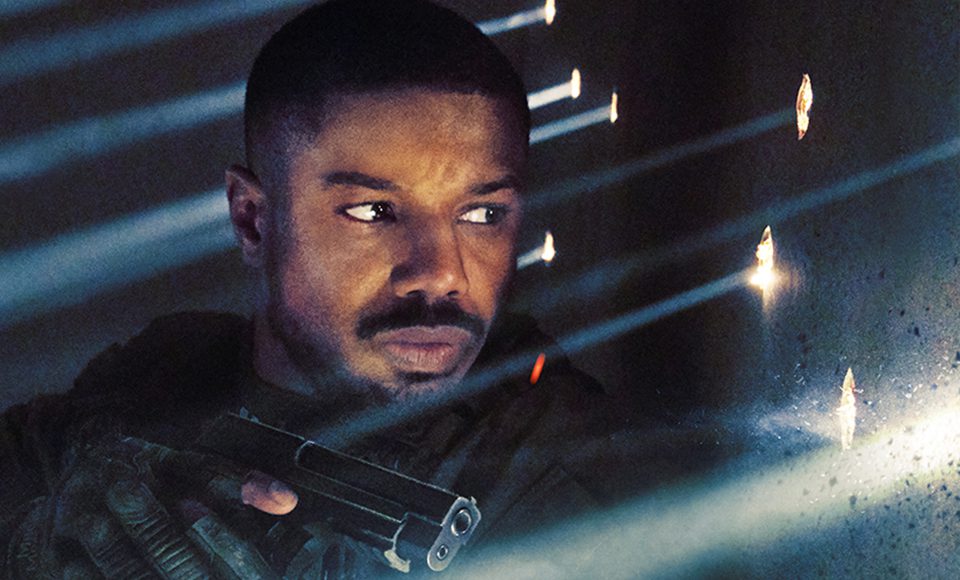 Michael B. Jordan is a bona fide movie star, a butts-in-seats celebrity ready to front his own spy thriller franchise. He’s ready to Harrison Ford.

He definitely is ready, there’s no doubt he has the talent, charisma, looks and mass appeal to bring a Tom Clancy story to the big screen. But should he do it?

Jordan’s John Kelly finds himself in an unexpected operation in Aleppo. He loses a friend and nearly loses his commanding officer (Queen & Slim’s Jodie Turner-Smith, wasted), much thanks to a cagey CIA operative (Jamie Bell) who’s hiding something from the team. Something Russian.

Well, those Russian secrets keep resurfacing, and they rack up a heavy body count. Next thing you know, Jordan has to take off his shirt and splash water on his bare chest because…I don’t know. It might honestly just be a contractual thing now.

Stefano Sollima directs this espionage thriller, and he has even less luck than he did with his last feature, Sicario: Day of the Soldado. The problem this time around is not that his film suffers terribly by comparison. (Man, that was the problem last time.) The problem is that writers Will Staples and Taylor Sheridan just don’t seem to be trying very hard.

And Sheridan can be one of the finest writers working in film (Sicario, Hell or High Water). But you would not know that here.

The thrills are mediocre, the shootouts and fights are middling, and the only thing more obvious than the plot points are the performances. Worse still, the writing is sloppy and convenient. There’s an unmanned, unlocked, running vehicle right when John Kelly needs one, and don’t even ask how he gets unconscious villains from point A to point B. I guess that’s confidential.

It’s not that Tom Clancy’s Without Remorse is a terrible movie. It isn’t. But there’s no excuse for it to be utterly mediocre, which it is. The director’s proven to be competent and the co-writer has proven to be genius. Plus there’s a bona fide movie star at the height of his wattage leading the effort.