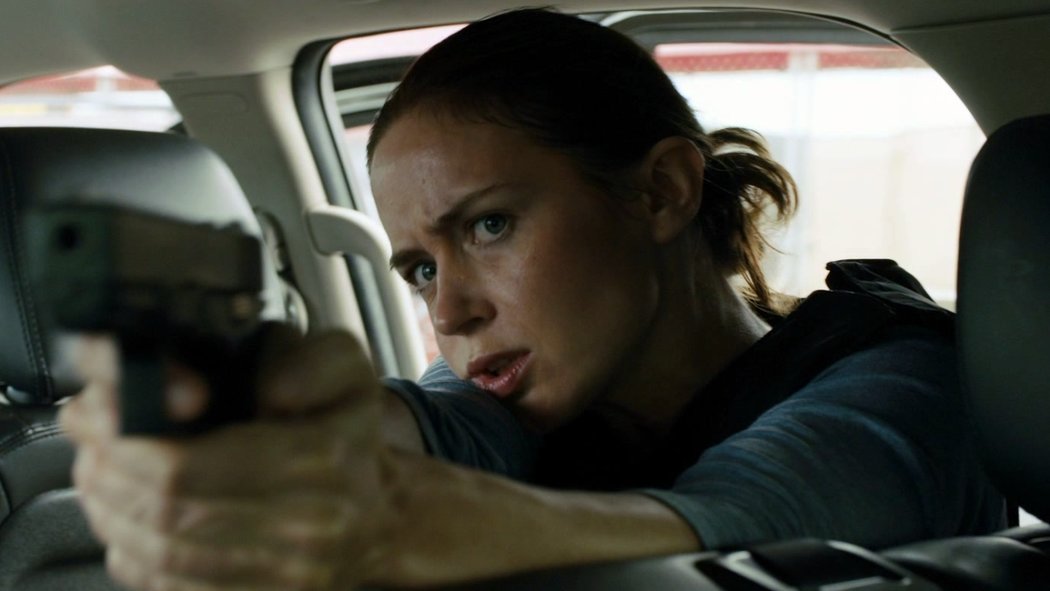 How versatile is Emily Blunt?

Who’d have thought, back when she caught our attention in Devil Wears Prada or The Young Victoria that she’d step so easily into the role of badass? But between her shotgun-wielding protector in Looper and her Sigourney Weaver-esque role in Edge of Tomorrow, she’s proven as compelling a figure in action as she is in comedy and drama. She proves her mettle again in Denis Villeneuve’s take on the drug war, Sicario.

Blunt plays Kate Macer, a determined cop working hostage crises who’s promoted to a vaguely defined drug taskforce. She will find that her desire to make an impact and her hunger for justice do not always gel. It’s a flawed character who struggles against her naiveté while battling to keep her idealism intact in an operation that vividly encapsulates the murky, complex, and unwholesome battle at our Southern border.

As wonderful as Blunt is, she’s matched step for step by Josh Brolin, as a flippant senior officer who finds humor where most of us would not, and a breathtaking Benicio Del Toro.

Del Toro is at his best as a haunted, mysterious consultant on the case, and his relationship with Blunt’s character is equally menacing and tender.

Villeneuve’s films are dark and challenging, which is certainly the case with Sicario – his most satisfying film to date.

By focusing as intimately as he does on three or four characters, the global picture he paints is anchored, becoming more relevant and comprehensible. Roger Deakins’s weirdly beautiful cinematography mimics the rising panic of Kate’s attempt to soak in every piece of information in her new surroundings, generating an awestruck and terrified depiction of the escalating action.

Villeneuve walks a line between thoughtful drama and all out action film, never abandoning character while still creating arresting, unforgettable action sequences. The opening scene will stay with you, while two different visits to the border – one above ground, one below – are pure cinematic genius.

A tourism advertisement it is not, but Sicario offers an insightful, thrilling glimpse into a possibly unsolvable riddle.