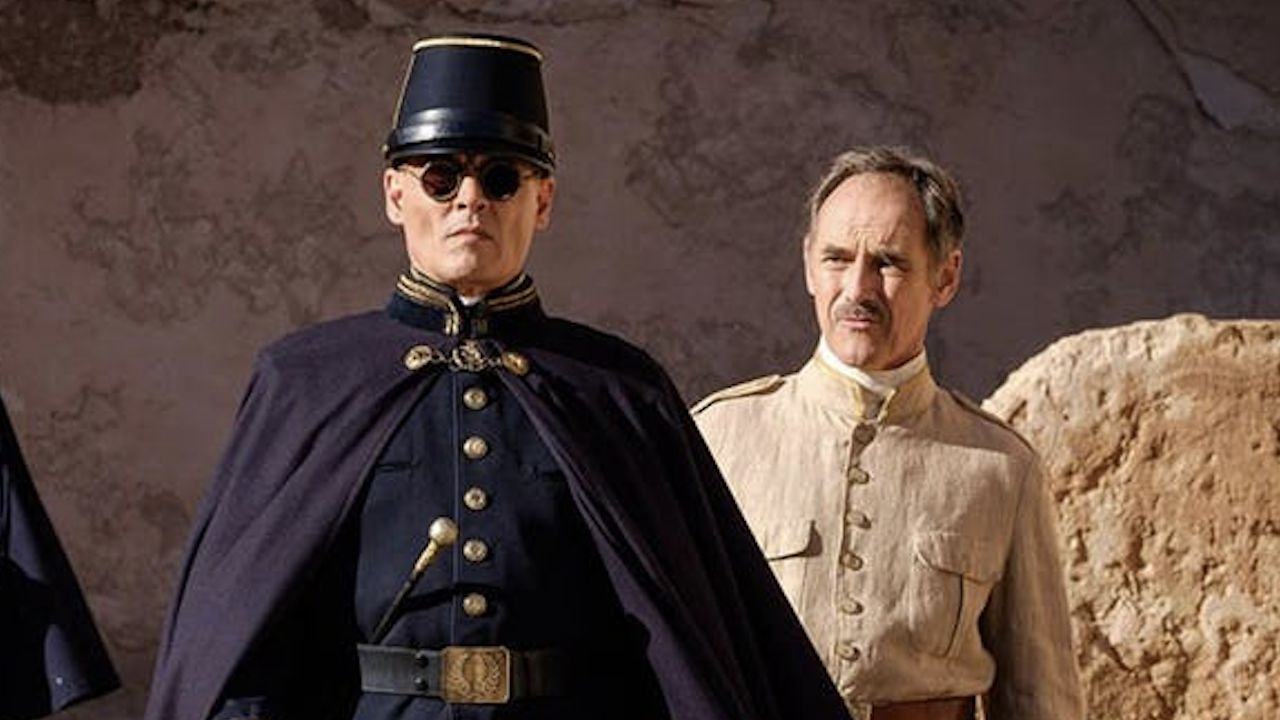 Waiting for the Barbarians

In the forty years since J.M. Coetzee’s Waiting for the Barbarians was first published, world events have continued to re-frame its thematic relevance.

In a vaguely historical era within an unnamed “Empire,” the Magistrate (Mark Rylance) governs his desert outpost population through moral conviction and a delicate harmony with the land’s indigenous peoples.

Conversely, Colonel Joll (Johnny Depp) – the soft spoken and sadistic head of state security – believes “pain is truth.” Joll arrives at the outpost to carry out random interrogations of the nomadic “barbarians” and learn the truth about an attack that he feels is imminent.

The Magistrate protests this view of the natives and the Empire’s directives, drawing the ire of Joll and later, his more overtly cruel lieutenant, officer Mandel (Robert Pattinson).

Coetzee’s debut screenplay adapts his own novel with delicate grace and an understated foreboding. But as relevant as the theme of creeping fascism remains, its bite is dulled by ambiguity and broadly-drawn metaphors.

The urge to speak more universally via an unspecified name, time and place is understandable, but it hampers the intimacy required to feel this warning in your gut.

The Oscar-winning Rylance (Bridge of Spies) almost makes up for this by himself, with a tremendous performance of quiet soul-searching. The film’s summer-to-the-following-autumn chapter headings paint the Magistrate as an obvious man for all seasons, and Rylance makes the Magistrate’s journey of fortitude and redemption feel almost biblical.

Depp and Pattinson provide worthy adversarial bookends. As Joll, Depp’s only eccentricity is a pair of sunglasses, but again he requires minimal screen time to carve an indelible figure.

Mandel is an even smaller role, but Pattinson makes him the eager realization of the ugliness Joll keeps bottled up. It’s another interesting choice for the gifted Pattinson, and another film that’s better for it.

Waiting for the Barbarians is not a film that will leave you guessing. But the decades-old message remains painfully vital, and in its quietest moments of subtlety, the film gives that message sufficient power.