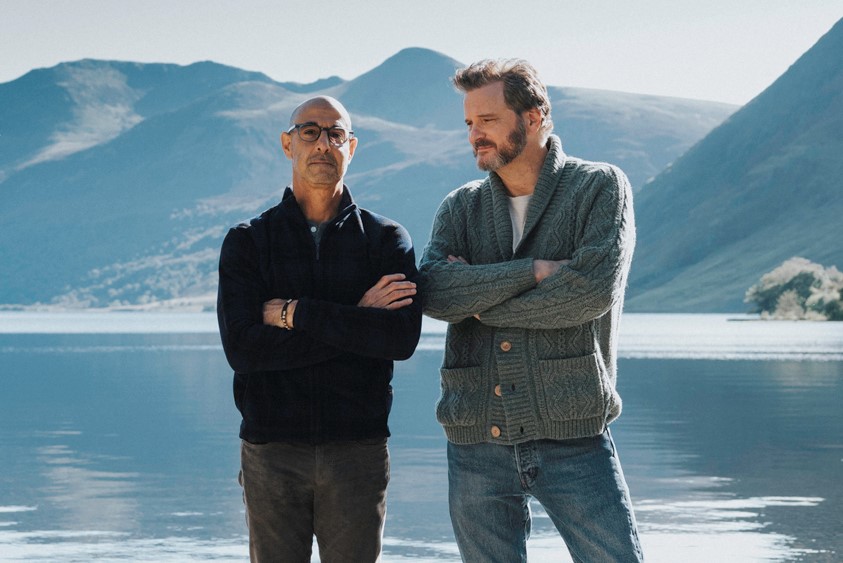 Sometimes, just watching two master actors at work is worth the price of admission. And though Colin Firth and Stanley Tucci are not all that Supernova has in the win column, they are what keeps the film engaging throughout a fairly familiar narrative.

Firth is Sam and Tucci is Tusker, two longtime partners who have hit the road with their beloved dog, traveling across England in an old RV.

The two men have been in a committed, loving relationship for over twenty years. Now, after Tusker’s diagnosis of early onset dementia, they’re taking the time to catch up with cherished family and friends while they revisit some favorite spots from their past.

For his second feature, writer/director Harry Macqueen is on familiar ground as well, returning to some of the themes that drove Hinterland, his 2014 debut.

Like that film, Supernova becomes a road trip through wonderfully picturesque landscapes, as two souls appreciate the chance to share the beauty – and the heartbreak – that life brings.

But here, with older characters connected by more than just friendship, Macqueen adds a layer that is made beautifully resonant by the warm chemistry and fully formed characterizations of Tucci and Firth.

Every glance and subtle movement between them reflects the preciousness of the time that Sam and Tusker have left. And though its predictability has you wishing Supernova had something a bit more luminous to say, the two shooting stars in the lead are not to be missed.