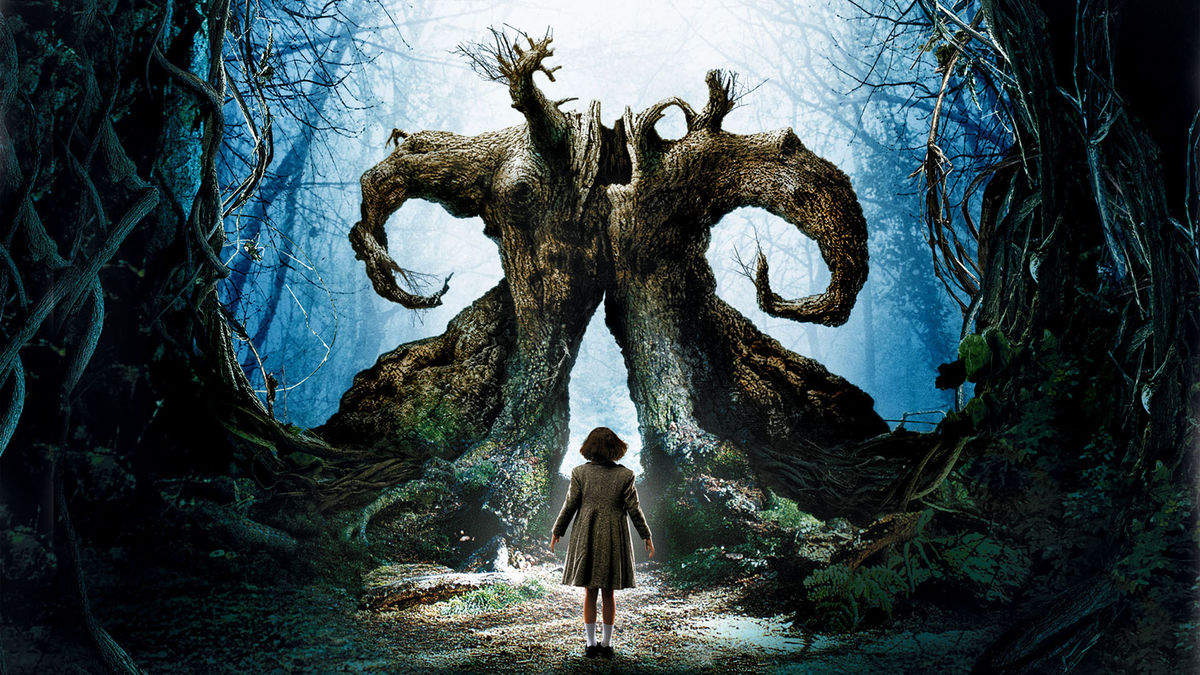 Nothing scared me as a child the way the story of Hansel and Gretel did. Do you know why? Because it’s fucking scary. But that’s the thing about fairy tales, isn’t it? There was always something—a big, bad wolf or a witch or a wicked stepmother—intended to frighten children. No wonder fairy tales make such rich fodder for horror movies.

Here are our picks for the best fractured fairy tale horror—either those films that reimagine an old fairy tale or those that are clearly inspired by them—recorded live at the Gateway Film Center.

Director Pil-sung Yim’s reimagining of Grimm’s classic “into the woods” horror upends expectations by putting adults in the vulnerable position and giving children the power.

A young man facing impending fatherhood gets into a car accident next to a deep, dark and mysterious woods. He loses himself and is rescued by a lone little girl with a lantern.

From here, Yim’s sumptuous visuals and eerily joyful tone create the unshakable sensation of a dream—one that looks good but feels awful.

As our protagonist unravels the surreal mystery that’s swallowed him, Yim offers a parable—as fairy tales often do—about the value of children. But don’t let that dissuade you from this seriously weird, visually indulgent gem.

Based on the ballet Swan Lake, which itself is inspired by German folktales The White Duck and The Stolen Veil, Black Swan takes a dark turn.

The potent female counterpoint to Darren Aronofsky’s 2008 gem The Wrestler, Black Swan dances on masochism and self-destruction in pursuit of a masculine ideal.

Natalie Portman won the Oscar for a haunting performance—haunting as much for the physical toll the film appeared to take on the sinewy, hallowed out body as for the mind-bending horror.

Every performance shrieks with the nagging echo of the damage done by this quest to fulfill the unreasonable demands of the male gaze: Barbara Hershey’s plastic and needy mother; Winona Ryder’s picture of self-destruction; Mila Kunis’s dangerous manipulator; Vincent Cassel’s other dangerous manipulator.

The mind-bending descent into madness and death may be the most honest look at ballet we’ve ever seen at the movies.

Jakob, a meek police officer in a remote German berg, has been charged with eliminating the wolf that’s frightening villagers. Moved by compassion or longing, Jakob can’t quite make himself accomplish his. But a chance encounter with a wild-eyed stranger wearing a dress and carrying a samurai sword clarifies that the wolf is probably not the villagers’ – or Jakob’s – biggest problem.

Pit Bukowski cuts a peculiar but creepy figure as the Samurai – kind of a cross between Iggy Pop and Ted Levine. As the cat and mouse game gains momentum, it appears the Samurai is here to upend all of Jakob’s inhibitions by eliminating anyone keeping him from embracing to his primal urges.

Guillermo del Toro’s masterpiece is Influenced visually and logically by fairy tales. It takes us to a fairy tale land but is not set on any existing fairy tale, not unlike Argento’s greatest work, Suspiria (1977), and Jee-woon Kim’s brilliant Tale of Two Sisters (2003).

But honestly, there is nothing on earth quite like Pan’s Labyrinth. A mythical cousin to del Toro’s beautiful 2002 ghost story The Devil’s Backbone, Pan’s Labyrinth follows a terrified, displaced little girl who may be the reincarnation of Princess Moanna, daughter of the King of the Underworld. She must complete three tasks to rejoin her father in her magical realm.

A heartbreaking fantasy about the costs of war, the film boasts amazing performances. Few people play villains—in any language—as well as Sergi Lopez, and Doug Jones inspires terror and wonder in two different roles. But the real star here is del Toro’s imagination, which has never had such a beautiful outlet.