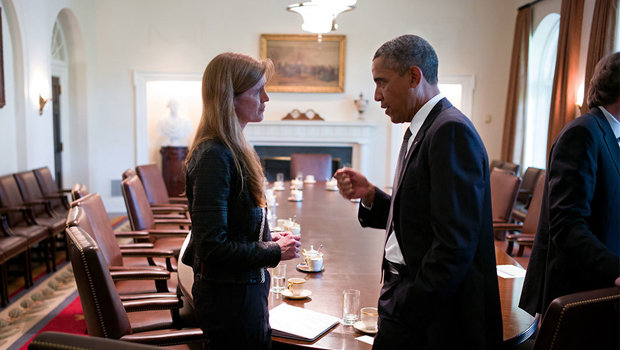 It may be an often misused phrase, but if you’d like an example of someone literally at a loss for words, you’ll find it in The Final Year.

Ben Rhodes, senior advisor to President Barack Obama, is trying to come to grips with the fact that Donald J. Trump had just become President-Elect of the United States. Rhodes tries several times to process a comment, and cannot.

It’s a striking sequence of an entire administration caught by horrific surprise, one of many indelible moments in director Greg Barker’s compelling look inside the final twelve months of the Obama presidency. Beyond the press conferences and photo ops, the film celebrates the daily grind of governing, and builds an ironic vibrancy from the slow and often frustrating march of persistence.

The goal is Obama’s vision of a “global common humanity,” and as the months wind down, we get close to the key players on his foreign policy team: Secretary of State John Kerry, UN Ambassador Samantha Power, National Security Advisor Susan Rice, and Rhodes.

It’s The West Wing with very real, incredibly high stakes, and from the Iranian nuclear treaty to the Syrian conflict, from the Paris climate accords to Boko Haram, we witness a commitment to progress that might be…steady…”harder to dismantle if we take a different turn.”

Which, of course, we did, a fact that lays bare the anchor in this film that’s as bittersweet as it is inescapable. Government needs people this committed, this intelligent, this qualified, this decent, and right now they seem in damn short supply.

Is Barker selective about what sides of his subjects we’re permitted to see? For sure, as that’s what a director does. But whether your political lean is left or right, the suspicion that Barker’s sitting on video of Obama bragging about sexual assault or calling some country a “shithole” would occur only to the most rabid of Hannitys.

It adds up to a fascinating, fly-on-the-wall account of 2016 that arrives already feeling like a freshly opened time capsule from some faraway yesteryear, a magical time when Presidents might have actually cared about other people.