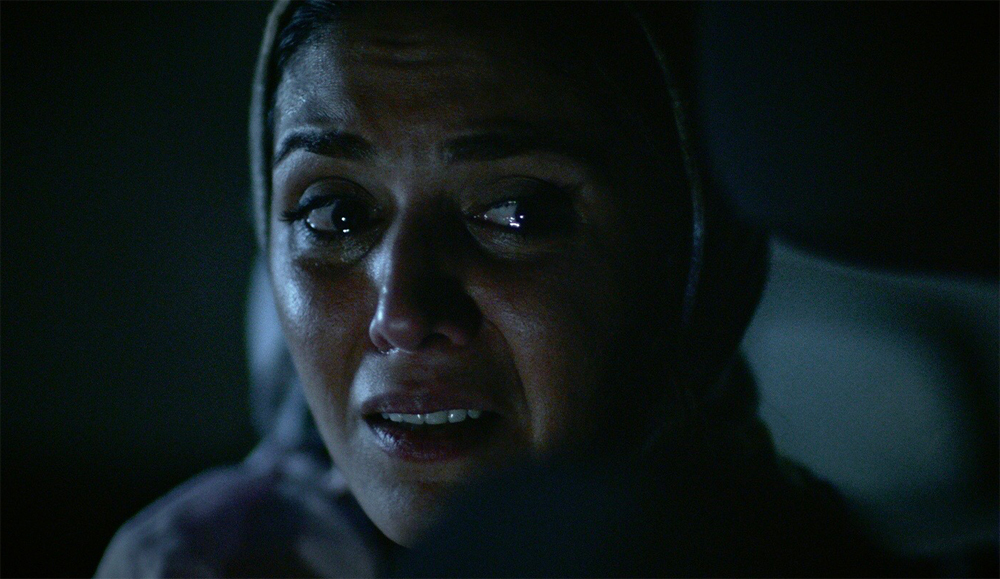 Come on, it’s been forty years, can’t we get a new haunted hotel flick without you screaming bloody redrum?

That’s fair, but what if the new take unveils a slow shower curtain reveal and turns to a golden oldie for creepy soundtrack effect?

Oh. Well then the film’s going to have to work even harder to avoid the dustbin of shameless Shining wannabees.

The Night does just that, and ultimately manages to find its own voice with a goosebump-inducing tale of a frantic family’s sleepless night away from home.

Babak (Shahab Hosseini) and Neda (Niousha Noor) are an Iranian couple living in the U.S. They have a new daughter, who is pretty well-behaved during their game night with some friends.

Neda’s not happy that Babak knocked back a few shots during the evening, so when the GPS starts acting crazy on the drive home and the baby is fussing, Neda suggests they find the nearest hotel and start fresh in the morning.

But from the moment the clerk at the Hotel Normandie (George Maguire – perfectly weird) greets Babak with tales of all the death he’s seen in his life, things ain’t right.

Babek was hoping the booze would dull his toothache, but now he’s just exhausted from being kept awake by what he’s seeing…or just thinks he’s seeing. While Neda, increasingly desperate just to keep her child safe, begins to suspect the key to escaping may lie in revealing some long-held family secrets.

As a simple device with plenty of easy fright potential, the haunted house has served horror well for decades. But elevating it to a metaphor for something deeper is only as successful as the weakest pillar involved.

The Night shows strength all around, and by daybreak a pretty well-known blueprint builds to a satisfying reminder on the cost of deception.