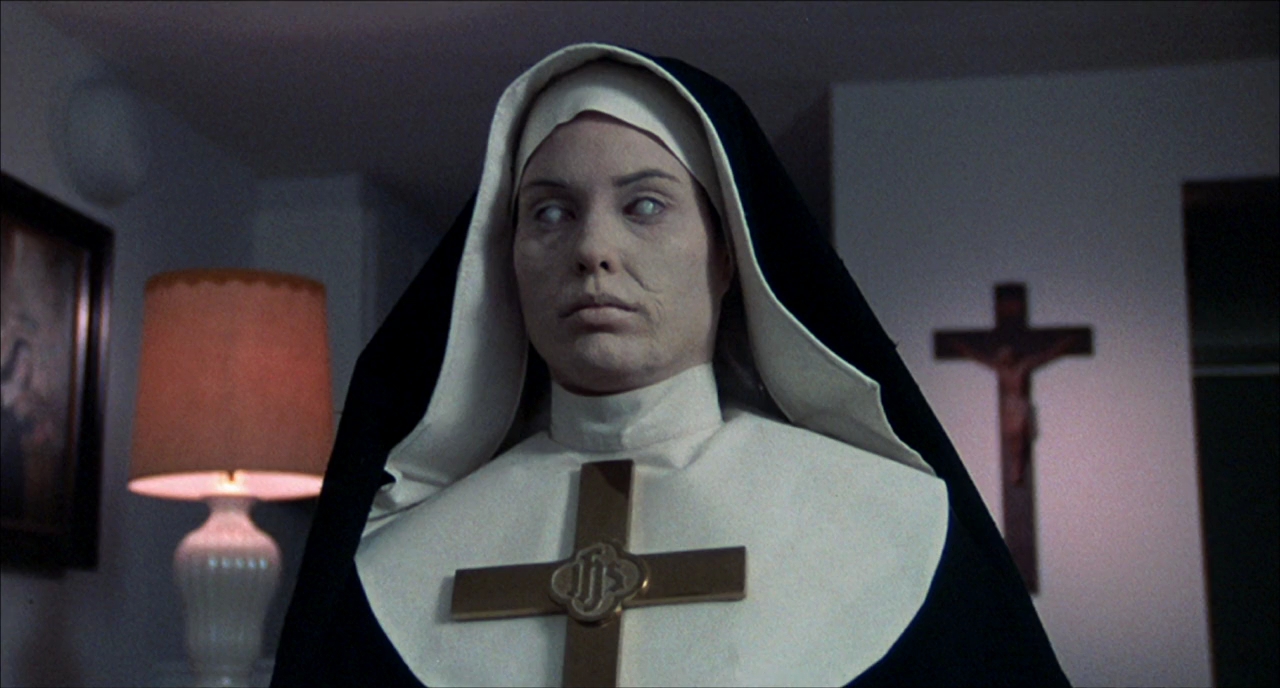 Our friend is looking to buy her first home and our only advice was probably the same advice she got from everyone: check the basement for the gateway to hell. That always causes trouble for new homebuyers, doesn’t it?

Indeed, these netherworld exits and entrances don’t exist only in suburban basements. Nope, you can find them anywhere. In fact, you can even create your own. No idea why you would want to do that, but (assuming horror films are how-tos), it can be done. Which are the best gateway to hell horror movies, you ask? Luckily, we’ve done the math.

A bunch of films nearly had this fifth slot: Amityville 3D (mainly so we could make fun of Laurie Laughlin), The Gate and its Harryhausen influences, Event Horizon’s blackhole to hell. But we landed on The Ninth Gate because we love Frank Langella and Lena Olin.

Maybe the element of this film that makes it more interesting than it might be is that, while the humans longing for the knowledge in these volumes are terrible people, the film doesn’t seem to find Satanism (the real worship of an actual Satan, not today’s activism branch) a potentially worthwhile activity. Satan (Emmanuelle Seigner, Polanski’s wife) is also an interesting character—in concept, anyway.

Plus, black masses! Love those!

Lucio Fulci was really preoccupied with the gateway to hell. He produced an entirely worthwhile trilogy on the topic. And while City of the Living Dead and House by the Cemetery have their charms (well, for one of us), The Beyond is by far the most entertaining of the three.

As is always the case in Fulci films, the dubbing is half the fun, here unintentionally aiding in the overall surreal quality of the picture. Liza Merrill (Catriona MacColl, who stars as different characters in each of the three Gateway films) has inherited an old Louisiana hotel from her dead uncle.

Guess what’s in the basement?!

Silly, gory as hell, hypnotic and oh-so-Fulci, The Beyond is a dreamy peek into hell. The clashing accents and lack of logic only strengthen the vibe.

Yes, technically this one takes place in “The Further” – but we don’t buy that this creepy red guy plays organ in limbo or purgatory. We’re going with hell.

Director James Wan and writer (and co-star) Leigh Whannell launched a second franchise with this clever, creepy, star-studded flick about a haunted family.

Patrick Wilson (who would become a Wan/Whannell staple) and Rose Byrne anchor the film as a married couple dealing with the peculiar coma-like state affecting their son, not to mention the weird noises affecting their house.

But what makes this particular film so effective is that we get to go into The Further to reclaim the lost soul. It’s a risky move, but these filmmakers do what few are able to: they show us what we are afraid of.

Journeyman writer/director Michael Winner helmed this weird little gem about a damaged young woman and her journey toward the only destiny that can save her.

It starts, as these things so often to, with the search for a new place to live. New York model Alison (Cristina Raines) is offered an incredibly great rate for a gorgeous NY brownstone apartment.

Is it the gateway to hell? Yes, but NY real estate being what it is, she takes it.

Meredith in particular is a magnificent Satan.

The serpentine sequencing of events evokes a dream logic that gives the film an inescapable atmosphere of dread, creepily underscored by its urgent synth score. Evrenol’s imagery is morbidly amazing. Much of it only glimpsed, most of it left unarticulated, but all of it becomes that much more disturbing for its lack of clarity.

As is always the case, the real kicker is the Satan character. Here, central figure Mehmet  Cerrahoglu’s remarkable presence authenticates the hellscape. Evrenol’s imaginative set design and wise lighting choices envelope Cerrahoglu, his writhing followers, and his victims in a bloody horror like little else in cinema.